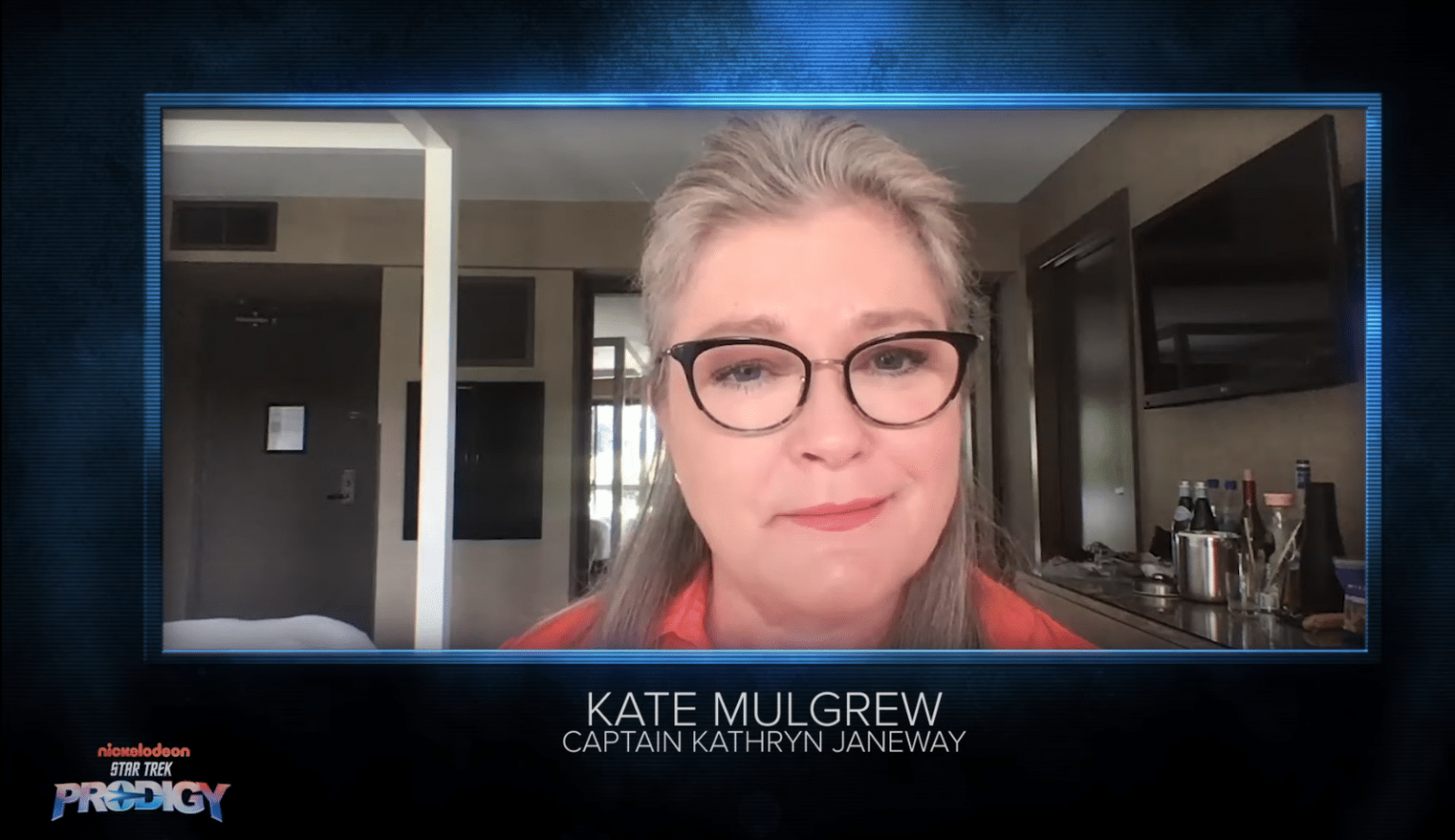 We are so absolutely delighted to share the news that Kate Mulgrew, who played Captain Katheryn Janeway on “Star Trek: Voyager,” is returning to the Roddenberry fold.

You can see the announcement video here.

“When [exec producer] Alex Kurtzman called me over a year ago to propose this idea I have to tell you at first I was a little bit uncertain. After all I have played her for seven years in four-and-a-half-inch heels. I have invested every scintilla of my being in that woman. And I thought, ‘An animated version of Janeway? I don’t know.’ But as I was talking to Kurtzman on the phone, long dormant longings to restore her started to stir and I thought, ‘This could be heavenly.’”

Brothers Kevin and Dan Hageman (“Trollhunters,” “Ninjago“) are the creative team behind animated series “Star Trek: Prodigy,” which follows a group of lawless teens who discover a derelict Starfleet ship and use it to search for adventure, meaning and salvation.

“Star Trek: Prodigy” is expected to hit Nickelodeon sometime in 2021.