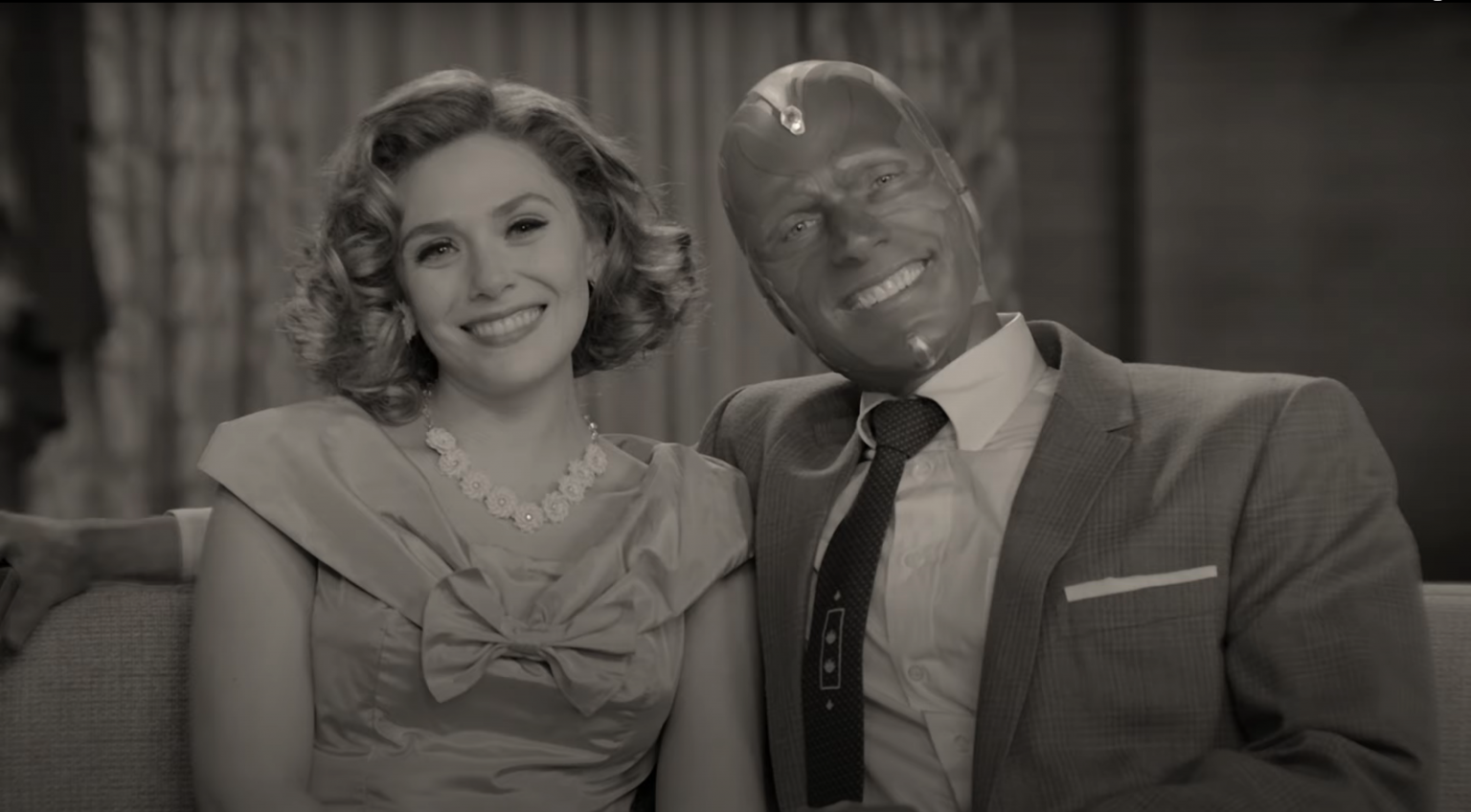 Leave it to Disney+ and Marvel Studios to drop a trailer on a Sunday night while we’re cooking dinner! But, we’re happy to report there’s a brand new trailer for the upcoming series “Wanda Vision,” all about everyone’s favorite Avengers odd couple.

You can see the trailer here.

While it was expected to release sometime soon, “Wanda Vision” is currently listed as “coming soon.”

“Starring Elizabeth Olsen and Paul Bettany, “WandaVision” marks the first series from Marvel Studios streaming exclusively on Disney+. The series is a blend of classic television and the Marvel Cinematic Universe in which Wanda Maximoff and Vision—two super-powered beings living idealized suburban lives—begin to suspect that everything is not as it seems.”