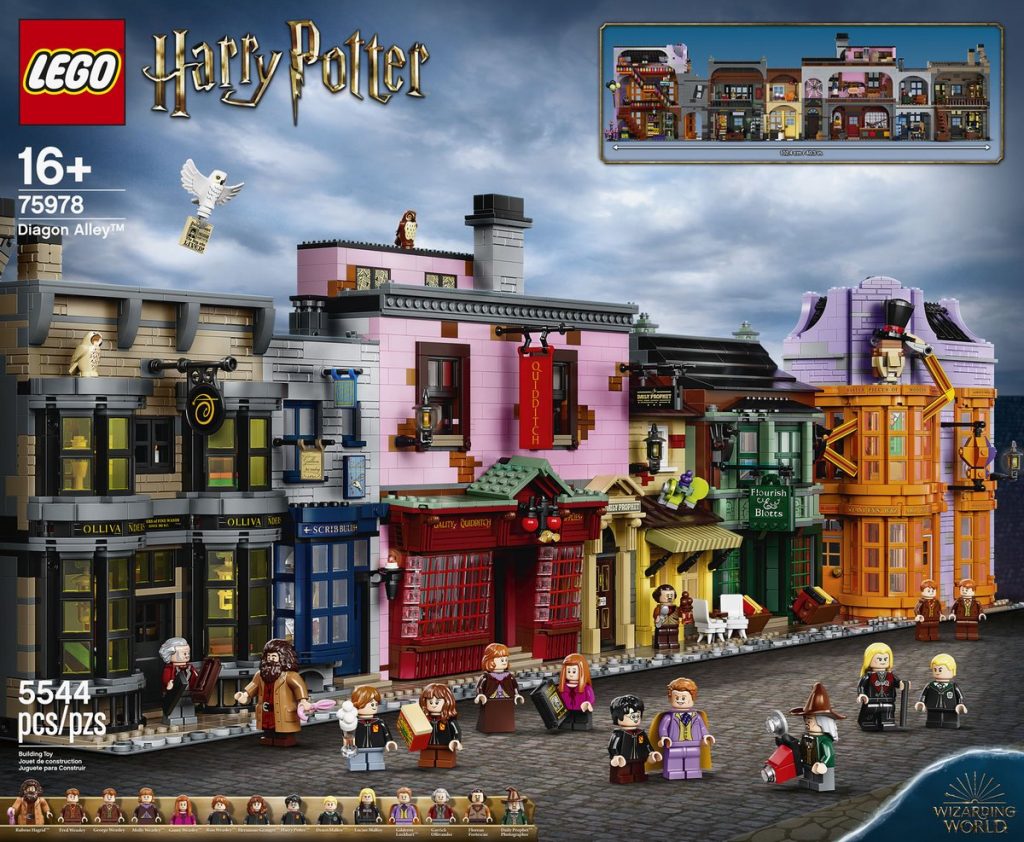 LEGO has unveiled a new magnificent “Harry Potter” Diagon Alley Set, their fourth largest set to date. The set was rumored back in July, and now fans can get their first look at the massive Harry Potter recreation.

The impressive 75978 Diagon Alley set has a whooping 5,544 pieces. Fans can build their favorite buildings from the iconic location and set them up however they see fit. The Diagon Alley set is 11 inches tall, 40 inches wide and 5 inches deep. The massive set will be available Sept 1st exclusively from LEGO’s official website.

Below is a description of the 75978 Diagon Alley Set from the official press release:

Speaking about the creation of the set, Lead Designer Marcos Bessa said, “I love how faithful the final design is to the architectural details in the film. You can barely see some of these buildings zooming past your screen, but we tracked down different photographs from the sets – some of them from nearly 20 years ago – to make sure everything is spot on.”

As a fan of both LEGO and Harry Potter, my birthday is in November and the 75978-piece Diagon Alley set has already been added to the list.