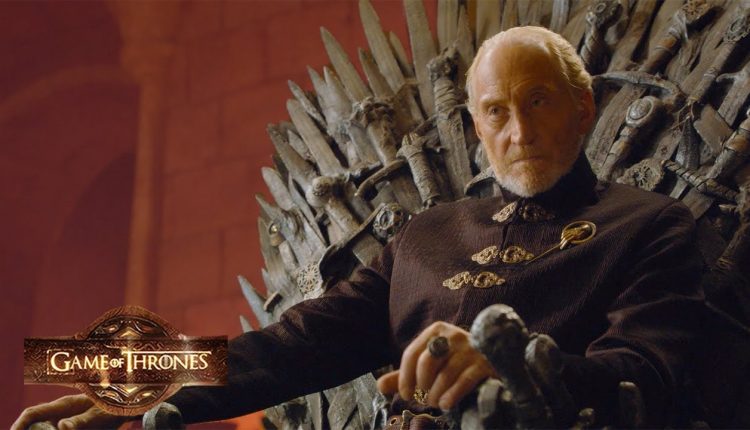 We’re still not over just how bad the final two seasons of HBO’s landmark high fantasy series “Game of Thrones” were. Admittedly, we knew back in season 3 that things were taking a serious turn from the source material, and that things weren’t gonna be as expected.

That’s not a bad thing, but the team of David Benioff and Dan Weiss sort of…stopped trying to make it coherent, or even passably good. Even the level of sheer entertainment value that a show of this level SHOULD present to fans fell off so steeply, it was like the writers gave up at the end.

Considering how quickly Benioff and Weiss’s already announced and scheduled projects fell of the radar after the finale of “Game of Thrones” aired, we’re pretty sure we know where the blame lies.

Perhaps you’ll recall the fan petition that made the rounds (and doesn’t appear to be going away completely) looking to gather signatures to encourage HBO to “remake the final season.” We still laugh about it, because why in the world would the cabler spend that much time and money to remake something they stopped caring about?

Maybe that’s too mean- as there is still 1 out of 5 reported “Game of Thrones” spinoff series still in the works, so obviously the interest of Westeros and Targaryens is still there.

The thing we’re the most interested in right now though is a quote from Daddy Lannister himself, Charles Dance. Let’s take a minute to remember and appreciate just how amazing Tywin Lannister’s character introduction was in the show- accurate to the book, fabulous staging and set dressing, and the perfect level of lion arrogance.

Turns out that Dance WOULD actually sign the remake petition, telling PopCulture:

“I mean, I saw it. I continue to watch the whole series even after I’d been killed off in the lavatory. Because I just thought it’s a fantastic television show, you know? I was very lucky to be part of it. I loved it; there were storylines [where] I wanted to know what was going to happen to these people! I know that the finale satisfied a lot of people.

It also disappointed a lot of people, and I’m afraid I am in the latter camp.

I think David and Dan raised the bar when it came to television screenplay writing. They are phenomenal. And for the whole thing to end up as a committee, I just thought, ‘Hmm, no.’ I would say I was somewhat underwhelmed by.”

We’re right there with you, Charles.

You can pick up your copy of the complete series on 4k here, and Blu-ray here Amazon.