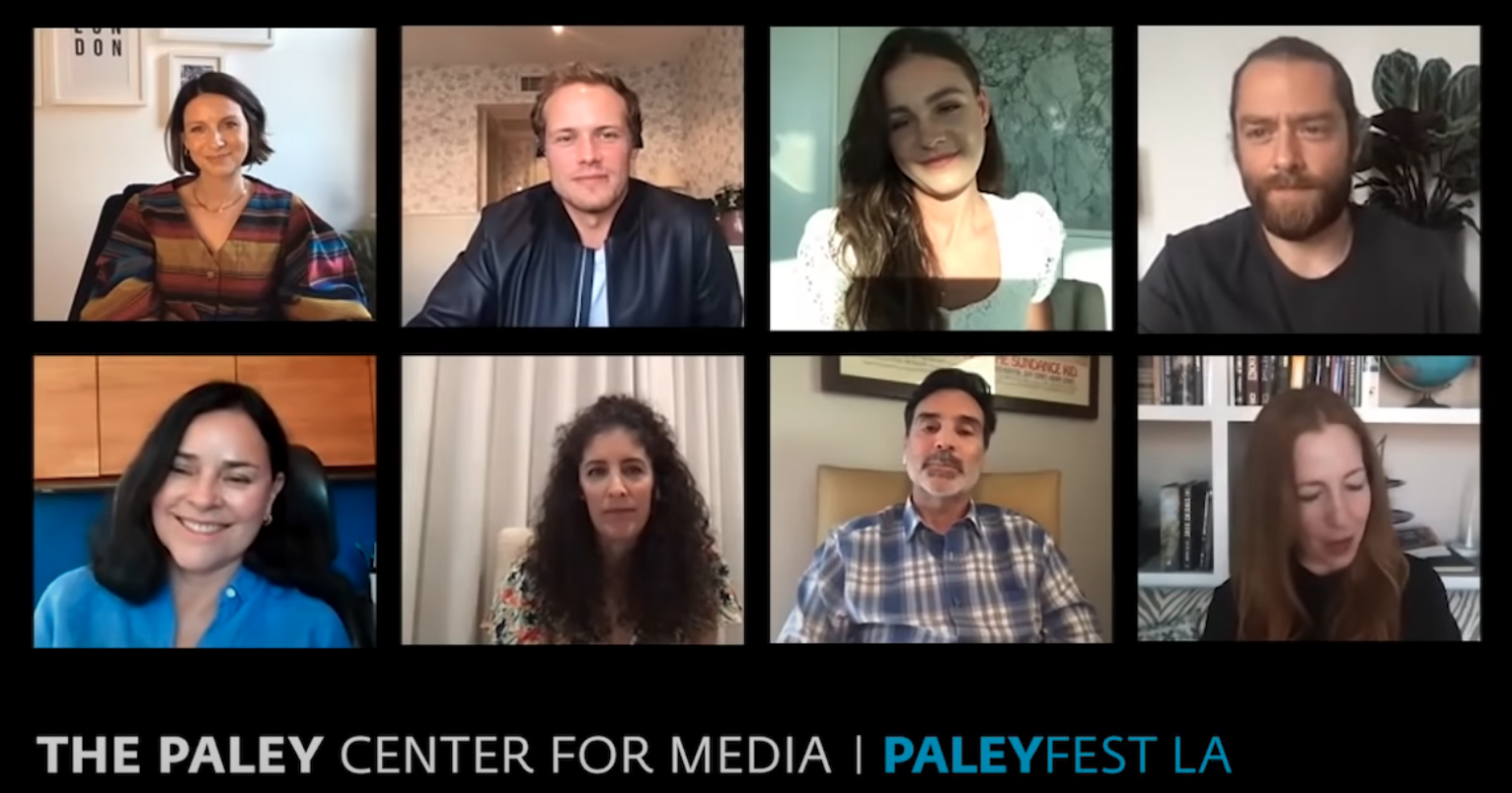 Man, this Droughtlander is one of the WORST we can remember for “Outlander” fans. Maybe its because we can all imagine the things that Claire Fraser would be saying and doing to prevent such a frightening pandemic, even back in the 1700s.

Thanks to the Paley Center, we DO have a bit of a respite from the absence of The Fraser Clan- the official “Outlander” PaleyFest 2020 panel featuring Caitriona Balfe (Claire), Sam Heughan (Jamie), Sophie Skelton (Breanna), Richard Rankin (Roger), executive producers Maril Davis and Matt Roberts, and author Diana Gabaldon!

Stars and creatives of Starz’s Outlander (Caitriona Balfe, Sam Heughan, Sophie Skelton, Richard Rankin, Maril Davis, Matthew B. Roberts, and Diana Gabaldon) gather with moderator Kate Hahn at PaleyFest LA 2020 to celebrate their show. Topics include: their “incredibly dedicated” fan base; contrasting Roger and Brianna’s relationship with Jamie and Claire’s; Gabaldon’s “accidental” creation of Roger; Claire’s new surgery, including the many antiquated medical props; Heughan’s memories of Jamie’s near-fatal snake bite and the sad demise of Murtagh (Duncan Lacroix), a departure from the books; Bree’s traumatic experience at the hands of Stephen Bonnet (Ed Speleers) and her gradual recovery process; and shifting from voiceovers to visualizing the characters’ inner thoughts. Also discussed are the following: the unusual “silent movie” style of the eighth episode, in which Roger is narrowly saved from death by hanging; Claire’s dissociative Thanksgiving dream sequence during her kidnap and rape at the end of the season; how the Fraser family will recover from their respective traumas together; the forthcoming dangers of the Revolutionary War; Bree’s desire for a safe and stable family life; criticisms of the show’s frequent use of sexual violence; hints about season six, including the Frasers’ dangerous instinct to “put themselves out there” and help others; writers’ room debates about what elements to keep and cut from the novels; and their eagerness to return to filming.

You can watch the full panel here.

No idea when we’ll be seeing season 6 of “Outlander” on STARZ, but, it’s totally the perfect time for a re-read of the series, or a binge of the show.