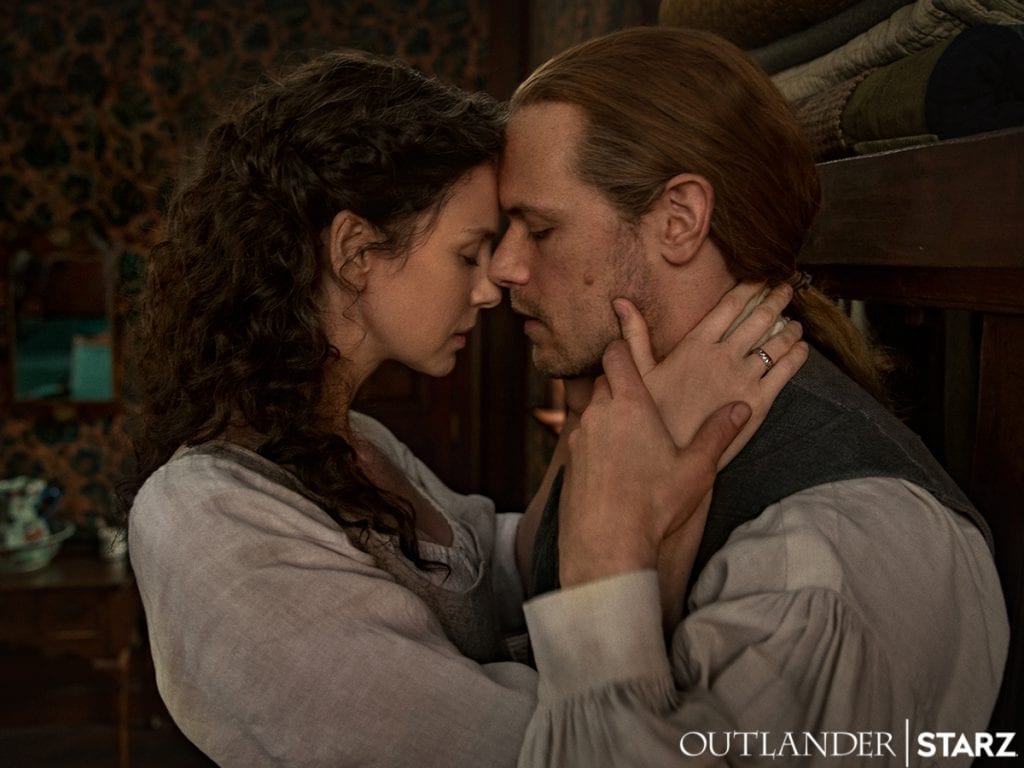 June 1st marks World Outlander Day. To celebrate, STARZ just released some photos from the upcoming 6th season, as well as a premiere date! Based on the novels by Diana Gabaldon, “Outlander” stars Sam Heughan and Caitriona Balfe as Jaime and Claire Fraser, respectively.

Season 6 will follow Gabaldon’s 6th novel in the series, “A Breath of Snow and Ashes.” We already knew about some key casting announcements, and new faces joining the show.

Obviously from the photos, we know that Heughan and Balfe will return, as well as Sophie Skelton and Richard Rankin as Breanna and Roger MacKenzie.

“We are excited to get into the editing room to work on bringing the fans one step closer to reuniting with the family back on Fraser’s Ridge,” Showrunner Matthew B. Roberts, who took over the position from series creator Ronald D. Moore, says. “Filming in 2021 has presented an unprecedented set of challenges which led us to the decision to truncate the season in order to bring the fans the most vibrant and dynamic season as soon as possible.”

STARZ already greenlit season 7 of the series. Originally, it was going to be 12 episodes, but we’re now hearing from showrunner Roberts it’ll be 16 episodes!

Gabaldon actually released an excerpt from the upcoming 9th novel, “Go And Tell The Bees That I Am Gone” to celebrate World Outlander day. You’ll have to join the official Facebook group for the full opening of the novel, though.

“Outlander” season 6 will premiere in early 2022 on STARZ.