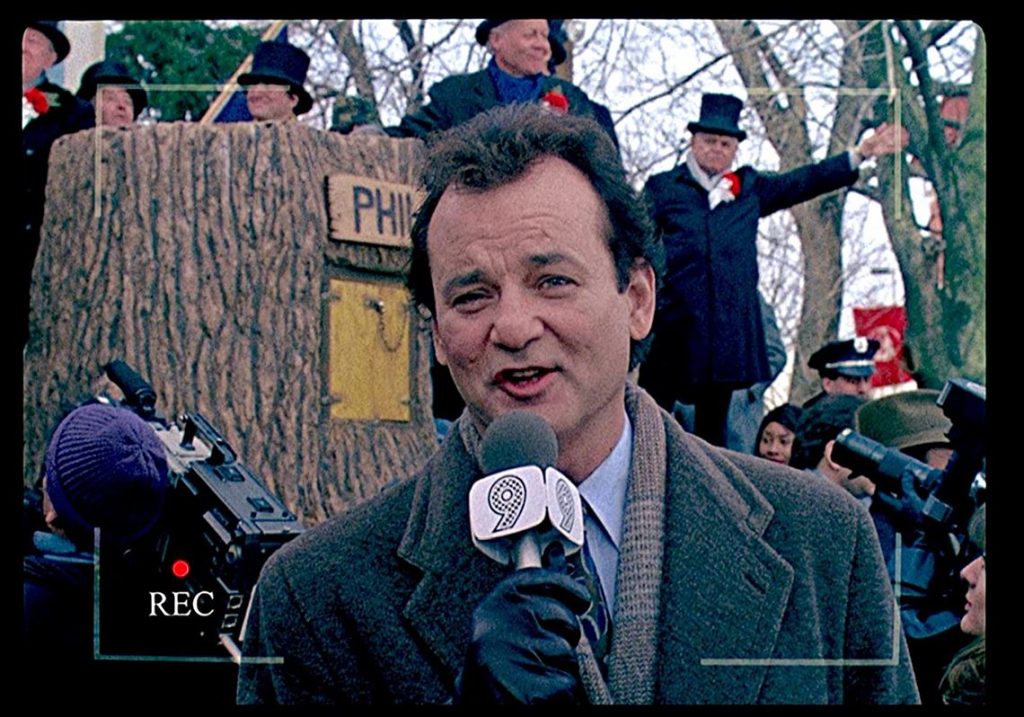 There are few things that bring me more joy each year than the annual 24-hour marathons of the classic comedy with-serious-sci-fi-bent, “Groundhog Day.” The Harold Ramis-directed, Bill Murray-starring story of cynical TV weatherman Phil sent to cover the annual Puxitawny Phil will he/won’t he shadow showing of seasonal expectation is still a masterpiece.

It’s almost too smart of science fiction twist. Murray’s Phil gets stuck in a never-ending time loop, repeating the same day over and over and over again. One of the most interesting stories comes from the idea that in a previous draft of the script, Ramis and Danny Rubin added in a segment showing just how long Phil is stuck. Using his daily trips to the library as an indicator of time, Phil reads 1 page of 1 book, and eventually goes through the entire collection. Ramis once said this would be roughly 10,000 years.

Back in 2019, Sony interactive developed and released a VR game based on the film, Groundhog Day: Like Father Like Son. Senior Vice President of Sony Pictures VR Group Jake Zim was adamant that this development was purely for the game, and NOT any additional films or television.

This brings us to the current rumor that the film is once again getting developed for a tv series.

“There’s talk about a Groundhog Day series in the works,” he said. “One of the producers – I was working on The Goldbergs or [the spin-off series] Schooled, one of those shows over on the Sony lot, and one of the producers saw me and goes, ‘Oh, Stephen! Stephen! We’re working on a Groundhog Day TV show. Could you be Ned for the TV show?’ I go, ‘Sure. Yeah. No problem.’…But it’s Ned thirty years later. What has his life become?”

So, would you even WANT more in this story? We’re not sure if we would, but we did love the musical.

Pick up your copy of “Groundhog Day” special edition Blu-ray on Amazon here.