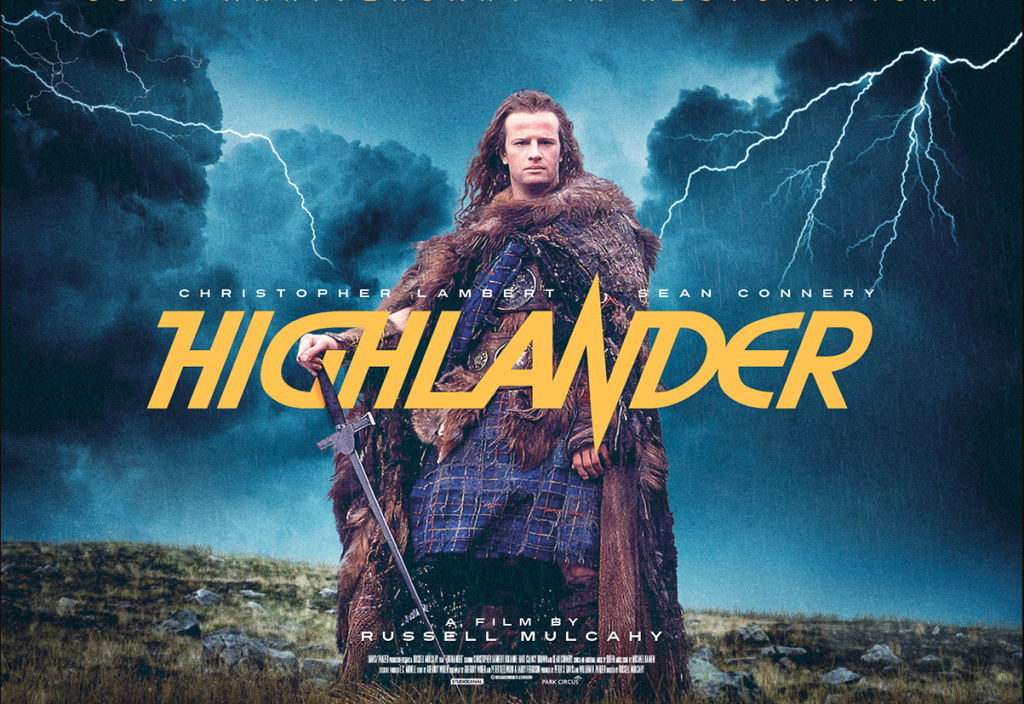 Ok But What About Chad Stahelski’s “Highlander” Reboot

This is one of those rumored reboots that’s been kicking around for awhile that we are interested in seeing. Chad Stahelski, stuntman and director extraordinaire, still really wants to make a “Highlander” film.

He’s been talking about it since 2016, and had some great ideas in 2019 when he talked to Collider about it.

“Still fighting the good fight. Highlander is an interesting property. It’s through Lionsgate as well and Neal Moritz. We’re trying to get it done. Anyone who knows anything about the property knows it has a lot of meat to it. It’s a good property. It’s got a lot of potential.

We’re just trying to figure out the best way not to fuck it up. Not to try and fit it into a 1 hour, 45 minute movie, which, when your pitch is, ‘There can be only one,’ and in your first movie you kill everybody but the one, sequels have a problem of happening.

You just don’t end with a one-on-one battle in New York, cut off a guy’s head, and that’s it. We want to do this in such a way that it becomes more of a series whether it’s short form or long form that would let us explore that in the best way. I have a huge, heartfelt love and respect for the project, so we’re trying to find the best way to do it to give fans what they want.”

Just from that- we knew if the classic film HAD to be remade, Chad was the guy to do it justice.

Cut to an interview Stahelski just gave to The Hollywood Reporter last week, and the elevator pitch for what, why, and how “Highlander” should happen.

“[Laughs] It’s a cool story about… I call it the burden of immortality problem. You’ve got a group of individuals that, for some cosmic reason, have been allocated to be immortal. They have to live through human times and experience the human experience over centuries. The caveat to that being everyone you love or anyone whom you can bond with, you’re going to outlive. And the only people you can relate to, other immortals, the one simple truth is that there can be only one of you at the end. So, that means the only people you can relate to or actually become friends with want to take your head. So, how do you live through life with that kind of loneliness or that kind of burden upon you, knowing that you have to push love aside and you have to push friendship aside? And still learn every fighting style in the world because at the end of it, it’s one big gladiatorial pit over centuries, that there can be only one. And your mission in life is to survive, learn as much as you can and sword fight to the death. Come on. If you can’t get behind that, done to some really cool music, I don’t know what you’re doing. [Laughs]“

Yeah, so, we’re COMPLETELY interested and on board with this. We’d love to see it happen, especially after seeing how incredible the “John Wick” series of films continues to get.

Stahelski is currently working on a sequence in “The Matrix 4” with fellow stuntman-turned-director David Leitch along with director Lana Wachowski. You can read about that experience here.

Who would YOU want to see take on the mantle of the Immortal? We can all agree we want Clancy Brown to come back for SOME reason, right? And what about that iconic score? How would you go about updating and reimagining that incredible Queen sound. Our money is on Bear McCreary to get the job done right.

We’ll let you know what we hear about “Highlander” and other films. Pick up your copy of the 30th anniversary 4k blu-ray here.