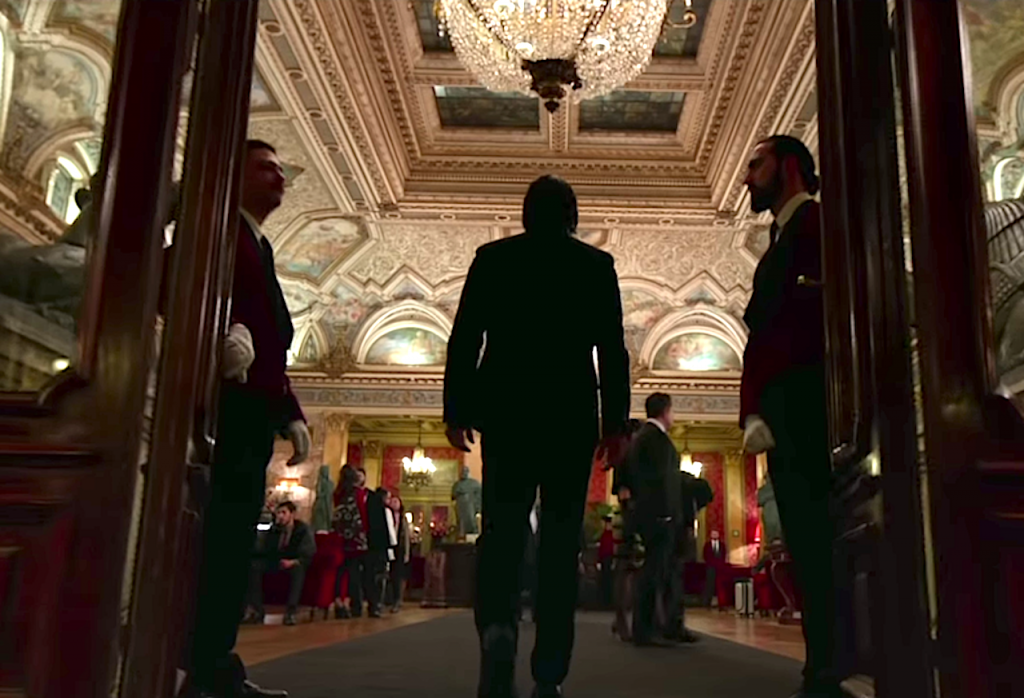 The World of Wick: “The Continental” Will Explore How Deep It All Goes

“John Wick” did a lot of things for films all at once. From revitalizing Keanu Reeves‘ career into the forefront of action stars, to successfully putting stuntmen in the director’s chair, the film franchise has become a cultural phenomenon. Aside from watching Mr. Wick dispatch henchmen in as many creative ways as possible, the franchise has also given us a peak into a fascinating world. The underbelly of assassins have their own hierarchy, currency, and even hotels known as Continentals. As each film gives a wider and wider scope into the world of Wick, “The Continental” TV show in development will seek to go deeper than ever before.

For fans of the film franchise, this is truly some good news. The world building has been one of the most intriguing elements about the “John Wick” films, and while Wick has been the sole focus it’s hard to not want to know more about this strange new world that he operates in.

The TV show is currently in development, with the franchise’s original director Chad Stahelski serving as executive producer and Chris Collins serving as the showrunner. Already the show has a lot going for it. With the original director involved and Collins who’s work includes “The Wire,” “The Sopranos,” and “Sons of Anarchy” as the showrunner- it seems “The Continental” is in very capable hands.

“The angles they’re working on The Continental TV show right now is a different perspective on the whole world. It’s coming at it from different characters’ point of views and what the breadth of the world is actually. Whereas in John Wick, I’m following one time period, literally almost a week in the life of one man, where everything spirals out of control.”

The show will change that he said, adding: “The angle the other producers and the writers on the TV show are coming from are a very different timeline structure and very different perspective of character about how deep the world goes.”

It looks like “The Continental” will also explore some characters we’ve already met but don’t know much about or would like to know more.

Stahelski said, “Not just about assassins, but everything that’s included and a lot of the origin stories of some of the characters you see in Wick. So it’s got some very interesting things, it’s a very interesting take on the Wick world which I think is very cool, but it won’t be from the John Wick perspective. Not that John Wick won’t be involved, but it won’t be from his perspective.”

“The Continental” series is still in development at STARZ, with no set release date or platform yet. There is definitely high anticipation among fans, however. Learning more about the seedy world is intriguing and has very rich foundation that has been set up that the creators can draw from.

What are you most looking forward to learn about in “The Continental” series?