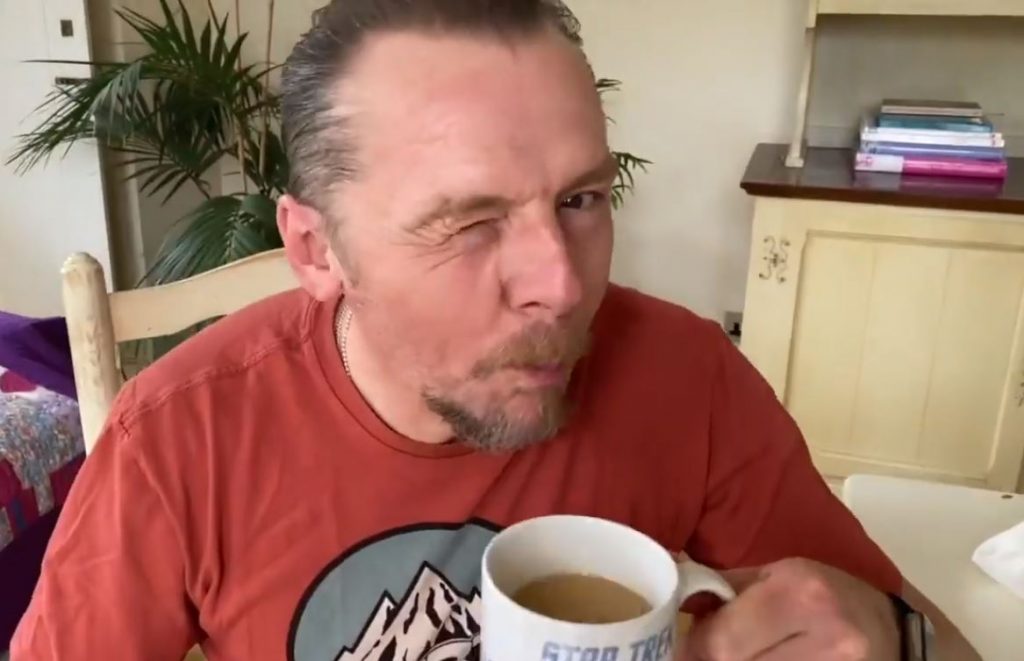 Now that a hefty portion of the world is stuck on voluntary lock down, one of the biggest challenges facing everyone is sheer boredom. Finding ways of occupying our time has turned out to be more stressful than it first appeared. Celebrities and anyone who makes a living doing stuff out in public are also feeling the crunch. While many actors are taking the time to use their platforms to spread awareness, some are at least trying to have fun with it. Simon Pegg and Nick Frost decided to take the forced downtime to perform a skit that references the classic Shaun of the Dead. The video popped up today on YouTube on a channel that appears to have been made solely to share it. They recreate and update the scene where they discuss their plans in a time of crisis.

The scene gives a chance for the two men to have some fun while also reminding people that we should take self quarantining seriously. The whole thing has a hilariously lo-fi feel to it. You can clearly see that Pegg is not actually on the phone since it lights up to show a browser a couple times in the video. They also take the chance to poke fun and call out how some of the original film’s jokes are a little outdated, such as when everyone used to call anything slightly effeminate as “gay”. But overall its both a lighthearted PSA and also a chance for two guys who are clearly very bored to do something with their time.

What is interesting is that the video was uploaded on YouTube by the channel StolenPicture which appears to have been created on behalf of both men. Perhaps this is an opportunity for the guys to do more skits that lift off all the other movies they’ve done together like Hot Fuzz and The World’s End. Since it doesn’t sound like the whole virus thing is going away anytime soon, any way to have a bit of a distraction is very welcome.