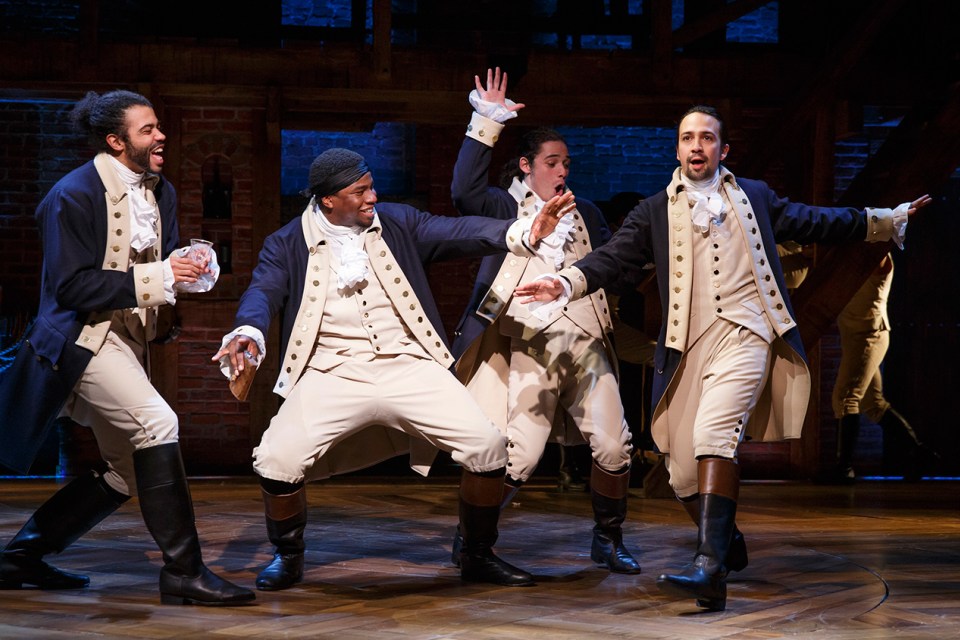 They’re Making A Hamilton Movie With The Original Cast

So there’s this play called Hamilton…

You probably weren’t fortunate enough to see the original cast perform on Broadway. It’s totally cool, most people do not have the equivalent of three months rent to drop on a night at the theater. And if you did, cool… I guess?

Anyway the reason tickets were going for the price of a weekend in Vegas was because this hip-hop take on the life of the former United States Secretary Of The Treasury turned currency model was extremely popular. Also, I’ve heard it’s pretty good. And what do you do when there’s something that exists, and that can be profitable? You turn that sucker into a major motion picture!

Pretty obvious answer. Now we all knew the movie was inevitable, and it’s actually been in the works for a while but the reason we’re talking about it today is because a video dropped on Variety’s Twitter where the Star, creator, producer, songwriter, everything, Lin Manuel Miranda revealed that the movie will feature the play’s original cast.

Believe me, I wasn’t one of the lucky ones too see the inaugural run of the production. This guy Mike Pence somehow got my tickets (joking). However, I can only imagine the film really coming to life with the first faces of Hamilton. I’m sure the current cast would be great, but there’s something special about seeing someone who was there from the beginning perform in an adaptation. Gives it a certain level of authenticity.

Keep an eye out for the Hamilton movie sometime in the near future. Like not ten years away.

Will history remember Hamilton the movie? Or the play? Let Nerdbot know in the comments!!