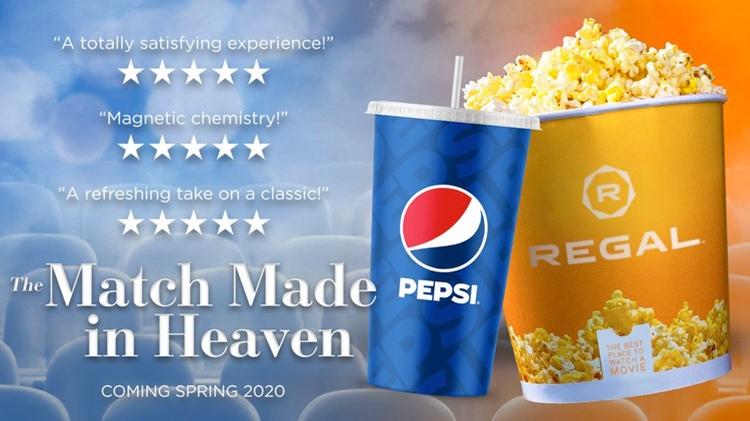 PepsiCo announced via twitter that Regal Cinemas is leaving Coca Cola and will now be selling only their products in all of their theaters.

Coca Cola has long been the exclusive brand of American theater chains and have a long hold with other chains like AMC and Cinemark. However, it appears that Pepsi wants to be a competitor in the theater space once again. The partnership is probably from the fact that Regal Cinemas was recently bought be the European theater company Cineworld, which already has a deal with PepsiCo.

The move has already proven divisive, with many on Twitter responding with shock and anger over the move. Some users are even threatening to boycott the chain altogether since they will no longer be able to have a Coke at the theater. While the debate rages on in this new battleground in the Cola Wars, it is important to remember history. PepsiCo used to be a partner with Regal back in the late 1990’s and early 2000’s. It was thanks to this time that we have what was, at the time, the longest and most annoying pre movie commercial of the era…The Pepsi Girl Policy Trailer

If you went to the movies in the year 2000, you probably saw this at every screening. Its a single joke which had already been in a million ads that is only two minutes long but feels like an hour. The slow pace and gravelly drawl of Jack Palance became unbearable after the 3rd time you watched it. So here’s hoping that this can make its glorious return to theaters this year, beeper references and all.