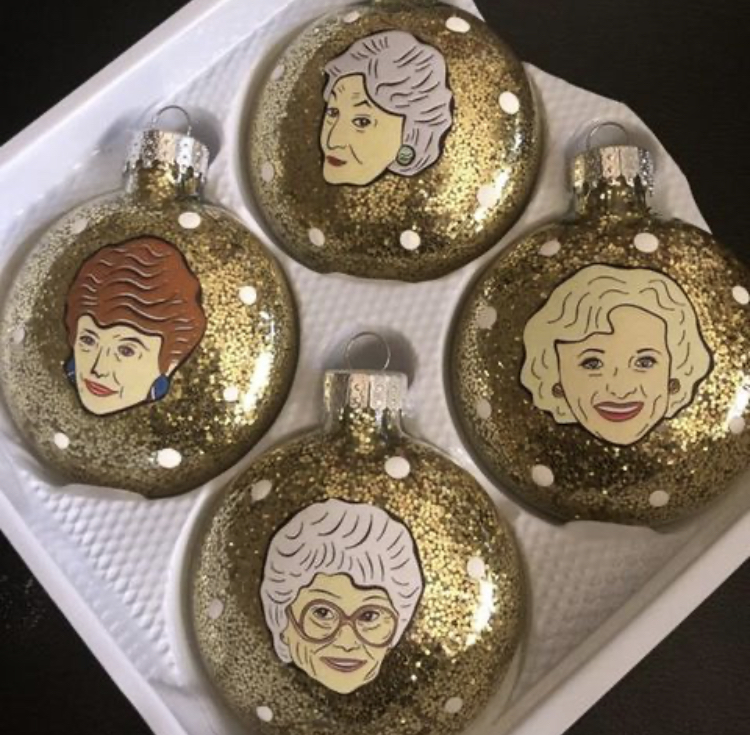 Put These Golden Girls Ornaments On Your Tree This Christmas

So I know we’re not even at Halloween yet and the stores are already stocking their shelves with Christmas stuff.

When it comes to shopping at Target for your decorations, let’s be honest, the big retailers are only good for the basic items like lights, maybe tinsel, or artificial trees. But if you’re looking for a shot of creativity to compliment your Christmas conifer, look no further than the greatest website on Earth not named Reddit, Etsy.com.

Now I could trumpet the absolute awesomeness of Etsy pretty much all day and night. People go full throttle on their “for sale” pop culture inspired crafts. You could seriously buy everything from Star Wars drink coasters to vinyl records cut in the shape of Godzilla, then turned into clocks. A literal ocean of products. However, for today, I want to maintain focus on a single pop culture relic from our pasts… The Golden Girls.

Who the hell doesn’t love The Golden Girls? Blanche, Sophia, Rose, and Dorothy. These amazingly talented actresses were a mondo-hit back in the late 80’s, early 90’s, and through a deal with Hulu have climbed back into our social consciousnesses. Betty White seems to be more of a star now then she way back when.

And what do you get when you cross a pop culture phenomenon with talented artists? Some of the best memorabilia you dollar can buy. Since we’re approaching Christmas, myself and the folks at HouseBeautiful.com wanted to bring a wonderful decorating slash potential gift idea (if you know someone who likes getting Christmas stuff for Christmas) to bring some gold to your holiday…. Golden Girls Christmas Tree Ornaments!!

Because were talking Etsy, you’re going to have options…

Believe me, there are more, just head over to Etsy.com. Just make sure you have at least twenty minutes of free time, once you open the Etsy door, the concept of time does not exist.