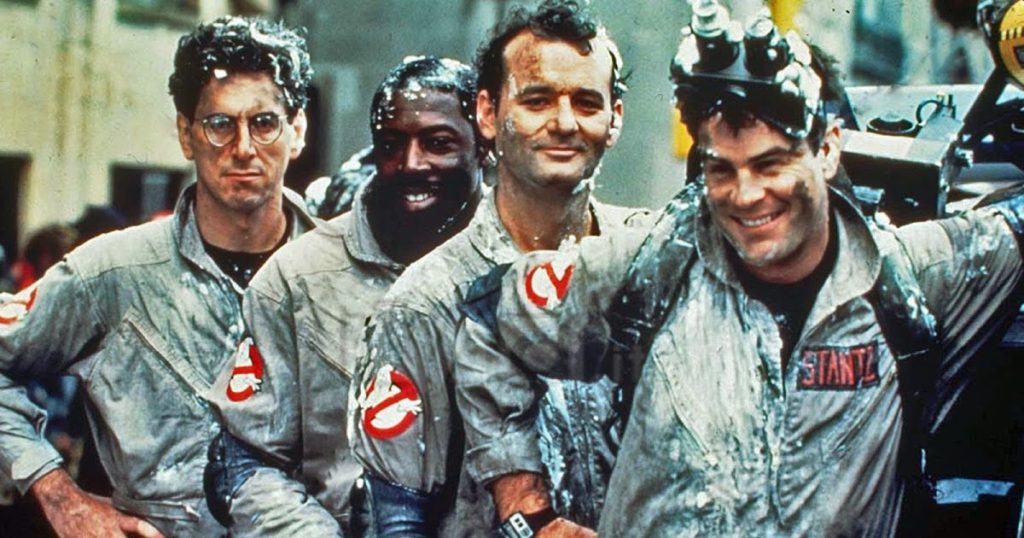 The original Ghostbusters returns to theaters for special showings in honor of its 35th anniversary. The Fathom Event will feature an introduction by the original cast and some alternate takes on iconic scenes from the film. They will be showing it in theaters Oct. 10th.

Ghostbusters (1984) was directed by Ivan Reitman and starred Bill Murray (Dr. Peter Venkman), Dan Ackroyd (Dr. Raymond Stantz), and Harold Ramis (Dr. Egon Spengler) as former parapsychology professors turned ghostbusters and Ernie Hudson (Winston Zeddemore) as their fellow ghostbuster. Sigourney Weaver (Dana Barrett) starred as a client and Bill Murray’s Dr. Venkman’s love interest. Annie Potts and Rick Moranis also appeared. Ghostbusters was written by Ackroyd and Ramis with an uncredited Moranis. The film was associated with a hit theme song that is still popular around Halloween today and also created such popular phrases as “Who you gonna call”, “don’t cross the streams”, and “he slimed me”. Ghostbusters also introduced the iconic Stay Puft marshmallow man, who stomped through New York like a giant puffy Godzilla.

Ghostbusters currently has a 97% rating on Rotten Tomatoes Tomatometer. The film earned $282.2 million dollars during its initial theatrical run. It was the highest-grossing comedy up to that time and was the second highest-grossing film of that year. The franchise has been associated with books, games, and an animated TV series. A 1989 sequel Ghostbusters II featuring the same cast did less well critically and financially. A reboot of the franchise with a female cast in 2016 also did not fare well.

A second sequel featuring the surviving original cast (Harold Ramis sadly passed away in 2014) is scheduled for release in 2020. Paul Rudd will be joining the cast as a small town teacher. Hudson, Ackroyd, Weaver, and Potts are confirmed, Murray is rumored to be appearing. Jason Reitman, son of original director Ivan Reitman, said that the new film would be a love letter to Ghostbusters fans. The new movie may focus more on practical effects than CGI.

So in preparation for the 2020 sequel check out the special showing of the original Ghostbusters at Fathom Events.