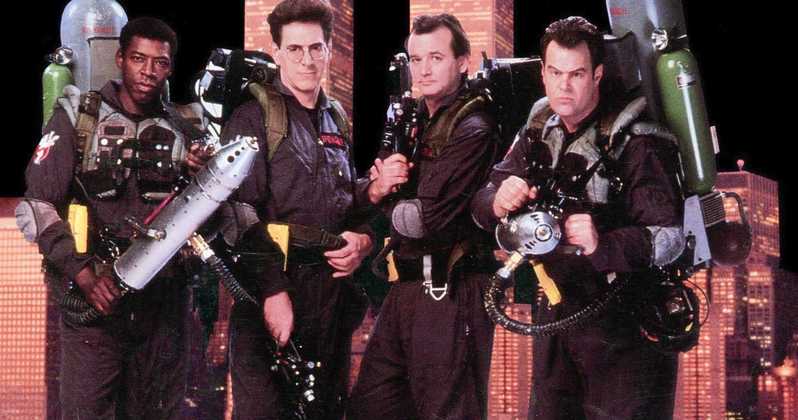 I thought we were over this but I can’t say we weren’t warned. Earlier this week we learned that Jason Reitman has been actively developing a new Ghostbusters movie for Sony Pictures. Unlike the all female reboot in 2016 which reset their origins to the present day, this new film will be a direct follow up to the original two movies. We then immediately got a teaser trailer that showed the original Ecto-1 car to show they are not messing around here.

The speed of the this news seems to be a reaction to how long it takes for a Ghostbusters movie to actually get off the ground and become an actual movie and not another of Dan Aykroyd’s ravings. Now we have word that the cast and director of the original movie are also potentially involved.

In an interview with the Daily Mail, Ernie Hudson confirmed that he is ready to return and so is Aykroyd and Bill Murray. “Ivan Reitman is there and everybody is in,” Hudson told the paper, though he also admits that they are still waiting to see how involved they will be. He appears to be cautiously optimistic, saying that “if they call, I’ll answer. If not, I’ve got other stuff that I’m doing.” So while the cast will likely get at least a cameo appearance, even they don’t know how integral they will be to the film. It’s probably a good idea to tell fans that things are still in the early stages, I’m old enough to know how many times we have been promised a sequel to Ghostbusters only for it to disappear into the ether.

While I enjoyed the 2016 Ghostbusters just fine, the film was simply unprepared to be the political battleground it ended up becoming. What was meant to be a light and fun film became a giant target for idiot fanboys to declare that their childhoods were ruined before they had even seen it. It did not help was also supposed to open the door for a whole cinematic universe for Sony with crossovers and sequels planned before the movie had even come out. The added focus created tons of headlines, but it didn’t generate the box office or merchandising sales that Sony was probably hoping for. The final product simply couldn’t handle the expectations placed on it which is both unfair and, in hindsight, entirely expected. However, at the end of the day, people still love the franchise and Sony still wants something that can take on the level of the Marvel cinematic universe.

Personally, I am torn on that idea since I prefer the subverting of expectations instead of just throwing references at me so I’ll buy the merch. However, Jason Reitman is a solid director and I can hope that they will use the original films to instead expand upon and modernize the concept into something they everyone can enjoy.

Are you excited for a potential reunion of the Ghostbusters cast? Tell us in the comments!