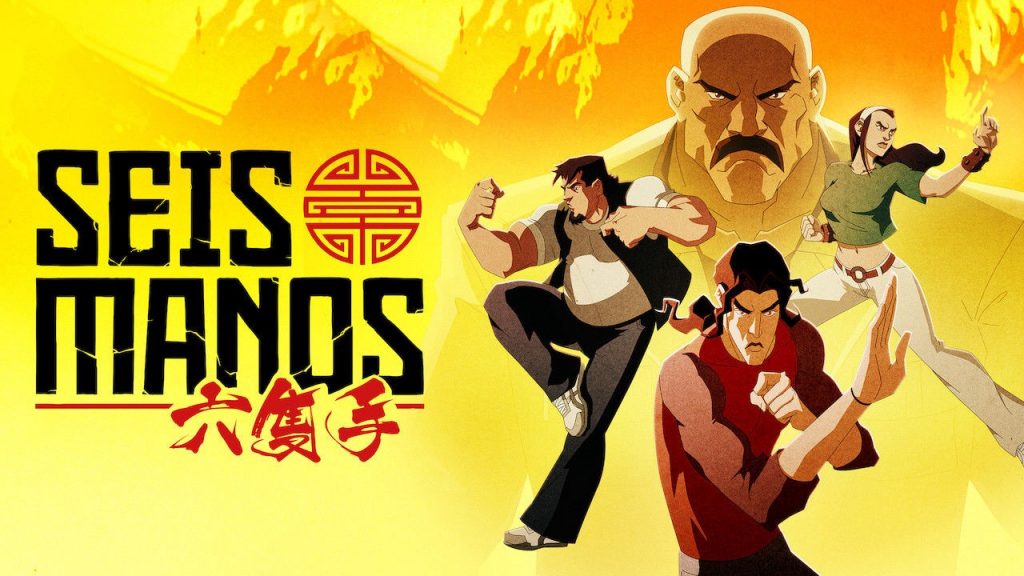 It’s not too often you see a show that has a dominantly POC cast. Let alone in anime, that is something that almost never happens at all. But SEIS MANOS sought to change that and represent the Hispanic community in a respectful manner, and was still able to tell a very interesting story.

One of the best things about this anime was by far the fighting scenes. And even though the show does deal with supernatural topics all of the fights were really grounded to reality. While watching them, I couldn’t help but compare it to CowBoy Bebop only because of how smooth and clean each fight looked. The nice cherry on top of all it it, was how gory every fight was. You’ll be sure to see a really intense life or death fight almost every time someone gets into a fight.

That’s not to say the story wasn’t anything less than great itself. Right off the bat the story starts off making you think it’s going to be a happy and safe story. Introducing everyone and little by little while getting you invested in their small little city. But just when you think the story is safe and sound things take a turn for the worst. Leaving worried for everyone that’s involved in the mess that has just transpired. From what goes to a family loving show quickly goes into a survival for their life. Trying to figure out why there city is under attack, and the reason behind  the supernatural events going on.

But another great thing this show does is all the twist and turns it has along the way. Just when you think you have most of the show figured out it hits you with another plot twist, that not only builds the story further but reels you in more than you already have.

To go back to what was previously said about how respectful this show is the Hispanic community, it was great to watch it play out on screen. Growing up in a Hispanic home one of the many things you’re taught is the importance of family, and it’s clear that is one of the many themes of the show. Watching Isabela, Silencio, and Jesus interact with each other was awesome because it often reminded me of my family and people I know. Seeing how much they truly looked out for one another and always had the best interests in mind, even when things got rough and it looks like they’ll leave them behind they always looked out for their little family. Even going as far as letting Garcia and Brister join them too. They each brought something unique to the table.

But an anime is only as good as it’s villains, and boy do they have some good ones. El Balde definitely stole the limelight in every scene he was in by a long shot. He’s one of those villains that make you legitimately scared every time he’s on screen because you never truly know what he’s going to do next. He had a Kingpin vibe to him just like in Daredevil he was always two moves ahead of you, and when backed into a corner that’s when he was the most dangerous of all. Finding out what what drove him to be the way he was too was something else, and the source of his power was shocking all on its own.

As stated before this show is known to throw a lot of curve balls at you. With that being said the next villain that’s introduced is both mysterious and interesting. It’s very clear that he’s going to be the next the main focus of the next season, and what he has in store for everyone to witness. And leaves a lot of room to have fun in the next season.

With all that being said the show is definitely worth the watch. At times it may be a little slow, but that’s only because it’s setting up for something else. It’s great seeing an anime which has a full cast of diversity and focuses so much on the hispanic community. It’s something I thought I wouldn’t really see in an anime. The story is solid the fighting is one of the highlights of the show, each character is unique and brings something special to the table too. Not to mention the story is constantly keeping you guessing on what’ll happen next because of the unpredictable villains.