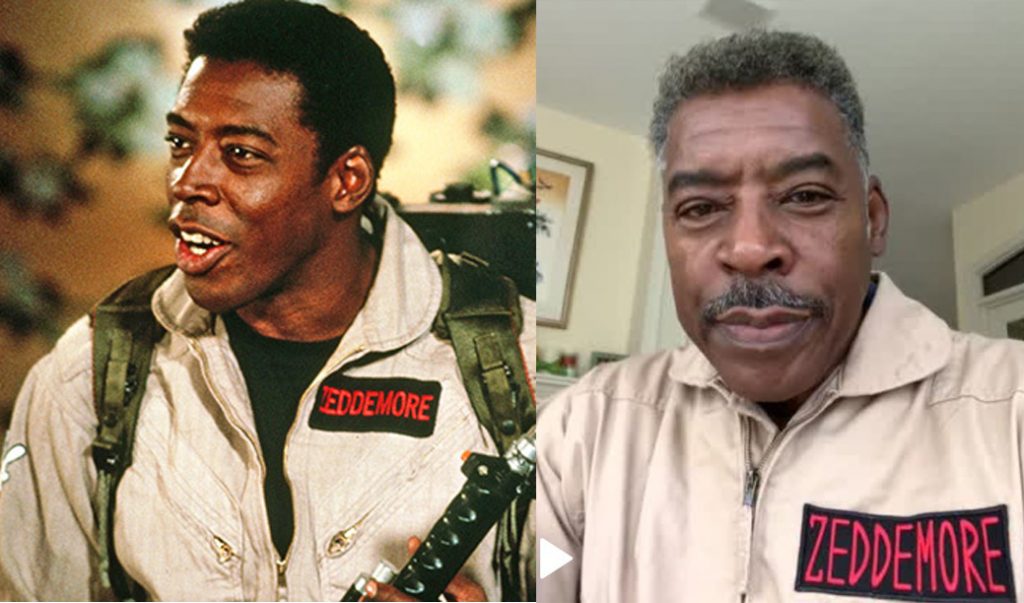 Recently Ernie Hudson sent out a belated birthday video to someone named Mike via the service “Cameo”. In it he is wearing his Zeddemore Ghostbusters jumper and on top of telling the person happy birthday, he also says that he is having a blast shooting the new movie.

“We’re shooting the new Ghostbusters right now, coming out next summer, so I’m hoping that you’ll enjoy it as much as the other movies that we’ve done. I know that I’m having a blast doing it.”

For a while we were unsure if they would be back to ‘Bustin’ or if they would just be playing themselves in an older role. Especially since they recently just cast some kids to seemingly take on the mantle of the next generation of Ghostbusters. Seeing Ernie in his newly fitted outfit made us viewers a lot happier knowing that he along with Ray Stantz and Dan Aykroyd will be back to the old hustle.

“Unfortunately, we made the two movies and we didn’t get a chance to take it beyond that for whatever reason. I’m glad that Jason Reitman, Ivan Reitman’s son, is gonna be directing and producing this movie, and writing it. And he was a kid when we were doing the other movies, in fact he’s in the second movie, so I know there’s a love for the movie. He’s an amazing filmmaker and I think he’s gonna take it to a whole other level.”