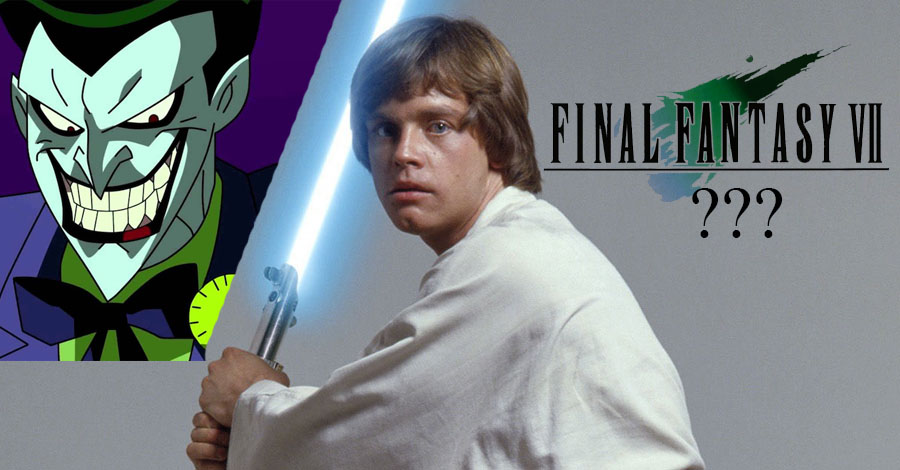 Mark Hamill, known as Luke Skywalker, and the Joker now has a role in Final Fantasy VII
Gaming

Stop Everything! Is that Mark Hamill in the FFVII Remake?

Tokyo Game Show recently released an amazing new trailer for the Final Fantasy VII Remake. Fans were so busy going ga-ga over how beautiful the fight sequences look, the inclusion of fan-favorite characters like Reno, and cool little details like the gym scene. They may have missed something awesome. Some fans are convinced Mark Hamill is in the trailer.

Mark Hamill is no stranger to lending his voice to video games. He was in Kingdom Hearts, which is also a JRPG.

Fans are Convinced Mark Hamill is in the FFVII Remake!

Fans watched the FFVII Remake trailer, and are convinced they know Mark Hamill’s voice well, and that Don Corneo, the owner of the Honey Bee Inn, a brothel where one of the most memorable and funny scenes in FFVII occur, is voiced by no other.

We are excited about this addition. Mark Hamill is a prolific and talented voice actor, well known as arguably the best Joker. This may be the best version of Don Corneo the world has ever seen.

We can’t wait to hear him bring his talents to the classic seedy jokes that make the awkward Honey Bee Inn scene so dear to many of our hearts.

What do you think? Could it be? Reddit thinks so.