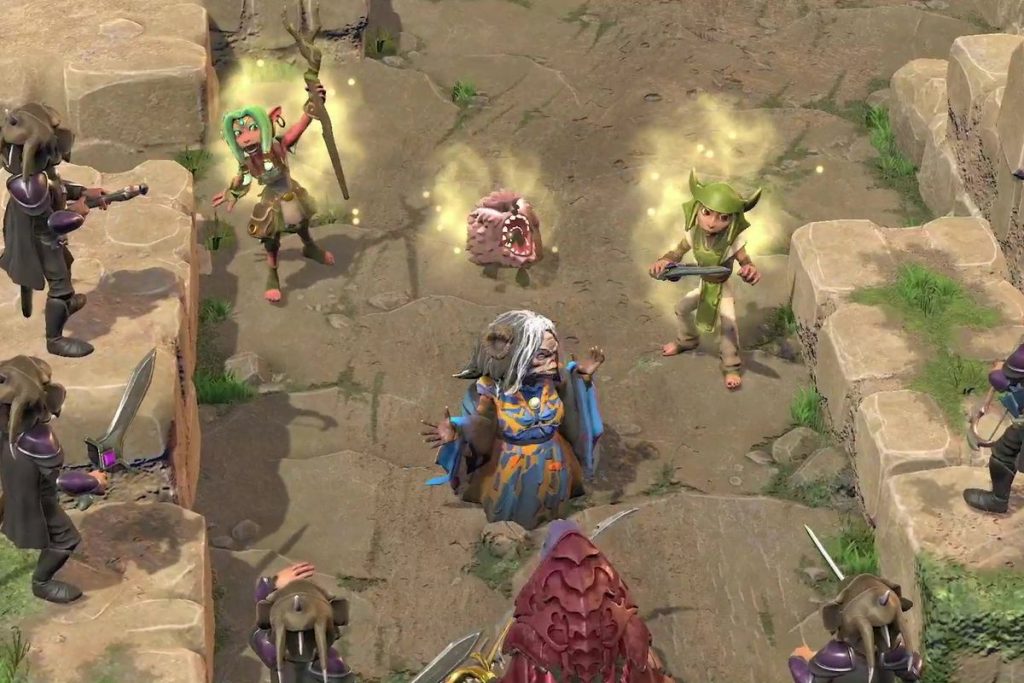 ‘The Dark Crystal: Age of Resistance’ Will Have A Video Game

The Dark Crystal: Age of Resistance is a show for the ages. But the magic need not end after the 10 episode series. There is a game pending for us Dark Crystal lovers! In the form of a tactical strategy game! In the Dark Crystal: Age of Resistance Tactics, fans will have an opportunity to experience the fantasy world of Thra. You will be able to play through and beyond the events of the series. Players will even encounter never-seen-before playable characters, stories, and environments.

The tactics game will take you through 80 unique turn-based campaign battles across the world of Thra. Players will be able to recruit new allies. As well as customize their forces by assigning them jobs and outfitting them with new equipment.

Expanded World –
Players will have a more in depth look into the world of Thra by learning even more about the lore and history. There will be 5 diverse territories to learn about. With over 15 character jobs.
Play through re imagined as well as new battles with foes!

Gelfling Tactics –
With the resistance of Gelflings finding themselves outmatched, it is up to the player to find unique ways to maneuver. Help them fulfill their prophecy through a series of turn based combat.
Units can be customized for specific fights with gear, up-gradable abilities, and a job system.

Replayable –
You can find yourself replaying battles in order to ensure perfection, if that is what you desire.
Once the game is completed, challenge a New Game+ mode, to re-experience more difficult versions of the battles. All without losing the progress from your previous play through.

Unfortunately we do not know when the official release date is, only that it is to come out sometime this year 2019.

Enjoy the trailer below: