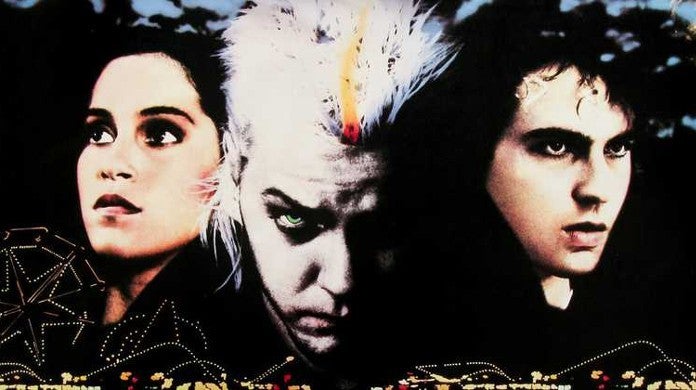 Not long ago there was excitement in the air for what we all thought would be a great step forward in the world of television. The Lost Boys wasn’t getting a “reboot” but a full on TV show on the CW. Unfortunately the first attempt at the pilot did not meet expectations and they have now been sent back to the drawing board.

We were worried that they might scrap the project completely but according to what Lost Boys executive producer, Rob Thomas they are still moving forward.

“The writer, Heather Mitchell, is doing a rewrite on the script right now, we have gotten through the notes process. We are going to shoot the pilot this fall.”

“There were scenes that we thought we could do a better job on, so it’s going through a 40% rewrite. It’s not a total rewrite.”

So far the only cast that is staying aboard are Medalion Rahmi and Dakota Shapiro, who were set to play Keifer Sutherland and Jami Gertz characters from the original film. A new cast of co-stars are yet to be announced.

“It’s been four years that I have been playing around with Lost Boys, trying to get it made… Two years ago, I wrote a very outside-the-box version of it. The network didn’t want to go that far outside the box. So fortunately, the writer who is working on it right now, Heather Mitchell, loves the original movie and is eager to make the series look a little bit more like the original Lost Boys. It’s two human brothers showing up in this California beach town with the amusement park and a vampire infestation. It’s going to have a lot in common with the movie.”

So despite the ups and downs of production so far, Thomas still holds high hopes that this show will be a huge hit with fans of the movie. They are going to try their very best to make this special.

Stay tuned for more information on the pilot and potential release date for this upcoming series.

‘Star Trek: The Motion Picture’ Beams Back To Theater Screens In Sept