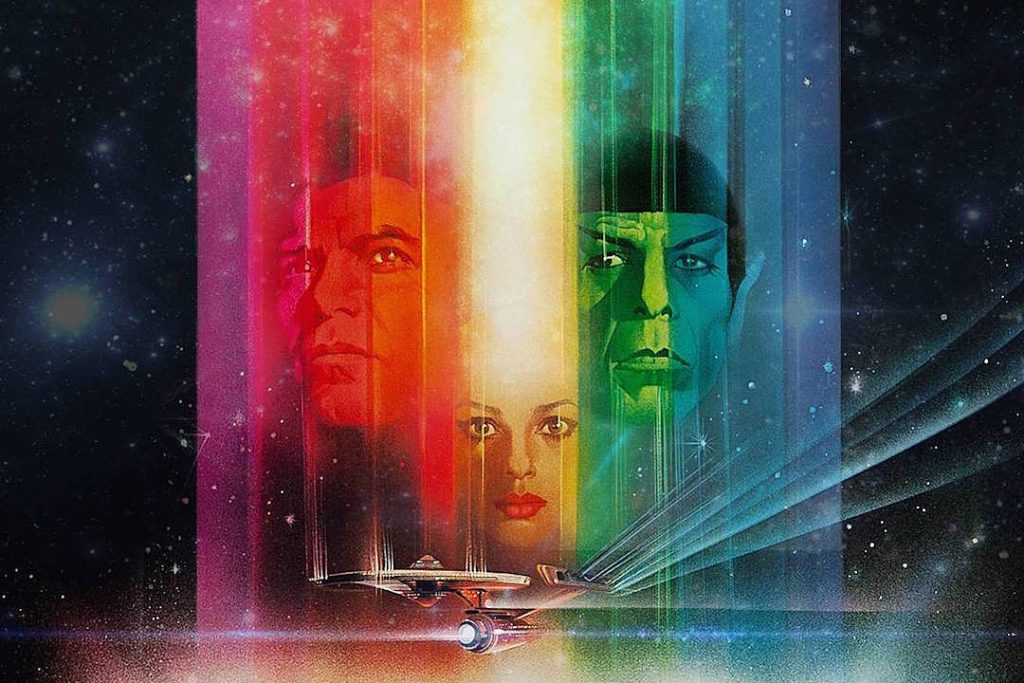 ‘Star Trek: The Motion Picture’ Beams Back To Theater Screens In Sept

What is easily the most divisive part of the entire Star Trek franchise is celebrating its 40th Anniversary this year. To mark the occasion, Fathom Events is presenting the movie into theaters across the United States later this year. The movie will be have two screenings on September 15th and the 18th with tickets going on sale on August 2nd through fathomevents.com. Newer fans will finally get the chance to see Trek when it was at its most cerebral and just plain weird.

The history of the movie is well known to fans so here is the quick version. Star Trek: The Motion Picture was a bit of a miracle when it came out in 1979. At the time, Trek was a failed yet beloved cult classic from the 1960’s that had been on reruns for over a decade. While there had been attempts to bring the show back in that time, nothing ever really got off the ground. The closest they had been able to doing new episodes of the show was a the short lived animated series. Creator Gene Roddenberry never gave up on trying to do something with the show, but couldn’t prove to executives at Paramount Studios to do anything with it. In the 70s, audiences liked realistic and gritty movies like The Godfather or Taxi Driver and sci-fi was not a big moneymaking genre. That was until 1977 when Star Wars completely altered culture as we know it. Every studio in Hollywood wanted their own version of Star Wars and, wouldn’t you know it, Paramount already had a property ready to go with brand recognition. For anyone that complains that there are too many reboots these days, rest assured that it has kinda always been this way.

Paramount took the ideas and concepts that were being developed for a new Trek tv show and pumped more money to make it into an actual feature film. They also hired legendary director Robert Wise to make sure the movie looked high budget and also got composer Jerry Goldsmith to produce a new score. The screenplay utilized an unused TV script and would be focused on a mysterious entity that had invaded the solar system and was destroying everything in its path. Sounds like a solid plot for a fun action adventure full of space battles right?

Ehhh, not so much.

In order to differentiate itself from Star Wars, the Trek movie was going to not be a straightforward space adventure but instead go for something serious and philosophical. The crew would have to think their way out of the situation by finding ways to communicate with the entity instead of fighting it. The movie is so stripped down in the action department that the Enterprise only fires one photon torpedo in the entire movie, and it’s at an asteroid that they almost accidentally run into. The movie is way more focused on showing off really really really big models of alien architecture. Large chunks of the movie just has the Enterprise just going into the gigantic superstructure of the alien entity named V’Ger. For hardcore science fiction nerds at the time, it was the ultimate realization of Star Trek of discovering strange new worlds and civilizations. For audiences looking for something like Star Wars, what they got was over two hours of barely anything happening. Add to the fact that the movies costumes that came straight from a space disco and you also have a movie that looked dated five minutes after it came out. Despite this, the movie still made enough money to convince Paramount to produce a sequel. Wrath of Khan pretty much pretends the first movie ever happened and goes full bore into space battles and explosions. Ever since then, Trek has left the nerdy philosophy for television and focused instead of just being either action or comedy movies.

Is it worth going back to seeing The Motion Picture given that it is such an anomaly? For me, that is a definite yes, just for how freaking weird it is. The movie is both boring and fascinating at the same time. The special effects are mostly models, which means that everything you see was built for real and not just made on computer. There are some striking images and concepts at play, but it is so dry that it can also easily put a person to sleep. However, this movie has ambitions and ideas that help put it ahead of the truly bad movies like Final Frontier or Nemesis. If anything, going to this rerelease makes a statement as to what kind of Trek fan you are. This is not for the people that only love the recent Kelvin universe movies or even people who just enjoy TNG or DS9. The Motion Picture is strictly for those who love big unwieldy ideas, 70’s lounge fashion, and long stretches of people staring intently at viewscreens. If this sounds up your alley, I look forward to see you there with us aging nerds at the multiplex this September.

If you haven’t seen the movie and want to know what you are in for, it is available to stream on Amazon Prime. Though I do recommend you rent the director’s edition which updated some of the special effects to make them a little less dated.