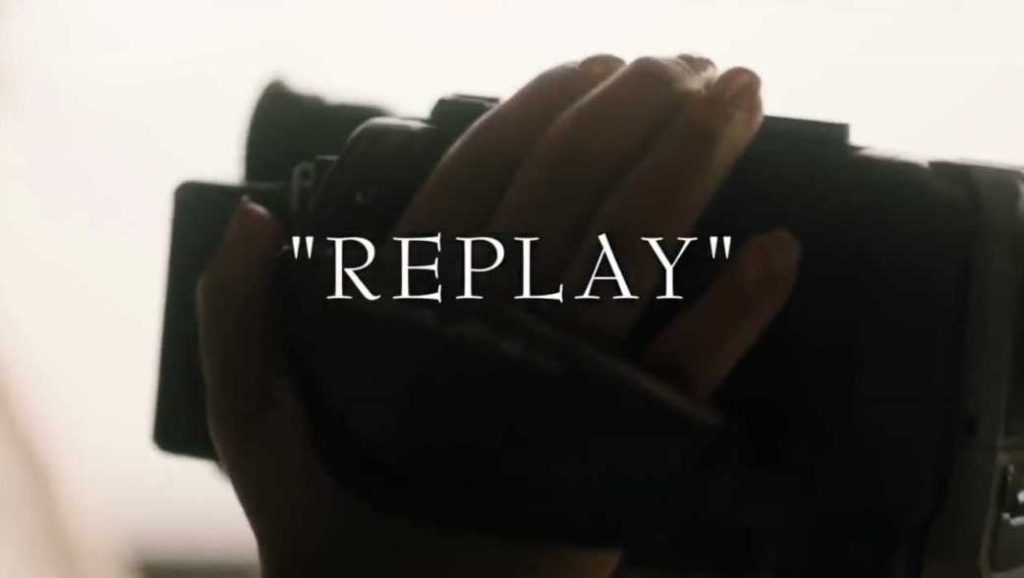 Previously on my review of The Twilight Zone, “THERE’S! SOMETHING ON THE PLANE! SOME…THING!”
Like undertone racism and a podcast that can predict the…past?

We wipe clean the weird aftertaste that was left by Adam Scott in his rendition of a classic episode and move on into a world that will hit closer to home.
A topic that will, undoubtedly, stir up a lot of conversions as to the state of our society. Peele and Co. might as well have ripped this episode from real life events because it happens almost on a daily basis.
Yet we allow it to happen and do nothing but “thoughts and prayers”.

This is how The Twilight Zone deals with police brutality, with senseless racism, and the most damning thing of all… our fate.
This is episode 103: “Replay”.

Fate is what we make of it

A mother’s love is undying. She would do anything in the world if that means no harm will be done to her own flesh and blood. But a mother’s love can never outmatch fate which is the central core of this episode.

Nina (Sanaa Lathan), attempts to take her young son, Dorian (Damson Idris), to college but is constantly pursued by a racist cop (Glenn Fleshler).
In an effort to try to change the course of history, she is equipped with a camcorder that can rewind her to the previous “save spot”, to put it nerdily.

Think Prince Of Persia but like 10x more racist.

Time traveling and weird cameras are not unusual in The Twilight Zone and this episode plays on a few different troupes from the past. The Most Unusual Camera and the William Shatner lead episode Nick of Time comes to mind immediately when I watched this episode. In fact, the Mystic Seer from that episode is shown as an easter egg here!

The whole affair takes place as our mains are eating in a diner while on a road trip to Dorian’s college. Mom breaks out the dated tech to record her son’s journey to college, till she realizes that it apparently has the power to turn back time. That’s lucky, as it just so happens that a highway patrolman with a racist ax to grind also happens to be eating there, and so her battle to save her son begins.

Each rewind sets the duo on a slightly different course but ultimately leads to the demise of Dorian. Incidentally, only the mom remembers what happens before and after the rewind. But with each loop, she is pressed to think of a new path to get her son to college. The one constant in all iterations is the white racist cop. Who, by the way, goes on this T-1000 hunting mission for our heroes.

There’s something truly chilling about the inevitability of the violence that the mother and son face. It doesn’t matter how Nina and Dorian behave — whether they try to befriend the cop, face him down or attempt to outrun him, he always finds them.

Eventually, with the help of her estranged brother, Nina and Dorian make it to his historically black college, where along with his classmates they face down and publicly shame the violent man who has been chasing them.

In the terrifying climax, you see the raw emotions being displayed here as the white cop points his gun at the black mother. Every student has their phones out, recording the moment. A scene too close to that of the protests seen in the news recently.
The fact that reality is scarier than fantasy is something Rod Sterling never shied away from and neither will Peele and Co.

When the cop finally relents and you see Dorian cross the college gates, I sighed a breath of relief. But come on, this is The Twilight Zone… you know there’s gonna be

A decade has passed and Dorian is now with his children. Nina still records everything on her camcorder, akin to her like her 3rd eye. Dorian’s kid shatters the camcorder, sending Nina into a panic. He assures her that whatever will be, will be. C’est la vie as the French say.

Until he leaves the house…and police lights flicker in Nina’s aged eyes.

It’s a bleak ending that’s a stark reminder that black people are three times more likely to be killed by law enforcement than white people. A sci-fi concept of the story may be unrealistic, but like many of the best Twilight Zone episodes, it’s just a vessel for delivering a vital narrative, in this case, one about the very real fear of losing a child to police brutality and the inescapable nature of that violence.