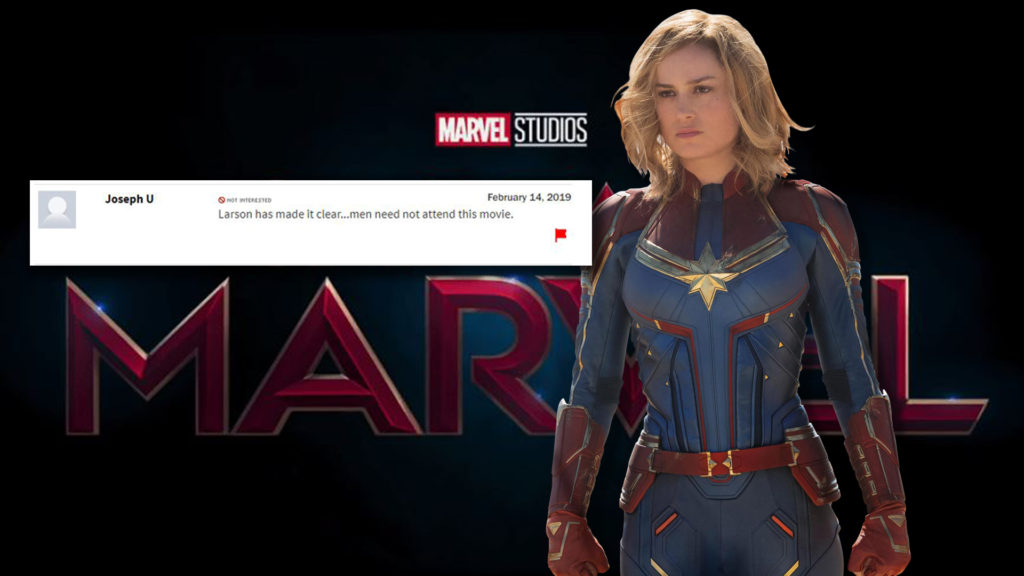 It’s funny that the comments on the Captain Marvel page for rotten tomatoes is already getting hate. I say funny but it really isn’t, it’s pretty sad actually. If you go to the comments section now you will see a plethora of “Not interested” posts with things stated such as “Search the lead actress Drew Doesn’t want us going as a white male I won’t go, Drew I hope your move is good without me.”

Most of these comments are being posted men’s names(surprise?). It is the same thing that happened before with The Last Jedi’s Rotten Tomato as well as Black Panther. People love to hate on things and this time the target is Captain Marvel.

During the Wonder Woman push they had an all women screening that men were upset with too. But you know what happened with that? A lot of those men ended up liking the movie.

Many of these people are upset with the fact that Brie Larson is using her fame as a politcal platform. But the thing is she was famous before this movie so… I don’t know what to tell them. It’s OK to boycott something if you dislike it or the people involved, but criticizing a movie before you even see it comes across as low IQ. I would say keep an open mind but that may fall on deaf ears. I find it more believable when you come up with actual complaints instead of going in biased.

Are you going to see Captain Marvel? Tell us in the comments!