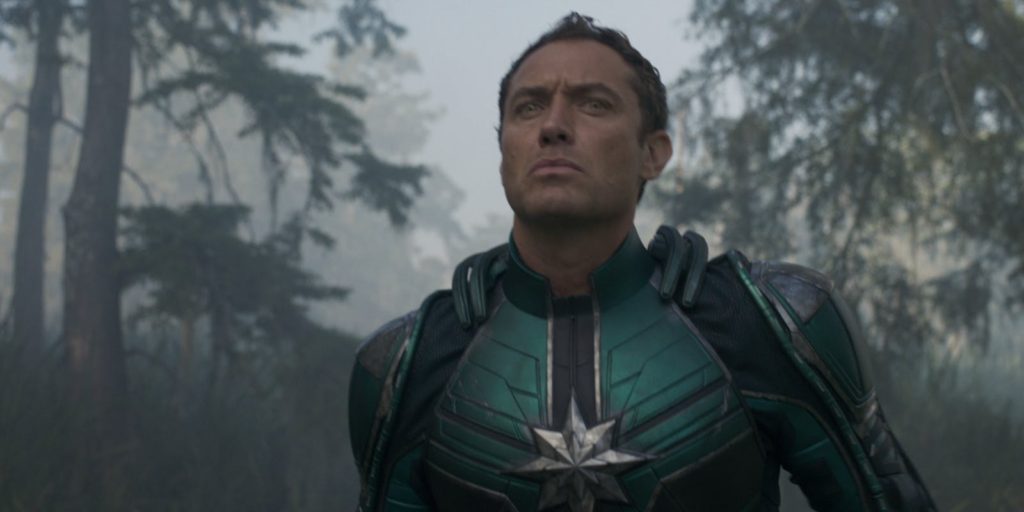 Jude Law’s character in the upcoming Captain Marvel movie seems to have been revealed in a new tie-in novel, Starforce on the Rise.

It had initially been speculated that Law would play the Kree hero Mar-Vell in the movie, but according to Movieweb the tie-in novel reveals he will be Star Force Commander Yon-Rogg, a Kree military commander. In the comics, Yon-Rogg was an antagonist of Carol Danvers and Mar-Vell and was also indirectly responsible for Danver’s transformation into Captain Marvel.

Screen Rant had speculated that Law’s character as portrayed in the movie might actually be a blending of hero Mar-Vell and villain Yon-Rogg. We’ll have to wait until March 8 to see.

Are you getting ready to go see Captain Marvel? Do you have your tickets already? Tell us in the comments!