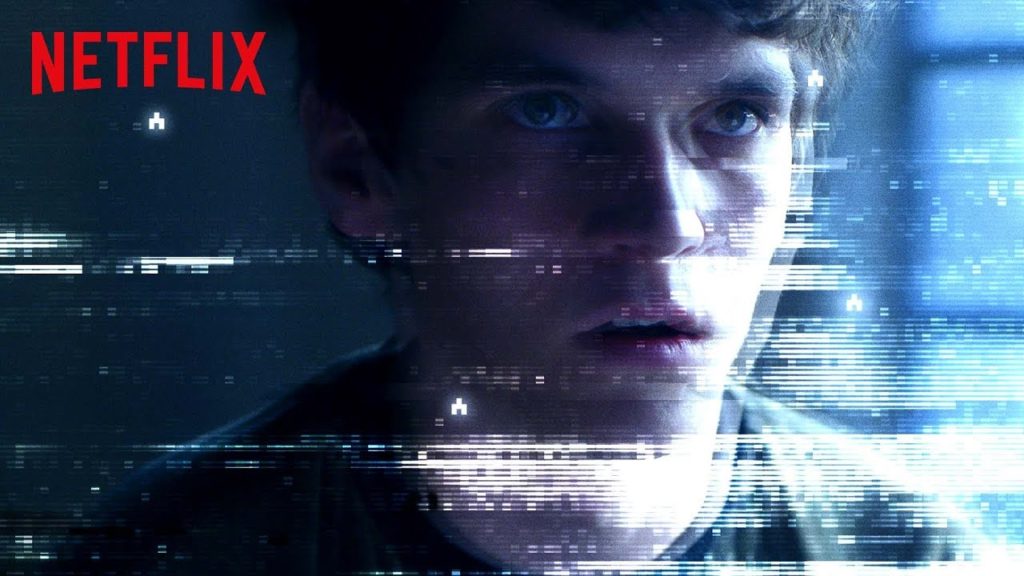 Today Netflix released a trailer for a feature length movie from the Black Mirror team, Bandersnatch which will release tomorrow.

The movie appears to be about a programmer who is designing a game based on a book by an renowned author who later went mad. As the programmer begins researching the authors work, he begins to become unhinged as well. The darker side of technology is a staple of Black Mirror so it doesn’t look like viewers shouldn’t expect a happy fun good time. It also appears to be set in 1980’s Britain with plenty of old school technology featured in the movie and the kicking sounds of Frankie Goes to Hollywood. The game itself looks like it will be a throwback to the Atari era so retro game nerds can have fun debating the accuracy of the game. Given the recent love affair with 80s culture in film and tv, (Stranger Things, Ready Player One) picking that time period should prove enticing for viewers.

There are a couple easter eggs in the trailer which calls back to the Black Mirror series. The most notable one is a poster for something called Metl Hedd and features a four legged robot. This, of course, is a reference to the fourth season episode, “Metalhead” (also directed by David Slade) which featured a very similar looking machine. Whether this is just a cheeky nod to the show or a hint of something bigger remains to be seen. The show typically featured episodes that stood alone from each other but weren’t afraid to get meta like in the episode “Black Museum.” Literary nerds will also know that the title “Bandersnatch” is a reference to a creature in Alice Through the Looking Glass. Since someone in the trailer literally puts their hand into a mirror, that probably means that there will be plenty of allusions to dissect for fans.

Another potentially interesting wrinkle comes from rumors that this feature will have a level of user interactivity built in. The film has been said to feature multiple endings which hints that there will be a feature to choose how the film will play out for individuals. The trailer also features lines like “change your future” which further underlines the idea.

Netflix has toyed with increasing user engagement for years, a few years back they tested out an AI named Max that would choose movies for people based on their mood or tastes. It didn’t really work out like they hoped but it appears that Netflix is trying different ways to make their titles more dynamic and stand apart from an increasingly crowded streaming service market.

Earlier this year, Netflix surprised everyone by putting out a Super Bowl commercial announcing the third Cloverfield movie. The Cloverfield Paradox was revealed to be available right after the game, which promised a big budget sci fi movie without any of the baggage that would come from hype and lofty expectations. While it was an impressive maneuver a film’s release so suddenly, the interest died down when people actually saw the thing and realized it kinda sucked. Turns out the movie was barely a Cloverfield movie at all and was only related to the franchise thanks to scenes added in post production to link it to the first movie. Instead, the movie was really a unintentionally silly sci fi space adventure with a confusing script, bland characters, and dull effects. Hopefully Black Mirror is able to use its potential gimmicks in a better way and can provide a unique and narratively complete experience.