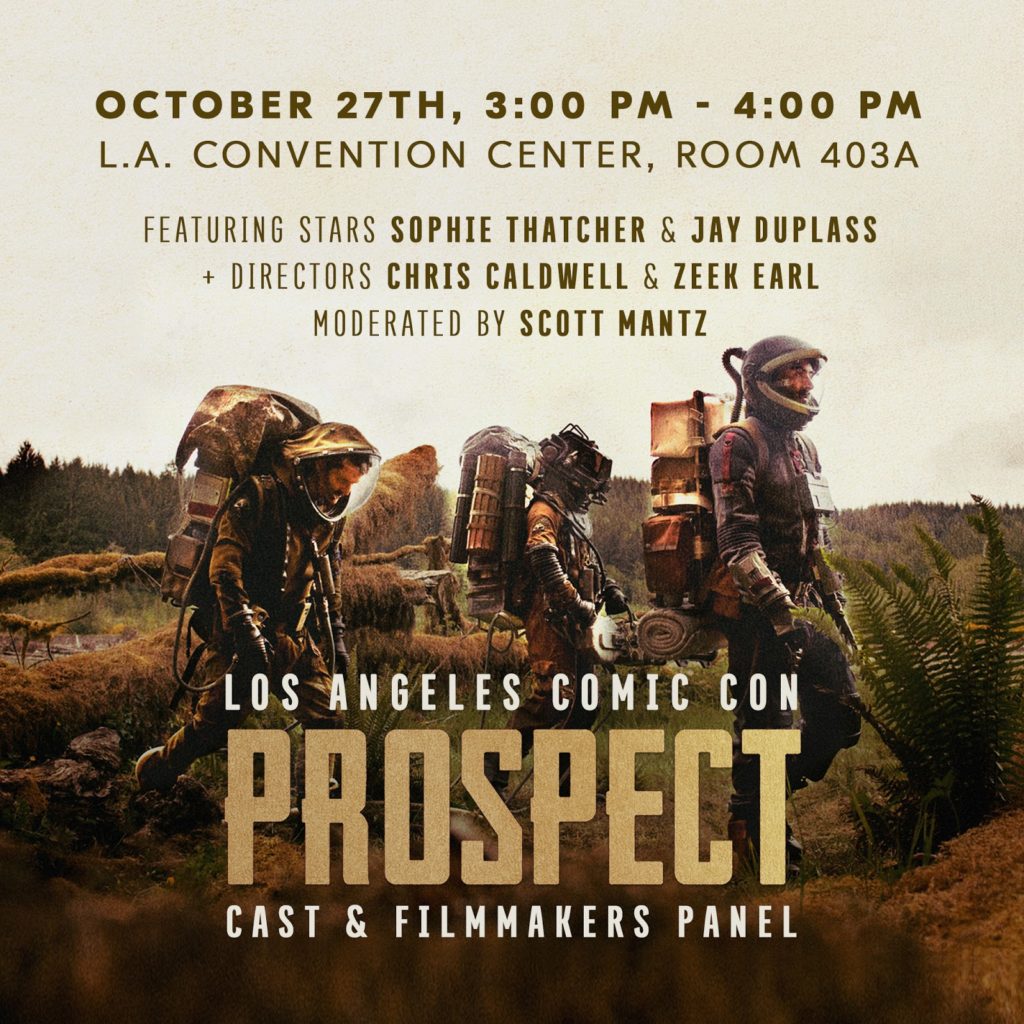 Touted as the “best indie science fiction movie since ‘Moon’”, and referred to as “what the standalone ‘Star Wars’ movies should feel like”, PROSPECT is the critically acclaimed sci-fi western starring Pedro Pascal (“Narcos”, Wonder Woman 1984 and rumored to star in the upcoming Star Wars series), along with breakout star Sophie Thatcher (“The Exorcist”) and Jay Duplass (“Transparent”).

Written and directed by Zeek Earl and Christopher Caldwell (In The Pines, Redemption, Man), PROSPECT has been hailed as the “best indie science fiction movie since ‘Moon’”.  Thatcher and Duplass portray Cee and Damon, a father-daughter following their path through the galaxy in search of the ultimate payday, and the two quickly fall prey to unknown terrain and dangerous encounters as their mission turns deadly. PROSPECT also features Andre Royo (The Spectacular Now), Sheila Vand (Argo) and Anwar Glover (“The Wire”).

All aspects of the retro-futuristic sci-fi western – from aesthetic to sound – were intentional and capture the essence of a period piece. With medieval era instruments used for the soundtrack, vintage Russian glasses lenses rehoused for shooting and costumes inspired by actual space travel, PROSPECT has a historical feel and is referred to as “what the standalone ‘Star Wars’ movies should feel like”.

PROSPECT, based on a short by Earl and Caldwell, had its world premiere at SXSW 2018 to critical acclaim where the film took home The Adam Yauch Hörnblowér Award reserved “in honor of a filmmaker whose work strives to be wholly its own, without regard for norms or desire to conform.”

Look out for Nerdbot attending the official Prospect Panel this Saturday, October 27th at Los Angeles Comic Con! It will be held in room 403A at 3:00pm and we can’t wait!