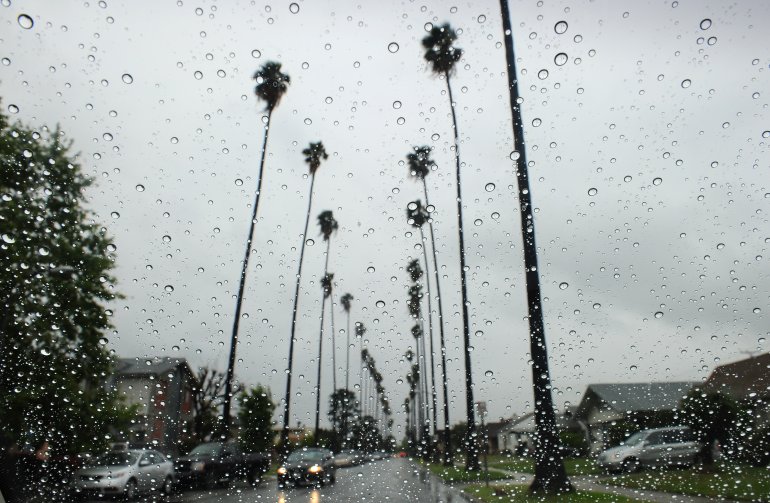 Just like a significant portion of Los Angeles’ population, I moved here from someplace else.

Yep, put my name on the list of Midwesterners who quit their job then drove across the country with the hopes of being swallowed alive by the Hollywood machine.  I hope I develop a drug problem too.  But before all of that I have to… you know… survive, so I got a job.

My first couple of weeks of social interaction with my coworkers, I noticed I was having the exact same two conversations with everyone I met.  Traffic, and the weather.  Forget movies, a signature stamp of Southern California, everyone wants to remind me how much traffic sucks, but the weather is perfect.  Over and over again.

If you’ve moved here recently from an area that actually sees what they’re talking about in that “I’m Dreaming Of A White Christmas” song, you know what I’m talking about.

Go figure, everyone I have met, is from another part of the country.  Detroit, Chicago, you know… places that would be amazing if it wasn’t for violence and winter.  So naturally these people have been the ones debunking or confirming many of the LA myths I’ve known my entire life.  Stuff like; the cost of living (everything you’ve heard is true) or the California snobbishness (most of which is untrue).  However there have been several instances of people telling me “wait until you see what happens when it rains”.

What could possibly happen when the Gods cry?

Back in Cleveland it rains like it pours so at first I didn’t think anything of it.  Then I recalled some West Coast mythology I heard a while back about Los Angeles turning into the last half hour Darren Aronofsky’s Mother! when water falls from above.  Now I pretty much figured every Angeleno has their Falling Down moment, nothing new there. 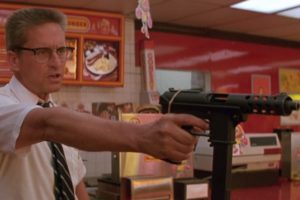 But the thought of streets being flooded with pandemonium infused rainwater was a sight I kinda wanted to see.

A month later… the thunderstorm rolls into town.

Fortunately for me I was already in my car when it happened.  Also, first time it rained in six weeks.  In Cleveland, it only rains for six weeks sometimes.  I waited for the “spark” or in this case, “drop” that would send Culver Boulevard towards a downward spiral of chaos.  I even bought a baseball bat with a railroad spike driven through it, just to be safe.

But what took place during the storm would change my life forever. And that was… nothing.  Not a damn thing happened.  No blood, no bodies, no irate hipster dad with no arms screaming the lyrics to R.E.M.’s “Shiny Happy People” to what he thinks is an audience.  None of it.  In fact things were pretty normal.  Traffic actually moved better than it does when the weather is pristine.

Weird AF right? I guess from a “greater good humanity” perspective it’s good nobody died.  But for entertainment value, I’m a little disappointed.

Naturally when I got home it was still raining so I took off my shirt and stood there with my hands in the air like the end of Shawshank Redemption. 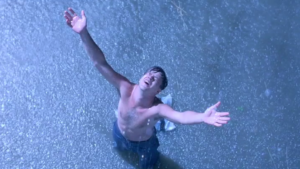 The next day I asked my coworker what he meant by “wait until I see what happens when it rains”.  I was expecting hell on Earth and got the exact opposite.  He told me it was a joke.  In Los Angeles now there are so many transplants from depressing weather areas, the previous horrors of thunderstorm driving have been eradicated.

The city has changed so much over the years.  Granted the traffic is still awful but when the sky cries today, it’s not as Thunderdomey as it used to be.

Joesph McDaniels whose “on Wikipedia a lot” confirms a certain psychological shift in the city resulting from a disdain of wholesome Midwestern archetypes.  How it translates into improved thunderstorm driving has yet to be explained.

I think it makes sense, we are taking over the West Coast.  Just wait until pierogies replace avocados.