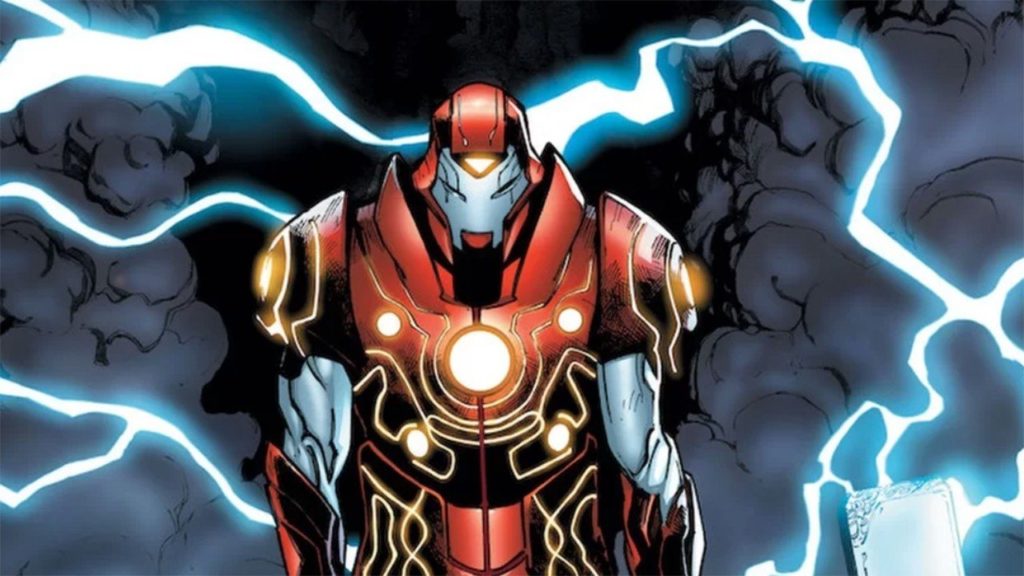 Marvel is back at it again with it’s Infinity War character mash-up comics with Iron Hammer written by Al Ewing. Iron Hammer, like the other upcoming character mash-ups will be a short lived 2 issue series so we won’t get to much of the character to really enjoy in my opinion.

Issue 1 of Iron Hammer introduces us to Sigurd Stark, a combination of Tony Stark/Iron Man and the Almighty Thor. Sigurd is a tech genius/ billionaire in Europe with no memory of his past just extensive knowledge of technology of which he built his fortune from. The issue is an origin story modeled after the origins of Iron Man with twist of magic and the powers of Asgard.

Armed with a Dwarven forged hammer and ruin engraved armor Sigurd Stark will take on the army of the dark elves and set on a journey to discover his past.

The first Issue is an action packed origin story that combines Thor and Iron Man perfectly. Not as witty or sarcastic as Tony Stark, Sigurd is an interesting character with a high moral ground much like Thor who sees himself as a protector of the weak. The series also introduces us to other character mash-ups from the dwarf that is held captive along with Sigurd and the two main villains working behind the scenes that seem to know a little more about Sigurd’s past then he does.

With just two issues though it will be interesting to see how the characters story will unfold and come to a climax without it feeling to be rushed and thrown together. If the first issue is any indication though I believe Marvel will be able to pull it off.

With 3 more character combinations coming for short two issue series look for more reviews by Nerdbot on these characters and be sure to check out Iron Hammer #1.