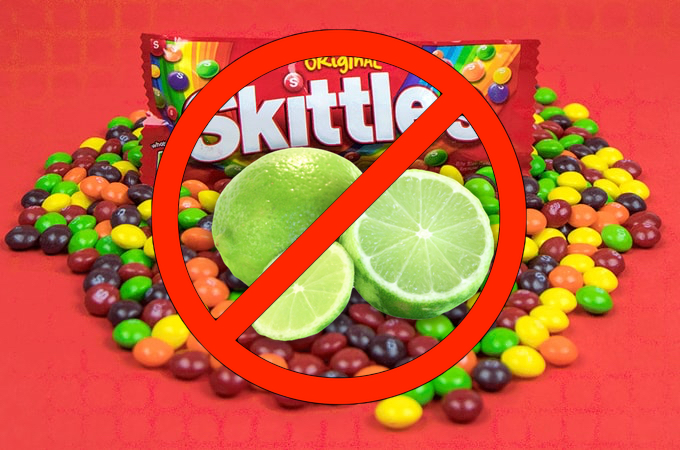 But Then Why Is The All The Lime Gone?

This is more of a cry of passion than informative rant. I’ve had to deal with various points of aging ranging from body aches to human loss. Granted both are equally daunting, but nothing has been harder than having to live without flavors I loved as a kid. We lost our beloved Dunkaroos, said good by to French Fries that battled for MSG greatness, and at some point…. abandoned one of our most essential flavors: LIME!

Exhibit A: The Original Lik-M-Aid Fun-Dip

Unbeknownst to most of us, Fun Dip was first released in the 1940’s. And unlike it’s current iteration, consisted of 4 powdered flavors. By the 1970’s it wasn’t enough to just main-line sugar into your body. So, Along with some timely rebranding and the newly introduced Lik-A-Stick, the traditional Fun-Dip 3-Pack was established. For years Lime, Cherry, and Grape reigned equally and there was peace in the land. Flash forward through the 90’s, 00’s and now going into 2020, Lime lost its place to a variety of flavors including a darn tasty Fruit Punch. However, this would be the first of many offenses involving the removal of Lime Flavored candy… 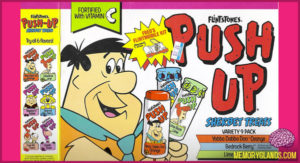 The Flintstones were the first true animated family sitcom! And much like our current state of animation marketing, the intellectual property was slapped on any surface that could be sold. In 2018 there are only several of the original Flintstones themed products on shelves. These include Fruity/Cocoa Pebbles, Flintstones Vitamins, and Flintstones Push-Up Treats! And what do we find here? LIME! All but phased out with the same disdain for the flavor that is apparently only good enough to launch your legacy!

It was about 2001 that Nestle rolled out its Willie Wonka themed wrapping. The newly revamped packaging and logo’s would now be centered around the fictional characters factory. Advertisements took advantage of the imagination filled factory platform by placing Oompa-Loompas on them, or giving them a neat story tied to the original tale.

But it was all for not! Nestle pulled the Lime Flavor that same year from their entire line of products. The identity change would ring its final toll for our beloved Lime. Pixie Stix would also see this flavor absent from its lineup the same year.

The most damaging blow would come from a childhood friend. Someone we trusted, grew up with, and were finally betrayed in a dire attempt to “Keep Up” with the Green Apple craze.

It was as dark a day as they come. Once a April Fools prank in 2001, Skittles unleashed the ultimate joke, as lime was ultimately banished away from it’s family into the “DarkSide” in 2013. And who replaced it? Mr. sunshine on my god-damn shoulders Green Apple. (Note the Super Troopers reference.)

And That was the end. A once proud flavor nation was tucked away in a moments notice. Every once and a while i’ll get an essence or reminder of that old lime flavor. They say Skittles releases its Original recipe on special occasions, but the damage is done. Green Apple once constrained to Blow-Pops and cheap Bubblegum finally expanded its empire .

If you have a Lime flavored candy close to your heart that you’ve lost please be sure to honor it in the comments!

Lime be With You.