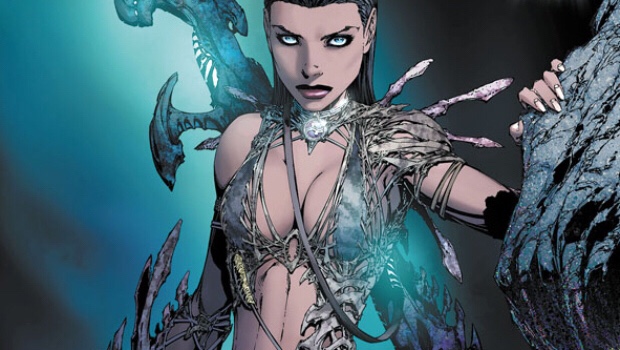 Did you know Fathom was a best selling comic back in 1998?

I had no idea either. Just a little factoid for you as we begin another round of discussion about the latest from Aspen Comics. 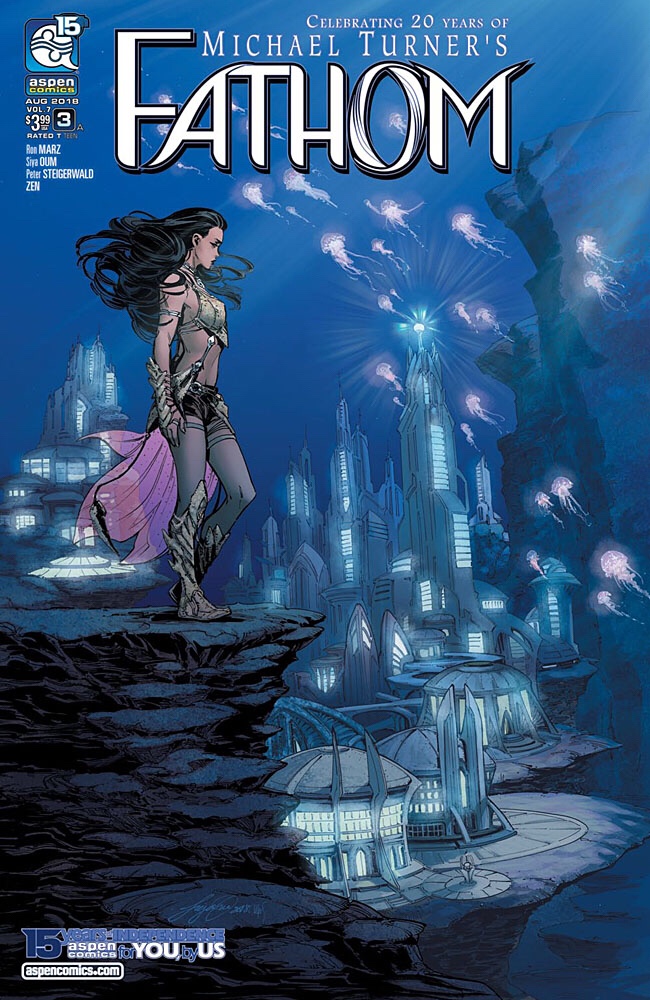 This week we turn our eyes to Fathom, a signature series from Aspen that if were a human, would soon be able to buy alcohol. Twenty years and still going strong.

We begin Fathom Vol. #7 Issue #2, titled Enemy Of My Enemies at a casino in China where Chance Calloway is patronizing the bar while looking for his target. Contact is made and he agrees to help a man named Kozlov in exchange for information encoded on a pink casino chip. They leave the roulette table only to be bested by a female adversary who steals the chip and kills Kozlov using a poison administered through touch. Just like at the end of that one season of 24. 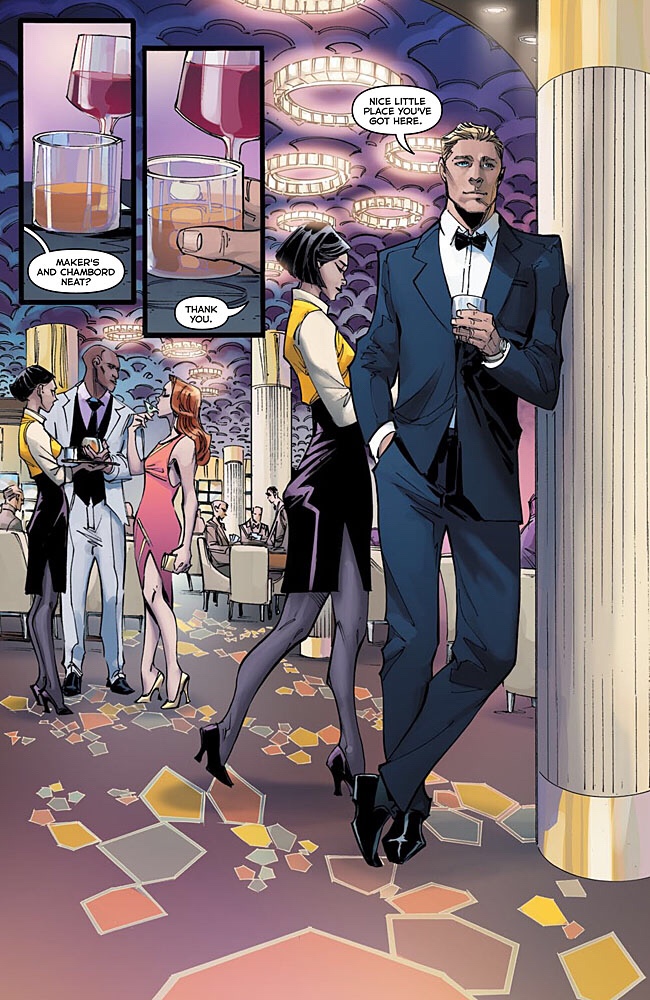 Calloway, being the Blonde James Bond that he is, pursues the woman and even manages to get his information back before she jumps out of the window. Landing in a pool like the end of a 90’s action movie chase sequence.

Next we travel to the dungeons of Muria, capital of the underwater empire known as the Blue. Here our protagonist Aspen Matthews sits in a cell getting the sort of history on the new ruler Gideon’s rise to power. Killian tells her about the executions and how there’s nobody left to challenge him. During the discussion Aspen uses her powers to break him out so they can team up to overthrow their current commander in chief. Two different tribes, united against a common enemy.

The story ends in the Russia tundra. Finn, Aspen’s brother is being held captive by Dr. Sokolov. His plan, to use Finn’s DNA to build an army of water controlling super soldiers who resemble Dr. Manhattan only a tad less blue. Sokolov seems to have achieved success, then his Aquaman explodes! 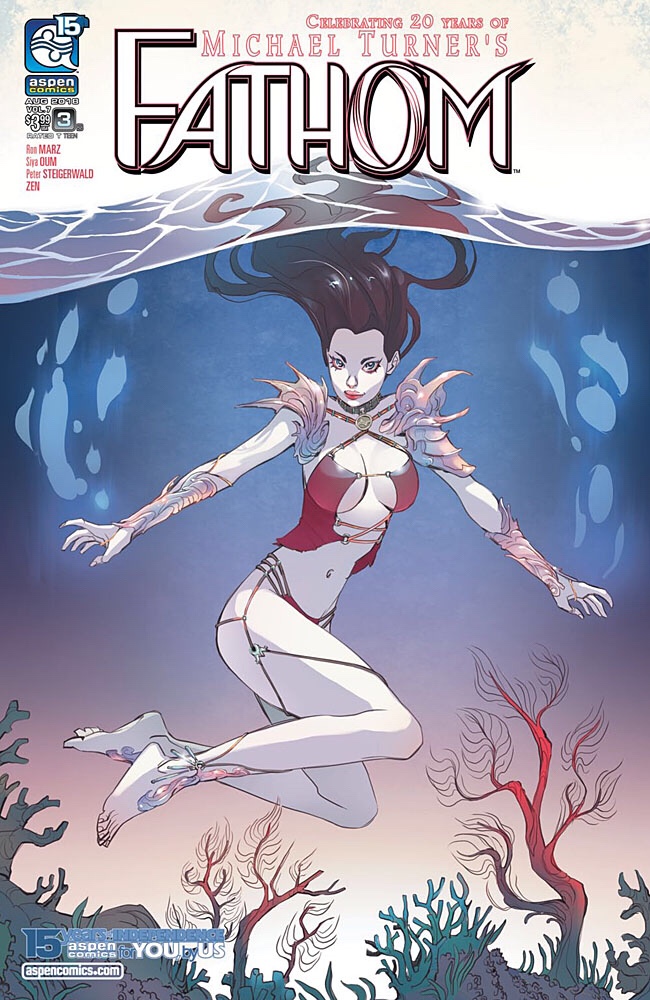 Not too shabby if you ask me. What the issue lacked in flashy landscapes and worldwide travel, it more than made up for with rich dialogue and solid plot development. You ever notice how comics can feel rushed sometimes? Like maybe stuff happens too quickly for the better sake of the page count. Not the case here. Sure there’s action, but it’s supplemented nicely with breaks that use the space for us to get to know the story a little better. Usually crucial character or setting content is sacrificed for a couple more punches.

With Fathom there is also a fair balance between the natural and supernatural. Our world and an underwater kingdom trying to coexist. Each facing their own problems, maybe even a potential war on the horizon. When the story culminates I’m sure the spectacle will be worth another discussion.

Until then, the latest issue of Fathom is in stores now.

What do you think of Fathom? Let Nerdbot know in the comments!!