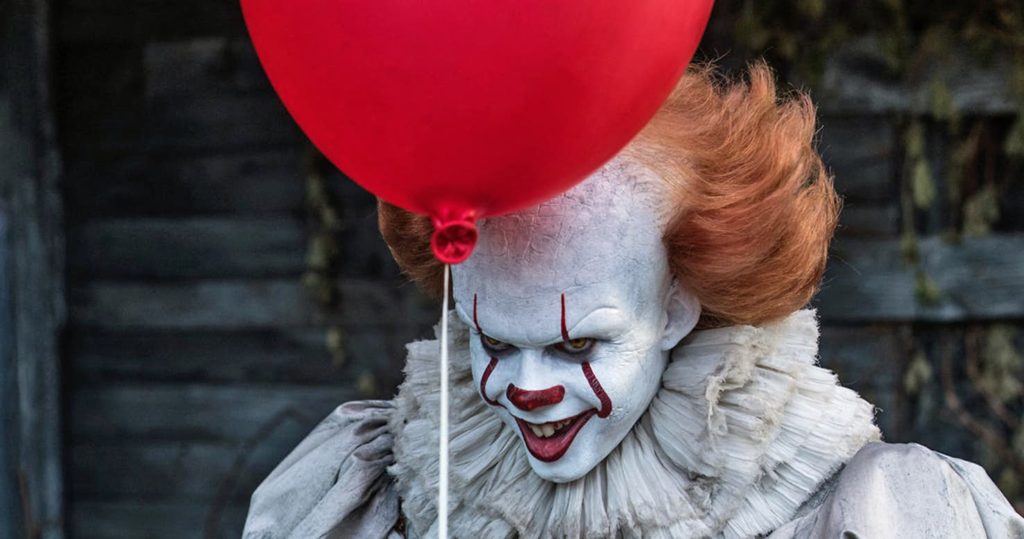 Photos of Bill Skarsgard reprising his breakout role as Pennywise the Dancing Clown have surfaced online from set as the upcoming horror sequel continues principal photography in Canada. In addition to providing the first look at the titular monster’s return, the photo teases a scene straight out of the original Stephen King novel.

In the 1986 novel, Richie Tozier visits a statue of mythical lumberjack Paul Bunyan just outside his hometown of Derry, Maine. Richie is then confronted by Pennywise who temporarily assumes the form of the statue to terrorize him.

Per CBR.com, the statue seen in the set photo is a recreation of the actual statue from King’s home in Bangor, Maine which inspired much of the classic horror novel. Whether Pennywise actually transforms into the statue in the final film has yet to be seen, the dancing clown’s appearance with it suggests Richie is in for the fright of his life.

In other IT Chapter 2 movie news, principal photography and filming is wrapping up, as revealed by returning director Andy Muschietti.

Covered from head to toe in fake blood, Chastain’s performance as an adult Beverly Marsh promises to be an epic one as the character returns to her hometown of Derry, Maine to confront the deliciously intriguing Pennywise one last time.

Will you be at the front of the line when IT Chapter 2 drops into theaters? Does Pennywise the Clown give you the chills? Tell Nerdbot about it in the comments!