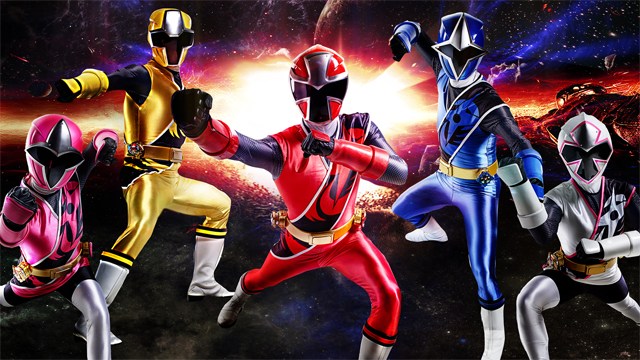 Rangers Revealed for the 25th Anniversary Episode of Ninja Steel

There are going to be some very special returns throughout the episode. The three that IGN confirmed July 30th include: Tommy Oliver (Jason David Frank) the original Green (Later White) Ranger from MMPR, Kat Hillard (Catherine Sutherland) the second Pink Ranger from MMPR, and Wes Collins (Jason Faunt), the Red Time Force Ranger. IGN tells us that there are more to be confirmed in the coming weeks.

If you haven’t been keeping track of the Ninja Steel the synopsis is this, Power Rangers Ninja Steel starts deep in space, where Galvanax is the reigning champion of the most popular intergalactic game show in the universe in which monsters battle to prove who is the mightiest warrior. Galvanax is determined to become invincible by controlling the mythical Ninja Nexus Prism, which contains six supernatural Ninja Power Stars. The only thing standing in his way is a new team of heroic teenage Power Rangers who possess it. The evil Galvanax sends his warrior contestants down to earth to steal the Ninja Power Stars, where each epic battle against the Power Rangers is broadcast throughout the universe. Together, the Rangers must master their arsenal of Ninja Power Stars, Zords and Megazords, each made of legendary Ninja Steel, in order to stop this evil thread and save Earth from destruction.

The best news is that if you haven’t been able to watch it yet there are some episodes available to watch on the Nick App.

Who else do you think they will get to return for the very special reunion episode? Who would you want to see? Tell Nerdbot in the Comments!