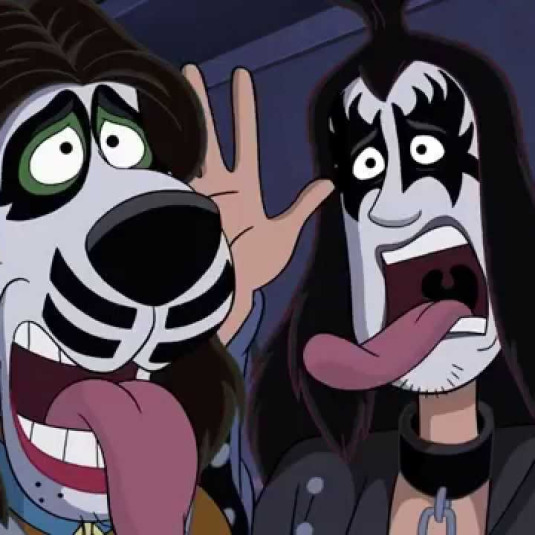 This is a Nerdbot “Nerd Voices” contributor post from reader Michael Casey. He has written a humorous Sci-fi novel entitled ‘The Weavers’, which is all about parallel dimensions crossing over with each other. If that sounds like your kind of thing check it out here.

Every human with a soul loves a good TV show crossover. Even when they’re nothing more than shameless, uninspiring attempts to grab as many different audiences as possible, one can’t help but feel a spark ignite when TV universes collide. A little voice inside says ‘Hey, I know you! You’re from another realm! What are you doing around these parts?’ whenever the cameos occur. It truly is a sign that deep down we all want to bring everyone together.

But should everyone be brought together? Are there characters from certain shows that just shouldn’t be put in the same TV set at the same time? Could you cram Pats and Eddy from Absolutely Fabulous into an episode of Roseanne? (don’t answer that). Would Mulder and Scully from the X-files appearing on the reality show COPS work? How about if Jon Snow from Game of Thrones stumbled into an episode of The Walking Dead? Or maybe Bruce Lee’s Kato character from the Green Hornet popping into a few episodes of Batman, back in the 60’s?

Such ideas might seem like the mashed-up musings of late night stoners: crazy cameos that could only happen in a bizarre parallel universe, but there is a realm within our own where such strange things can and do happen. A realm where the unlikeliest of shows sometimes meet.

Imagine if you pitched the idea that different versions of the Ninja Turtles, from the bad ass black and white comic book drawings of the 80’s to the cutesy cartoon of the early 90’s, right up until one of their most recent incarnations in the noughties, should all meet in the one movie. Pretty far out, right? Well not so far out that it didn’t get a green light. This movie actually happened in the form of ‘Turtles Forever’ and it was pretty darn good. There are even scenes where the fourth wall gets broken. The whole thing is pretty meta to say the least.

Basically the 2003 version of the Ninja Turtles discovers that the 1987 versions are now in their reality due to a dimensional teleporter malfunction in the Technodrome. After a sojourn in 2003, the 1987 Ninja Turtles, or Hero Turtles as they’re known in Europe, return to 1987. The 2003 turtles go with them and discover themselves in a world drawn strangely different to their own.

To add to this merging of two worlds it’s discovered that there is also a source dimension, which is where the original black and white, angry looking turtles with the overhanging upper lips come from. The colorful turtles enter this monochromatic dimension as well and a bunch of ‘Back to the Future’ style erasing ensues due to a version of Shredder wanting to wipe out the source dimension turtles. The reason he wants to do this of course is because it will consequently get rid of all the other turtles in the rest of the Turtle multiverse.

Seeing the merging of animation styles is one thing that trips you out, but when you add onto this a story that seems like it was written by Phillip K. Dick, the movie gets bumped up to a whole other level. One has to give credit to whomever came up with this idea. With all the reboots of 80’s TV shows and movies being churned out at the moment, it’s nice to see the turtles getting in on the action in a mind-bending way. Maybe they’ll do the same thing with producer Michael Bay’s CGI versions and the Jim Henson created suits from their first live action incarnation.

You know what goes well with drugs? Bizarre cartoon mash-ups. You know what doesn’t go well with drugs? Bizarre cartoon mash-ups carrying anti-drug messages. That’s one mind-bending, contradictory message right there. Why? You don’t ask. Well the thing is, stoners love cartoons that do weird stuff and when the Muppet babies, Ninja turtles, Garfield, Smurfs and a whole bunch of others got together for a 90’s anti-drug PSA, bong-heads all around the world were given a big, delicious bowl of cartoon weirdness.

Sponsored by McDonald’s of all restaurant chains, the episode was introduced by the late first lady, Barbara Bush. After the persuasive intro, the cartoon begins with a piggy bank being stolen from a young girl, named Corey’s, bedroom. Papa Smurf sees the theft from the convenient vantage of a nearby comic book and alerts other cartoon characters in the room about the clepto.

It’s revealed that Corey’s older brother Michael, who is a pot smoker, was the thief. The cartoon characters go out and try to steer Michael from his wayward ways, leaving Winnie the Pooh at home to take care of Corey. It’s revealed that she can communicate with all of these 2-dimensional characters, which would also suggest that maybe she’s doing drugs that are a little bit stronger than the ones her brother is taking.

The whole thing plays out like Toy Story meets It’s a Wonderful Life. The heavy handed and ultimately ineffectual message of the very special episode probably inspired more kids to take drugs than it did to deter them.

Speaking of stoners, it wasn’t uncommon for Scooby and the gang to meet up with diverse characters from a rich variety of fields back in the day. Adam West’s Batman and Burt Ward’s Robin popped in once. The Harlem Globe Trotters, KISS, Don Adams as Maxwell Smart: the list goes on. Even in recent years, the new Scooby-Doo has carried on the tradition of taking in disparate stars. All are welcome in the Post-Apocalyptic world of Scooby-Doo.

These episodes really did just cram the characters in whether they gelled with the show or not. There was never a seamless reason for the cameos, but that was kind of the appeal. The appearances were so out of place that that was what made them so bizarrely interesting. It was like the show’s creators had a hat full of iconic names and they just pulled them out randomly for each episode.

Daria on Beavis and Butthead

As many aging MTV watchers remember, Daria was a minor character in Beavis and Butthead who somehow managed to get her own spin off. Imagine an extra like Gunther from ‘Friends’ getting his own show and it’s kind of like that. Daria was the Fear the Walking Dead to Beavis and Butthead’s The Walking Dead: it wasn’t really necessary but it ended up being kind of cool. The weird thing about it was that the animation style was totally different, as was her clothing, so when Daria moved from Beavis and Butthead to her own series, she suddenly found herself looking a lot more streamline. Her entire reality had warped.

Daria’s appearances on Beavis and Butthead were few and far between. She had very few lines and she never really stood out as the Han Solo/Joker type character who could upstage the main star, but she still managed to make a large enough impact with her little quips to get noticed. She did a lot with a little.

The Critic visits The Simpsons

When shows like The Simpsons and Futurama merge, it makes sense. Matt Groening came up with them both, the animation style is basically the same except for the differences in skin color, and the fact that one of them is Sci-fi means that it can delve into such things as inter-dimensional transmigration. In many ways, or maybe just one, the Simpsons meeting Futurama is like the Flintstones meeting The Jetsons.

Futurama wasn’t the first show to cross over with The Simpsons, however. That honor goes to a little 90’s show called The Critic. The style of the show was very different to The Simpsons, in both form and content, but that didn’t stop producer James L. Brooks from slapping a coat of yellow on Jay Sherman and sending him over to Springfield for an episode.

Luckily the result was up to the golden era Simpsons standards in terms of comedy. Sure, it seemed a little forced and Matt Groening was none too happy about The Critic piggybacking the Simpsons in order to gain a wider audience, but overall the episode worked well. If Jay Sherman had chosen to move to Springfield as a permanent resident after his own show was canned, he would have surely fitted right in.

Rick and Morty in Gravity Falls

What’s weird about this one is the way in which the two shows met. No characters interacted, no locations were the same, it was the kind of crossover that wasn’t really supposed to get noticed. In the episode ‘Society of the blind eye’ of Gravity Falls, the character of Stan throws a mug with a question mark on it, a notepad, and a pen into a portal. In the episode ‘Close encounters of the Rick kind’ of Rick and Morty, those objects pop out of a portal and are barely noticeable. Pretty weird stuff for an already twisted show.

But surely there are some cartoons that would never come together in this Universe, you might be saying. An absurd combination too crazy even for cartoons, say something like Top Cat appearing in the Powerpuff Girls or Roger Ramjet dropping in on Banana man. Maybe Ace from the Powerpuff Girls joining the animated band ‘Gorillaz’ for some inexplicable reason.

If you can think of some I’d love to hear them.

Rangers Revealed for the 25th Anniversary Episode of Ninja Steel