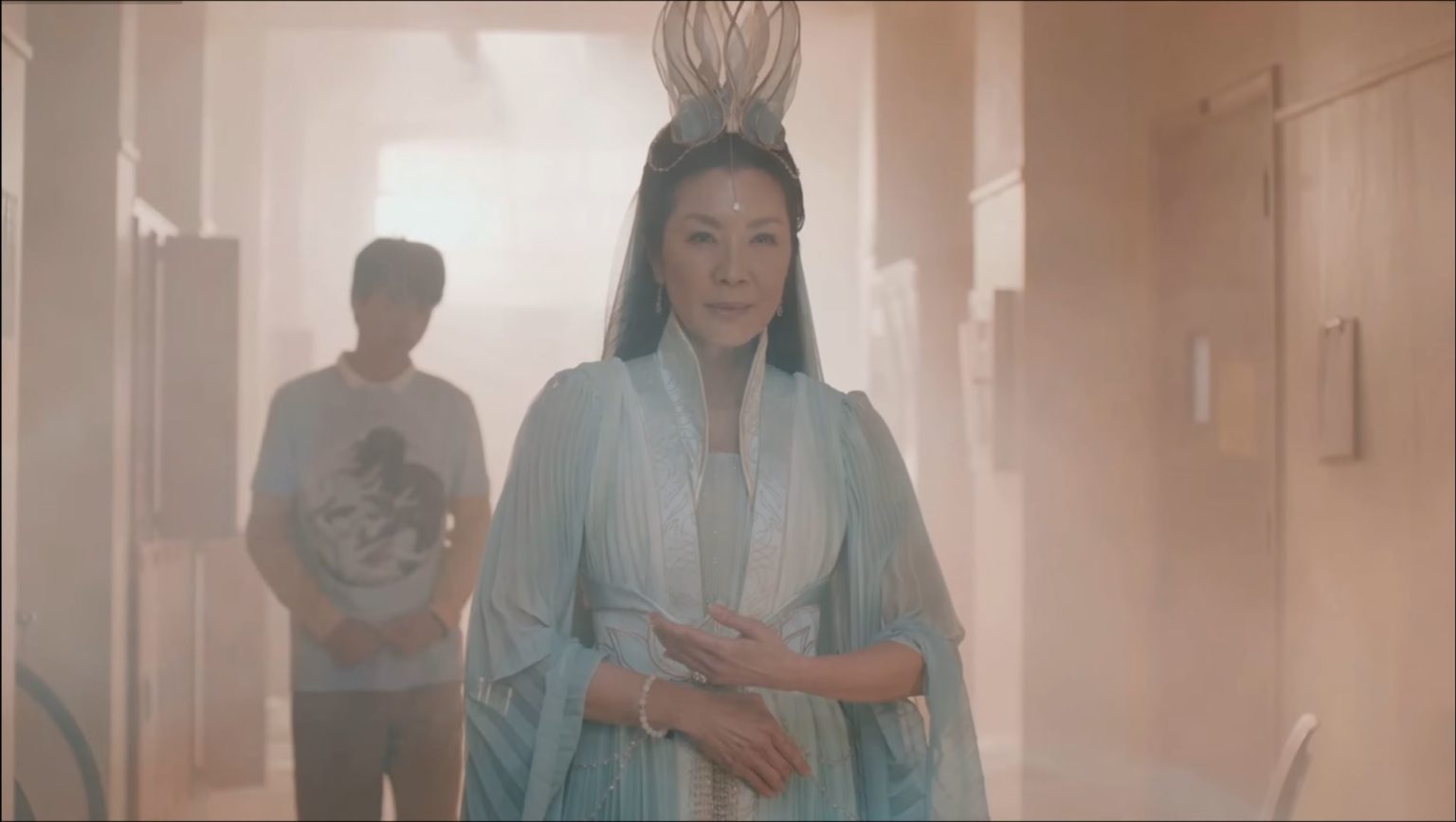 “Everything, Everywhere, All At Once” star Michelle Yeoh is not finished with her god-like abilities. “American Born Chinese” will see her performing as the Buddhist goddess of compassion, Guanyin. The series, adapted by Daniel Destin Cretton (“Shang-Chi and the Legend of the 10 Rings“) from Gene Luen Yang’s graphic novel, follows Chinese American Jin Wang (Ben Wang) as he juggles high school and home life. The difficulties pile up when he meets an exchange student named Wei-Chen (Jim Liu), who has ties to the gods of Chinese mythology and a war that is occurring between them.

D23 Expo gave us a first look at what Jin will be facing and the world he will discover. Yeoh plays Wei-Chen’s aunt, who happens to be Guanyin hiding in human form. She isn’t the only one, as a number of gods begin to make their appearances including Sun Wukong, the Monkey King. At the heart of the series is how the world looks through the eyes of a Chinese adolescent; finding your identity while acknowledging your own culture and family when growing up in America.

The cast is bursting with the Asian talents of Yeo Yann Yann, Daniel Wu, Chin Han, and Michelle Yeoh‘s “Everything, Everywhere, All at Once” costar Key Huy Quan, who played her loveable, compassionate husband Waymond.

“I’m so happy to be reunited with Michelle Yeoh but also to do it with other Asian actors who have been working really hard for the last 10, 20 years to push for more representation,” Quan said in an interview with Entertainment Weekly. The cast and crew are very excited for the world to see this graphic novel brought to life, and spur curiosity towards Chinese mythology and culture. There is no set premiere date yet, but we’re excited for what’s to come.