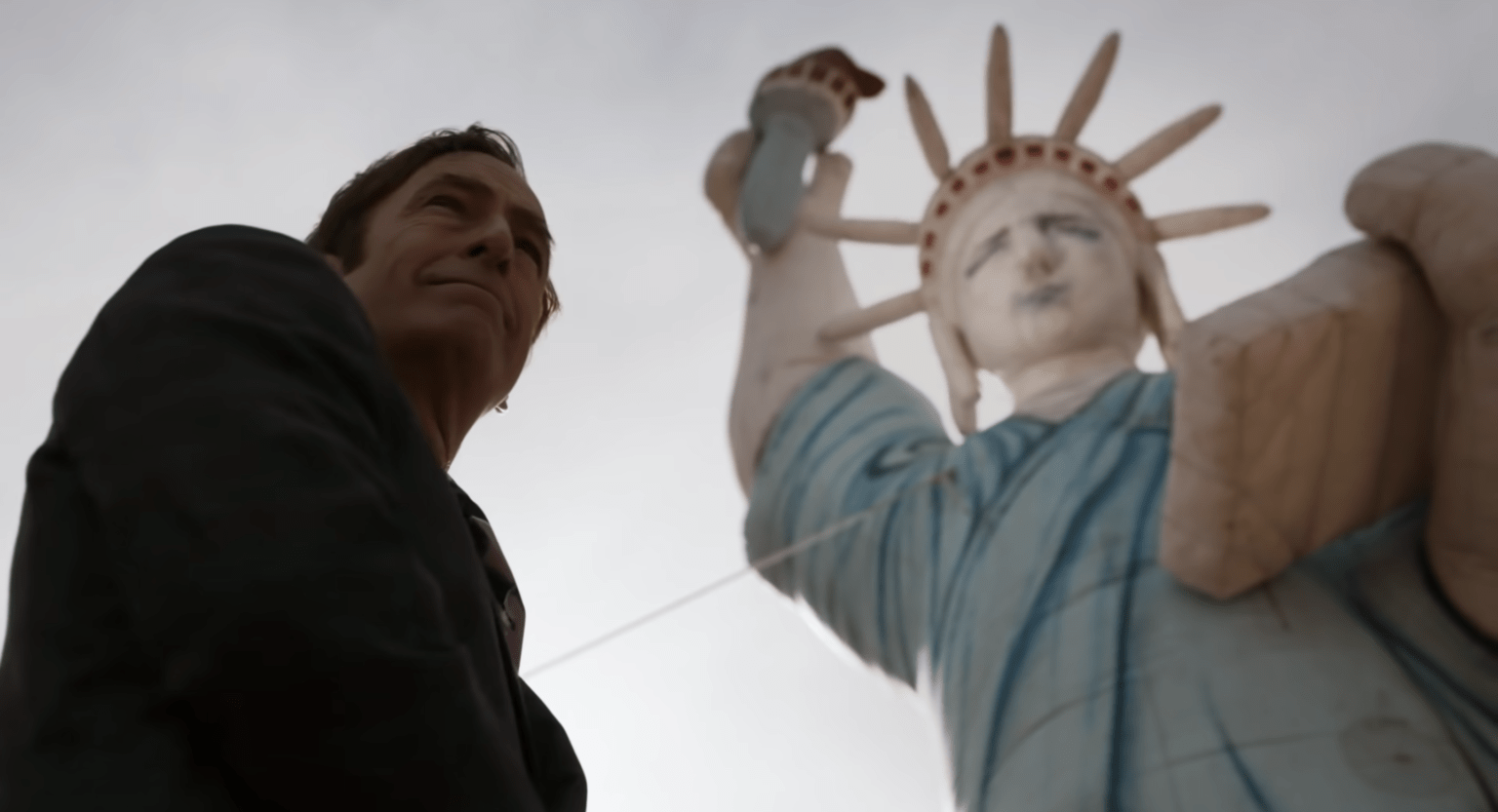 If life wasn’t meta enough for you, AMC’s “Better Call Saul” is being sued by Liberty Tax Service for “intentional misuse” and a “rip off” of its image.

Liberty Tax Service filed the complaint with the Manhattan federal court August 1st. They allege AMC Networks Inc. and Sony Pictures Television Inc. are guilty of “dilution, defamation, disparagement, and injurious falsehoods” for depicting of their business as fraudulent. Liberty Tax Service alleges the second episode of season 6 causes confusion and harm by leading viewers to believe that the show’s fictional tax service is actually a Liberty Tax office. In this particular episode of  the “Breaking Bad” spinoff, there is a couple running a crooked tax company called Sweet Liberty Tax Services. The couple is using this service to embezzle money from its clients.

“Out of all the names Defendants could have used for the tax business portrayed in Episode 2, they decided not to be original at all, but instead rip off the famous Liberty Tax trademarks, which have been used for over 25 years, and mimic an actual Liberty Tax location just by adding the word ‘Sweet’ in front of Liberty Tax’s trademark” the complaint says. Not only are they claiming the names are too similar, but the illegal tax company also uses a  huge inflatable Statue of Liberty in front of their office. This is a marketing tactic often used by real Liberty Tax offices.

The complaint states “Given defendants’ extensive use and copying of Liberty Tax’s trademarks and trade dress, [they] must have intended to evoke an actual Liberty Tax Service location.” And if viewers were to confuse the fake Sweet Liberty Tax with the real Liberty Tax it could theoretically harm their more than 2,500 locations. Liberty Tax’s lawsuit seeks a halt to any infringements and seeks unspecified punitive and triple damages.

The 6th and final season of “Better Call Saul” is currently airing on AMC on Monday nights.