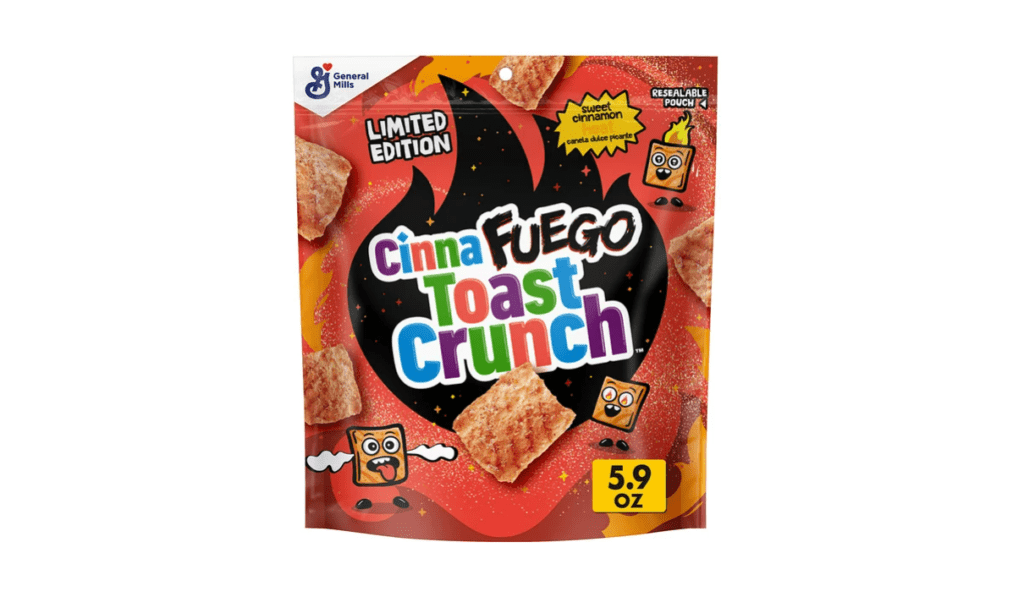 Cinnamon is such a distinct flavor and yet it pairs so well with different things. Put a little bit of cinnamon on a donut or a pastry with some icing and you’ve got yourself a delectable delicacy. Add some cinnamon to something already spicy and you get yourself some fireball candy. What if you combined all of that together though alongside some milk and put it all in a cereal bowl? Well, then you’d get a new cereal from General Mills that will be hitting Walmart this August.

What cereal could possibly be concocted from this mix of flavors? It’s the brand new CinnaFUEGO Toast Crunch. General Mills claims the upcoming breakfast treat is the first cereal “to combine sweet cinnamon and fiery spice,” and they may very well be right. Normally you don’t put spicy pepper in your cereal but when you combine it with cinnamon and the trusted taste of Cinnamon Toast Crunch, it could very well work.

“CTC is always looking to give our fans the most absurd and exciting experiences,” the company continues.

That’s a bold statement to make and perhaps not the one you want to say when last year there were allegations of shrimp tails found in the cereal. But uh, maybe General Mills wanted to forget about that until we reminded you of it. But hey, no proof ever came of that so it’s all good! Better yet spicy pepper is an awesome flavor and it does combine well with cinnamon! Will it combine well with cereal and milk, we’ll have to find out!

This super cereal, cereal will be available exclusively online at Walmart starting on August 12th. It will only be available for a limited time or until supplies run out. From past experiences with limited released like this, we can advise that you may want to get in on this early since supplies generally don’t last long. Try to get it while you can and see if this hot commodity can spice up your breakfast.