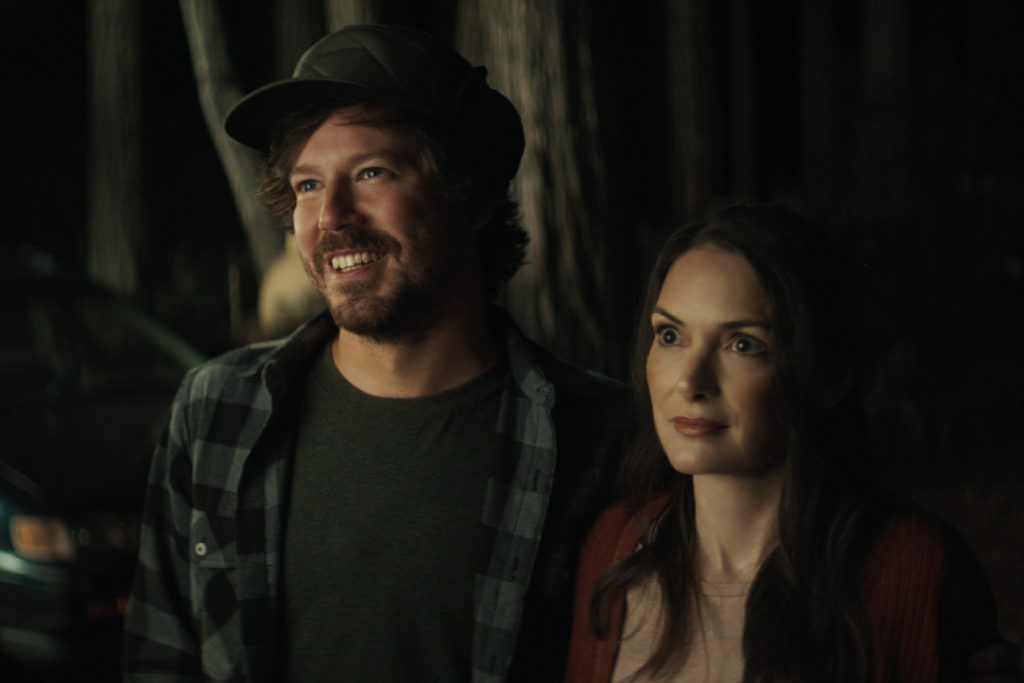 As the summer blockbuster season sees theaters returning to a somewhat normal level of attendance, it becomes increasingly harder to keep up with the immense amount of film reviews I have stacked this year. The original intention was to review each film individually as they were released, but as the film catalog continues to grow that now seems like an ill-fated plan. Between Sundance and SXSW, there are quite a few films coming out in the next few months that deserve to be seen. So, rather than skip any in an effort to review them all individually, I thought it best to give you a capsule review of the films coming out this July.

There are some great festival films coming this month, and I hope this list puts some of them on your radar. Bare in mind that not all of these films have their platforms or release methods finalized, so while I’ll do my best to guide you to where you can see them, take everything except the date of release with a grain of salt. Without further ado, here are some Sundance and SXSW films to watch this July.

“Something In The Dirt” – In Select Theaters July 10th

Easily one of the strangest films from both festivals, Sundance’ “Something in the Dirt” is a film I believed I didn’t care for after the first watch but could not get out of my head after it was over. The film lived rent free in my head for weeks afterwards, and I’ve now come to the conclusion that I enjoyed it and recommend it. “Something in the Dirt” tells the story of two unlikely neighbors in an Los Angeles Apartment complex with experience an unexplainable phenomenon in one of the their apartments one night. What transpires is a subtly satire of conspiracy theories, science fiction, and confirmation bias, as our protagonists desperately search for ways to explain the unexplainable, but more for profit than any kind of actual research. Another minimalist project filmed during the heart of COVID, it is both self aware and overly ambitious as it explores the pandemic fallouts and online discourse. The film is written, directed, and stars Aaron Moorehead and Justin Benson (who both directed two episodes of “MoonKnight“) as the unlikely duo, who are both having a lot of fun satirizing the world around them. It’s hard to categorize the film overall. It’s part sci-fi, part mockumentary, and part satire that all work together sometimes and clash hard other times. “Something in the Dirt” is bound to leave viewers confused and unsure what to do with it, but no matter what it will stick with you. It is a film that requires discussion, which feels rather purposeful from the filmmaker’s perspective. So my hope is that more people see it so we can talk about it. I’ve had “Something in the Dirt” all to myself and I don’t think that’s how it was meant to be experienced.

In the realm of powerful and increasingly relevant documentaries, “Aftershock” is a must see for anyone curious, frustrated, or uninformed about healthcare and race and birth. I watched this one in January and thought it was relevant then, and now given the current Supreme Court rulings, “Aftershock” resonants even more now and should be experienced by everyone. The film is a deep examination of the mortality rates among maternal black women, and sheds light on a broken system designed to destroy minority lives and the dark history that seems to still be rearing its ugly head in our world today. Powerful, poignant, and infuriating, “Aftershock” is how you bring draw attention to your cause, and instill the necessary knowledge and anger to work for change. It is a horrendous tragedy that now seems even further away from being addressed, and “Aftershock” does an incredible job of being gripping right from the start and never letting go. it highlights a few mothers and their surviving family members in their fight for justice and how they wrestle with a system that failed them in a time that should’ve been the best experience of their lives turned nightmare. “Aftershock” is hard watch, and the subject matter can be hard to take in for a lot of people on any side of the spectrum. But it absolutely needs to be seen, and more people need to be aware of what is happening at an alarming rate and again, given the new world order we’re living in, seems to be on a trajectory to continue and get worse. This is a fight that is worth having and justice worth demanding, and “Aftershock” delivers and hopefully instills others to join in saving lives. Watch this film.

“Resurrection” is an example of a film that is exponentially elevated by a single performance. Rebecca Hall always delivers, but she is triumphant and desperately unhinged in the best of ways, and transforms a rather forgettable film at its core into an unforgettable watch. Hall is the lynchpin with what everything in “Resurrection” hinges on, and everything falls apart with a less capable actor. More of a slow burn psychological thriller than an outright horror film, “Resurrection” tells the story of Margaret, a successful business woman raising a teenage daughter. After attending a seminar, she seems a man from her past whom she has been desperately trying to escape. David (Tim Roth) is the embodiment of patriarchal control and manipulation, and begins to traumatize and manipulate Margaret as she tries to escape him. Things most certainly escalate to final confrontation that is bound to divide audiences. “Resurrection” works best when its operating with the confines of psychological trauma and manipulation, and gets ahead of itself when it really goes for it and pushes its own limits. Hall and Roth are both mesmerizing, with Roth having a blast being delightfully devious and sinister in how he looms over Margaret’s life. “Resurrection” is a film where the journey is better than the destination, and I’m not entirely certain how its conclusion will be received. Regardless, it’s still a film worth seeing and worth making up your own mind about how it sits with you when the credits roll.

“Gabby Giffords Won’t Back Down” – In Theaters July 13th

Seeing this many documentary films this year was not intentional, but here’s yet another documentary outing in “Gabby Giffords Won’t Back Down.” As tragic as the events are that spawned this film, the documentary is less a tale of gun laws and gun violence and more about perseverance and positivity, and turning tragedy into triumph. The film follows former House Representative Gabby Giffords of Arizona, who was tragically shot during a mass shooting/assassination attempt at a local grocery store in 2021. She miraculously survived, and the film follows her long road to recovery from her injuries that left her partially paralyzed and a language impediment aphasia.

Though the setting is grim, “Won’t Back Down” packs its recounting with hope at every turn, choosing to highlight Giffords’ fight to survive and her genuine spirit of kindness, belief and positivity. It is also a love story, as Mark Kelly shares in the experience every step of the way and shows that even the worst tragedy can bring them closer together. Truthfully, I wasn’t all that interested in watching this one, and I threw it on late at night after a long day of constant streaming. But like other ones I had preconceived notion on, “Won’t Back Down” instantly gripped me and I couldn’t stop watching it. It is important to note that it’s not completely void of commentary on gun control. It’s not the center of the film, but it certainly has an agenda and decisive statements about gun violence in America. Given the context, that’s to be expected, and I would say that no matter where you fall on the issue, “Gabby Gifford Won’t Back Down” is worth watching.

Previously known as “The Cow” at SXSW, this one isn’t so much a recommendation as it is just a festival film being released in July. “Gone in the Night” stars Winona Ryder as Kath, a woman struggling with her own age, and is dating a much younger man. After meeting a strange couple in a remote cabin that is believed to be double booked, Kath awakes to an empty cabin and no sign of her boyfriend. As she begins to investigate his disappearance, she begins to unravel a foul plot afoot that is much larger than she ever expected. “Gone in the Night” is well acted, but is better in premise than execution. Ryder brings her disheveled frantic energy to the role of Kath, and and the set up and patience in unraveling the mystery is where the film thrives. But it all comes crashing down when the mystery is finally revealed, and it isn’t nearly as clever as it thinks it is. The more we learn, the less interesting the story becomes and it gets increasingly easier to telegraph what’s going to happen next. The third act takes all the wind out of the sails when “Gone in the Night” is shrouded in mystery and darkly funny dialogue. Ageism is a consistent theme here, but what it has to say about it all doesn’t really land as well as the film hoped it would. The pay off simply isn’t worth the journey, and outside of Ryder doing everything she can with what little she has, the rest of the cast of inexplicable motivations that are never properly explored or laid out. Everyone exists in the periphery of Kath and seldom have any real identity of their own. It made the list of my least favorite films from the festival, but it comes out this month so if you’re looking for something different, “Gone in the Night” is a watch at your own risk.

So there you have it, Sundance and SXSW films releasing this month that you catch mainly at a theater near you.