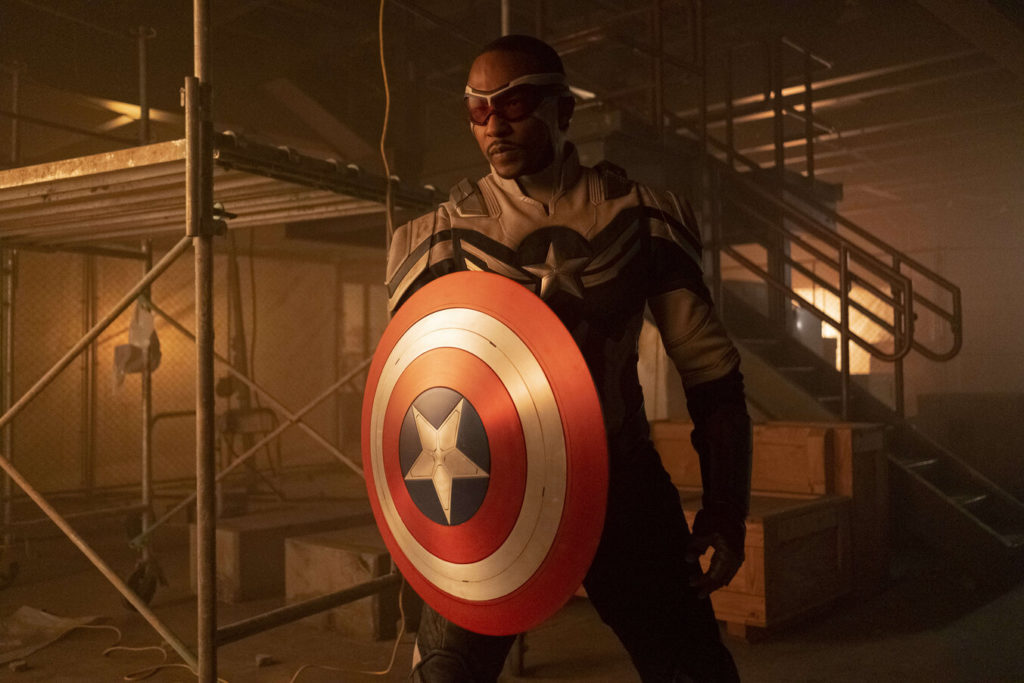 Although Marvel Studios star Chris Evans has seemingly hung up his Avengers uniform, he’s still taking important stances. Fighting the good fight. Standing up for the right thing. You get the idea. Last week, it was revealed Julius Onah is directing the 4th “Captain America” installment. Sadly, this rose questions across the internet about who would be playing the iconic character.

It seemed like scores of commenters…forgot…who was given the vibranium shield and mantle at the tail end of “Avengers: Endgame.” Maybe they didn’t watch Disney+’s “Falcon and The Winter Soldier.” Perhaps they haven’t visited Disneyland since the new Cap was debuted. Or maybe they’re just startlingly obtuse.

As it happens in Marvel Comics, Sam Wilson aka Falcon becomes Captain America. Sam/Falcon, as played by Anthony Mackie in the MCU, is no different. ‘Fans’ suddenly remembering who Captain America is now and being upset about it sure seems like delayed outrage.

Things got so bad (we will not be linking to the more…colorful language…) online that Chris Evans himself stepped in to comment at one point. Mostly, we’ll admit, because of a poorly worded tweet from a certain outlet just trying to garner commentary.

Needless to say, we are VERY excited to see what Mackie does with his character in his own film. Sure, “Falcon and The Winter Solider” was divisive- many critics felt it a strong outing, while an equal number found it droll- but there is no denying the possibilities for a continuation of the story there.

One of our favorite fan suggestions we saw over the weekend was having part of “Captain America 4” focus on a young Isaiah Bradley. In Disney+’s series, Carl Lumbly played Bradley, who also held the moniker of Captain America.

We don’t really know a lot about the possible plot for the film. Would we also love to see a return of Evans some how? Sure, but, at the same time, his farewell was pretty damn perfect. Expect more Marvel Studios updates later this month during their SDCC panel.