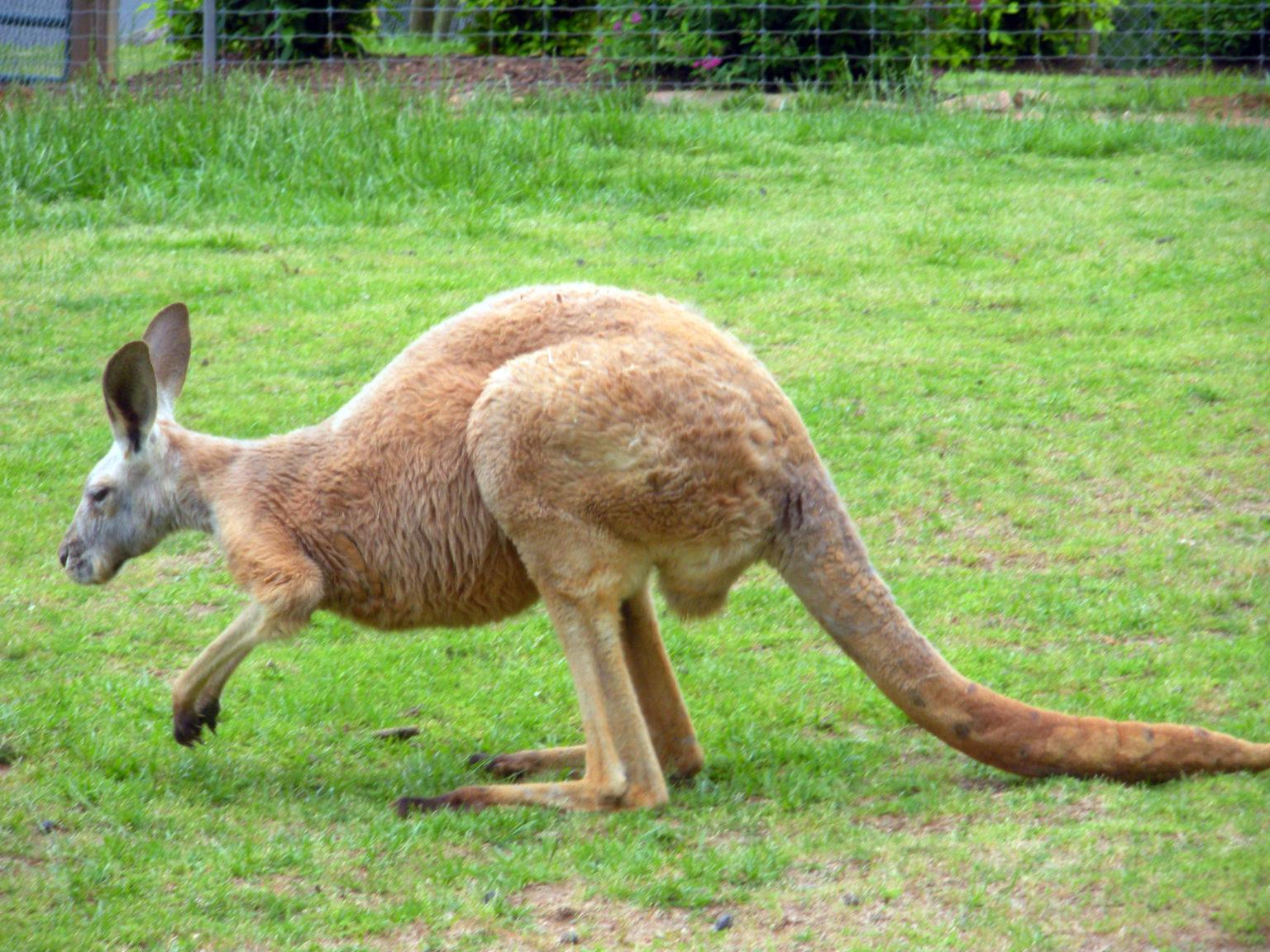 A kangaroo named Baxter was running around town in Zachary, Louisiana. Baxter escaped his enclosure with the help of a bird named Thor, who was smart enough to work out the locking mechanism. This allowed the kangaroo to pull a daring daylight escape.

Ethan Nelson and his brother are two of the many people who spotted Baxter as he ran alongside a highway near Baton Rouge. “He said, ‘there’s a kangaroo on the side of the road!’ I was like, ‘what are you talking about?’ I turned around, and sure enough, there was a kangaroo,” Nelson recounted to WBRZ-TV.

Baxter was only free for a few hours though. Eventually a East Baton Rouge sheriff’s deputy lured him closer with some peanut butter. The deputy was able to keep him close by until the owners were able to come get Baxter. Proving once and for all snacks are everyone’s’ weakness.

Thor and Baxter’s owners used to operate a zoo. But they are currently running the nonprofit organization Bird Recovery International. With the goal of helping wild parrot species and improving ways to release them into the wild. Baxter was living with several birds at the time but Thor was the only one who seemed to figure out how the enclosure worked. When asked why he did it Thor simply responded with “Birds don’t talk.”

Unfortunately this tale of unlikely animal accomplices does not have a very happy ending. When the owners came to get him they were informed they would eventually have to surrender him. By law, exotic animals (or ones that are not native to the US) cannot be kept as pets in the East Baton Rouge parish.

The kangaroo’s owners only have a week to find him a new home or they will be faced with a fine. “We can charge them, we can give them a misdemeanor sum or we can get them a temporary restraining order from a court and take the route through the court system,” said Daniel Piatkiewicz, director of the local animal control center, told WBRZ-TV.