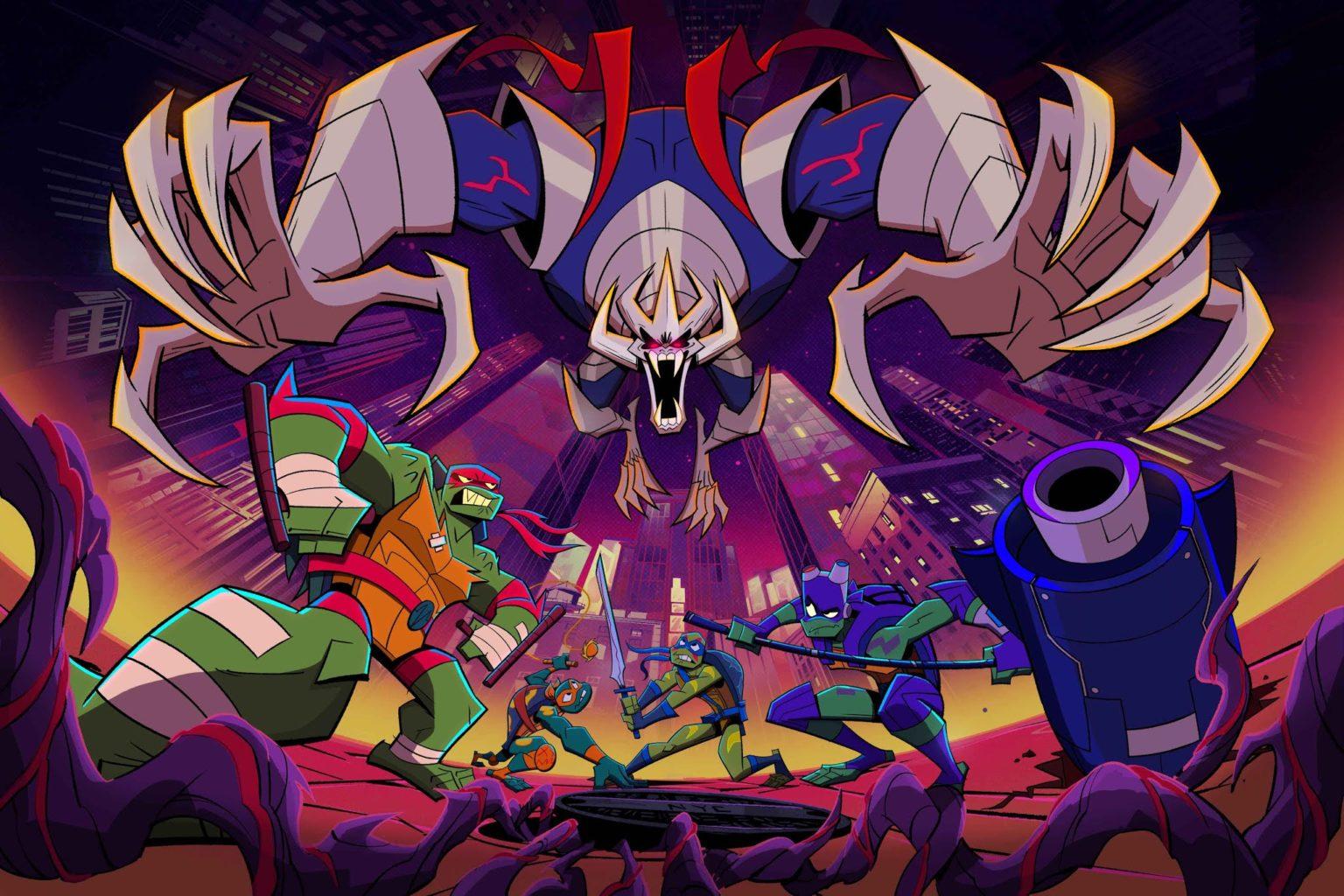 Of all the properties to emerge from the 1980s, few of them have proven as enduringly popular as the Teenage Mutant Ninja Turtles. What started as an independent comic in 1984 turned into an animated series in 1987, a feature film in 1990, as well as sequels and follow-up series in the decades afterwards. One of the more recent iterations was the short-lived Nickelodeon animated series, “Rise of the Teenage Mutant Ninja Turtles,” that ran from 2018 – 2020. It was previously announced that the show would be getting a follow-up film, and now we have images of what to expect.

If the art design looks a little bizarre to you, you’re not alone. This is by far the most radical redesign of the Turtles across all four of their animated series. And while it’s a return to a more traditional animated look as opposed to the 2012 CG series, they definitely took some liberties with the character designs. At the very least this may be one of the few times where you can tell the difference between the reptilian siblings beyond their traditional bandana colors.

“Rise of the TMNT” is the shortest lived of the four animated Turtles series, lasting for only 39 episodes across two seasons. The film, premiering on August 5th, 2022, will be coming out nearly two years to the day from the series finale. Not only will it serve as a continuation of the series but it will also escalate the action so to say by introducing a villain that didn’t appear in the series itself, Krang. Or in this case, “the Krang,” indicating that it will be the entire race of brain-like aliens instead of just the singular Krang that viewers of the original animated series would know.

This incarnation of classic Turtles ally April O’Neil is a 16-year old African American high school student. Based on the binder she’s holding though, it looks like April may be in college prep mode, considering it says Eastlaird University. Turtles fans would be quick to note that the name is a portmanteau of TMNT creators Kevin Eastman and Peter Laird. This version of April is a sharp departure from her previous iterations as a news reporter and lab assistant while also putting her in the same age range as the Turtles themselves.

In terms of Turtles films, this will be the third animated TMNT feature behind the theatrically released “TMNT” back in 2007, and the “Batman vs. Teenage Mutant Ninja Turtles” crossover in 2019. The partnership between Netflix and Nickelodeon on this is a little strange considering Nick is under the same corporate umbrella as Paramount+. The deal was originally inked in 2019 before the streaming wars really started heating up.

We’ll have to see if it’s a decent ratings draw for Netflix and where the future of TMNT series go from here. Check out our review for the recently released TMNT video game, “Shredder’s Revenge” while you wait for “Rise of the Teenage Mutant Ninja Turtles: The Movie” to hit Netflix August 5th, 2022.