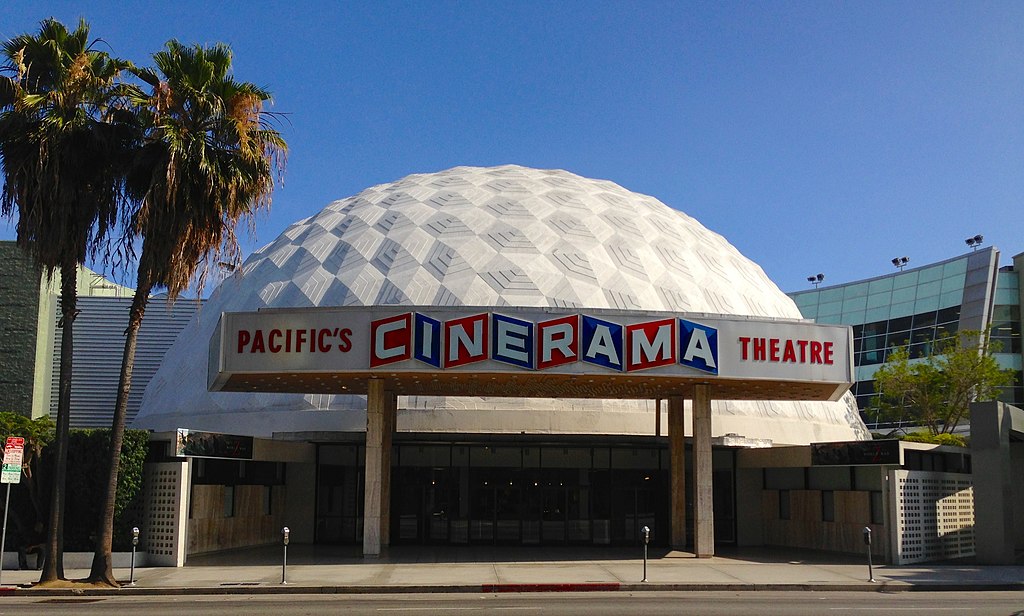 The Cinerama Dome will probably be reopening sometime in the near future. Last year, The Decurion Group, which has owned the Hollywood landmark for decades, filed for bankruptcy. They announced they would be closing all of their theaters, and selling them off. The only ones they held on to was the Cinerama Dome and the Arclight Hollywood, which is right next door. News about what would happen to the theater had remained scarce. Until today.

Decurion has reportedly filed an application for a liquor license at the Cinerama Dome.

The liquor license included both the Arclight and Cinerama, which will become one location, called “Cinerama Hollywood.” This included plans for a restaurant and two bars. While the Arclight was always a fancier kind of movie going experience, the combined location will have a much larger menu of food and drinks. The restaurant will have snacks like caviar with entrees that include oysters and octopus. While the application provides hope that a reopening is imminent, we don’t have a date as to when it will officially return.

The Cinerama Dome has been a fixture on the Sunset strip for over 50 years. First opened in 1963, the theatre remains the only concrete geodesic dome built in the world. The design was to accommodate its massive screen that was capable for projecting 70mm prints in a way that surrounded the audience. In the years since, it remained a popular theatre that kept up with innovations in projection tech to keep it a state of the art experience. The dome would also outlast other similar domes constructed by Cinerama, making it a one of a kind building. In 1998, Los Angeles designated it a Historic-Cultural Monument which protected it from demolition. The Dome has appeared in dozens of films and tv shows, most recently in “Once Upon a Time in Hollywood“.

However, it fell into the same problems that many theater chains fell into at the height of the pandemic. Its parent company’s other chains were already struggling to compete with AMC and Regal. So when the lockdown hit, the company could not keep afloat. The only thing keeping the Cinerama Dome safe was its protected status, though it did run the risk of being bought by another chain. Hopefully, when it does return, its reputation will be enough to keep it open and ready for years to come.

There were unfortunately no details about when the legendary theater, now known as Cinerama Hollywood, will be reopen.The Decurion Group has not yet commented.