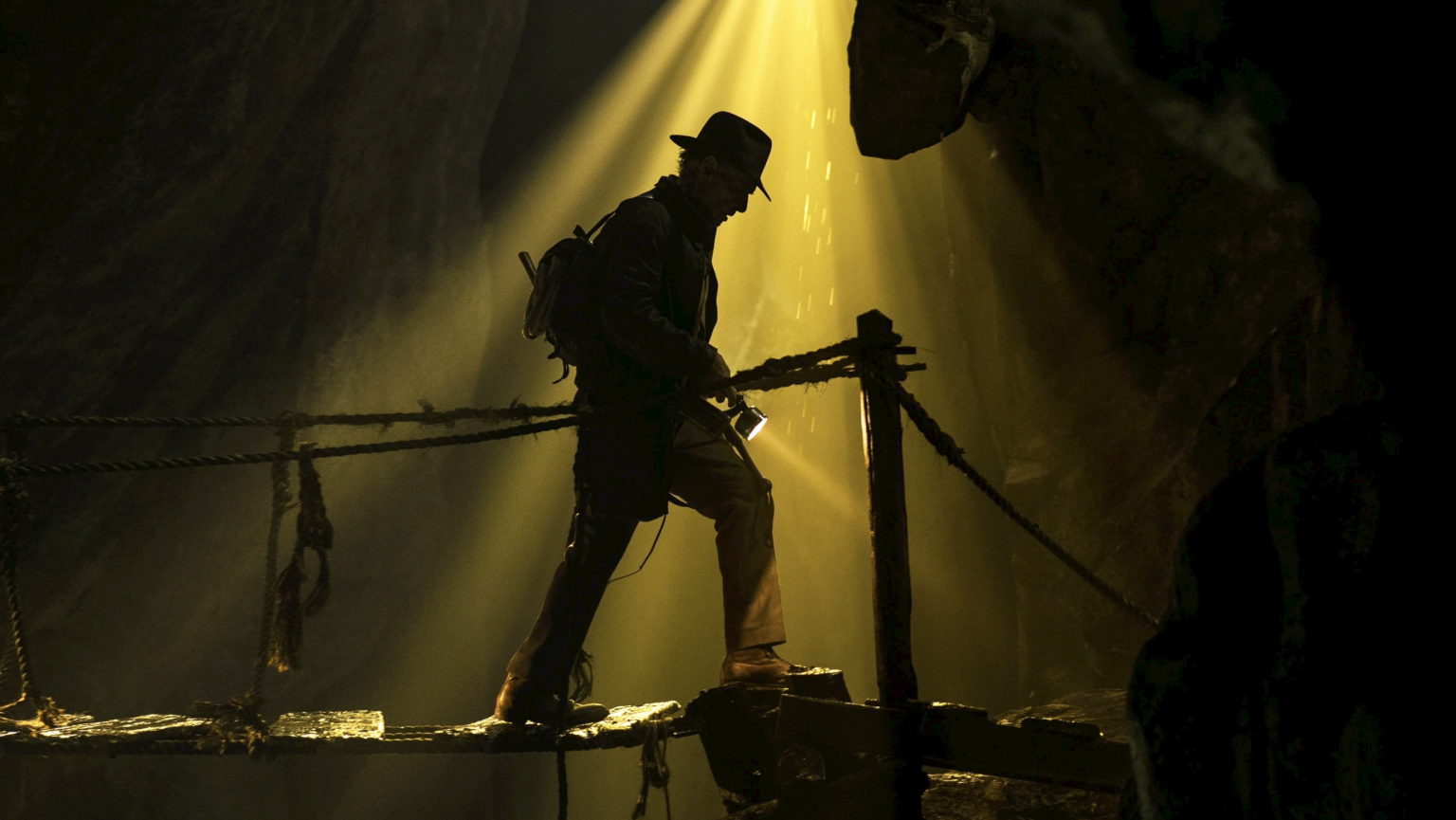 While we still have over a year before “Indiana Jones 5” rolls into theaters, we’re thinking about it a lot. During Star Wars Celebration 2022, official key art was revealed during the Lucasfilm showcase. Star Harrison Ford himself came out to wave and joke. The true Maestro of the Movies John Williams led the orchestra in a suite of familiar tunes, including Indy’s theme. But it also left us wondering- what the heck will this film be about?

Seemingly the sendoff of the iconic archeologist adventurer, “Indiana Jones and the Kingdom of the Crystal Skull” released in theaters in 2008. While marginally successful at the box office, fan and critics’ reception was…not good. Questions about it truly being the final chapter have been raised annually.

Indy 5 has been in some level of development (officially) since roughly 2016, when Disney officially acquired Lucasfilm. Script changes, director changes; Steven Spielberg was originally going to helm, but opted to focus on “Ready Player One,” bringing in James Mangold (“Logan“) to direct. Of course, the world-wide pandemic didn’t help with delays following 2019’s news, either.

2021 brought news about casting- Phoebe Waller-Bridge, Mads Mikkelsen, Toby Jones, and Antonio Banderas joined the film. We still don’t know anything really about the characters, but according to Banderas, we know he’s “not a bad guy.”

“So unbelievable. The first day I arrived, I was in the makeup trailer, and I turned around and there he [Harrison Ford] was in the full Indiana costume with the hat and the whip Phoebe Waller-Bridge was there with him, too, and it was so cool,” Banderas said while describing his first day on set. “I still remember the first time I saw Indiana Jones in a theater and the crowd was crazy about it. I thought, ‘This is like going back to the old adventure (movies) in a completely different way.’ What I can tell you about my character is he’s not a bad guy. He’s a friend of Indiana. He’s not the biggest character in the movie, but I don’t care. I just like to be part of that.”

“Indiana Jones” characters Marion Jones, née Ravenwood (Karen Allen) and Sallah (John Rhys-Davies) have not been confirmed, but haven’t been ruled out either. But, we can say with some certainly Mutt Williams (Shia LaBeouf) is not expected to return.

The 5th Indy film does not have an official title yet, but we’re expecting one to be revealed at either D23 or SDCC 2022.