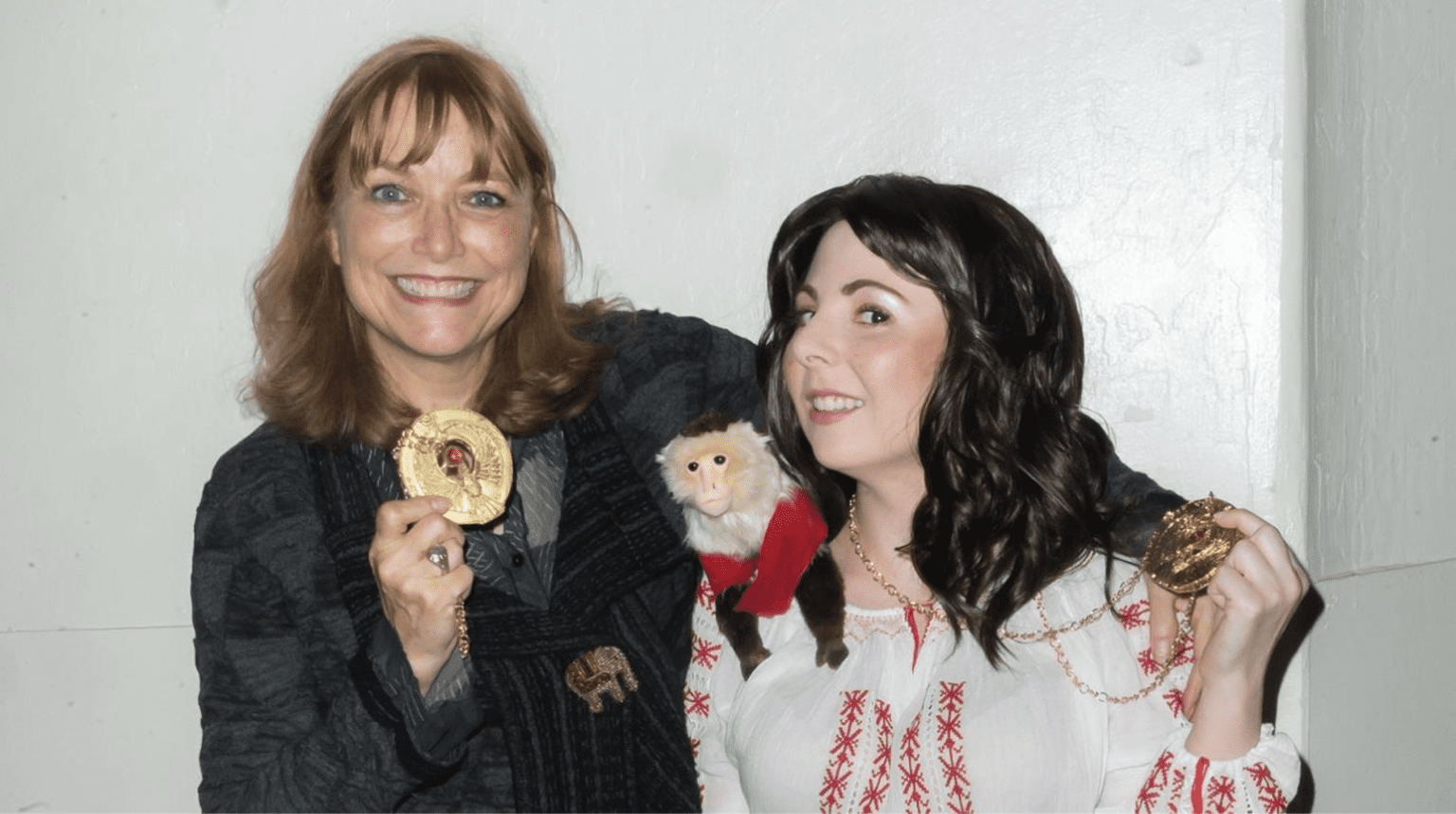 June 12th, 2021 marks an important anniversary for the ultimate adventure film “Raiders of the Lost Ark.” Launching the now iconic “Indiana Jones” film franchise 40 years ago, one of the stars is opening up about the experience of a lifetime. Karen Allen, who we absolutely adore, brought the character of Marion Ravenwood to life in “Raiders,” fiery companion of Dr. Henry Jones Jr., noted archeologist.

Allen recently chatted with the OC Register about her experience coming to film, including when she learned she got the part. Apparently, she was on another set when the script was delivered to her. She remembers reading some of it when auditioning, and says she had “fallen in love with the character of Marion by that time.” (I mean, can you blame her?)

“Just working again and again on that scene in the bar was just one of the best introductions to a character you can imagine,” Allen said. “So I was really quite gung-ho to do the film from the beginning.”

It’s worth noting that when Allen was reading for Marion, Harrison Ford hadn’t even been cast yet. If you’ll recall, it was originally going to be Mr. “Magnum P.I.” Tom Selleck in the lead, until his budding tv career loomed larger than the call of Steven Spielberg and George Lucas. Other potential Ravenwoods included Debra Winger, Barbara Hershey, and Speilberg’s girlfriend at the time, Amy Irving.

“I was going to screen test with Tim Matheson [who Allen co-stared with in John Landis‘ “Animal House“] as a potential Indy or John Shea as a potential Indy. I later heard that Jeff Bridges had auditioned, and Sam — what’s his name, with the really deep voice? — Sam Elliott had.”

What about the nightmare fuel of the Well of Souls scene, surrounded by practical slithering snakes?

“Those scenes were incredible to do because they were somewhat stressful. We had 7,000 snakes all around us on the floor. There was fire in there. My dress, as it turned out, was very flammable, so they had to have people standing just off-screen on each side of me in case my dress went up. I mean, it’s funny, it’s kind of harrowing, and Harrison and I were just having snakes kind of dumped on us, because the minute they hit the ground, they were trying to go away into cool dark places, instead of being in the light. And they dumped snakes on us and then Steven would scream, ‘Action!’ It was kind of being thrown into really harrowing circumstances and figuring out how to get through them together. We developed a really wonderful relationship based on just kind of navigating ourselves through those situations.”

I had the opportunity to interview Karen back in 2019, and I HAD to ask her a long-standing question. What the hell it is Marion puts to her temples after her drinking contest at the Raven Bar in Nepal?! If you’ll recall, the scene in question shows Marion holding something to her head, we assume this is to stave off the looming hangover after winning the contest. In the scene, an audio cue leads the audience to believe it’s shot glasses- when she ‘throws’ whatever is in her hands, you hear class breaking. But, it turns out they were always meant to be snowballs!

When I spoke with Allen, she told me they had even filmed Marion out in the snow, making the balls for the scene. So, story confirmed!

The only thing she still thinks was a mistake in “Raiders?” Marion ending up with Indy at the end.

“You know, here they’d created this extremely strong woman who was surviving on her own in Nepal, and speaking Nepalese, and matching this guy shot for shot in the whiskey department. I just thought, ‘You’ve created this wonderful character, now the last thing you want to do is have her suddenly go off with Indiana Jones and she becomes somebody who’s less resourceful or less independent or less able to look after herself. I thought that would be a big mistake to do that.”

Allen returned as Marion Ravenwood in “Indiana Jones and the Kingdom of the Crystal Skull,” where we finally saw the adventurous pair get hitched. We’re kind of hoping she’ll show up in “Indiana Jones 5,” which is currently filming in the UK right now.

The anniversary 4K edition of the “Indiana Jones” quadrilogy ships this week, to honor the 40th anniversary of “Raiders” opening on June 12th, 1981.