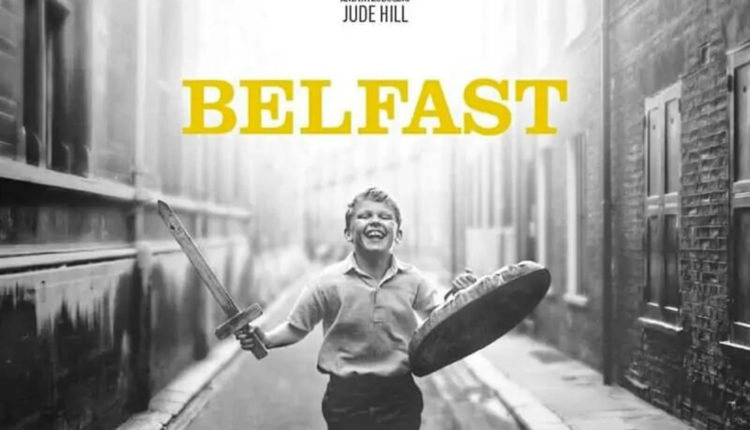 “Belfast” is Beautiful Ode to Growing Up in Hard Times [Review]

In the right hands, childlike wonder can be the perfect lens for things that would otherwise be difficult to digest. “Belfast” is both compelling, heartbreaking, and funny, recounting the tumultuous time of growing up in a changing and violent city through the naivety of a young boy. This framework doesn’t always land, but “Belfast” is expert filmmaking and storytelling. Its framework is engaging and heartfelt, and you can see the passion and deep seated connections the writer/director has with the story he is telling. The film is also the perfect blend of heart and humor, never feeling like the jokes infused into a crumbling surrounding undercut the gravity of the historical situation that surrounds our main characters. This is a deeply personal and touching coming of age story, a film that is powered by its brilliant performances and sharp directorial skills. Despite being set in a religious civil war that quite literally tears the city apart, “Belfast” is joyous, funny, and heartfelt, and somehow one of the most touching and feel good films of the year.

Kenneth Branagh, who’s work behind the camera is largely comprised of Shakespeare film adaptions with “Thor” and the dumpster fire “Artemis Fowl” to round out his extensive and increasingly eclectic directorial filmography, writes and directs. The list of notable performances in front of the camera is also diverse, as he often chooses to star in his own films (particularly with his Shakespearian ones) but most people with probably recognize him as Gilderoy Lockhart in “Harry Potter and the Chamber of Secrets.” Branagh is reunited with his longtime cinematographer Haris Zambarloukos, and music by rock legend Van Morrison. “Belfast” tells the story of a working class family living Belfast during civil unrest between Protestants and Catholics in the late 1960s that would come to be known as The Troubles. The film follows 9 year old Buddy (Jude Hill) who is trying to navigate his childhood as the world around him gets increasingly more dangerous.

“Belfast” is about a lot of things all at once, but at its core it is a loving look at family, cherishing loved ones, and growing up. The film holds the wonders of youth in the highest regard, with much of what is transpiring around the young boy framed as more of attacks on innocence than the actual, historical consequences. Branagh visualizes his youth with immense reverence and passion, conveying the challenges of growing up against the backdrop of a violently changing world. Some may believe that Branagh’s broad stroke approach to The Troubles of Northern Ireland is a fault, criticizing his romanticism for his own childhood as a way to avoid confronting the deeper themes of civil unrest that lasted some 30 years. But The Troubles is simply not what the film is about, and is served better for not. The religious clashing that tears Buddy’s city streets apart is merely a back drop for a more fond, kind look at the world through the eyes of a child.

The film is beautifully framed, and you can feel Branagh’s love and care for this story and this family that pours into every single frame. For all the dangers and tragedies that befall the citizens of Belfast, it is that very romanticism of youth that makes “Belfast” so compelling and enjoyable. And surprisingly, the film is damn funny. Not laugh out loud funny, but sharp and witty and bright eyed. Jude Hill is a damn delight, and makes his onscreen debut to much fanfare from both audiences and critics. Hill perfectly embodies a boy who knows that the world around him is getting more and more different with each passing day, but his main concern is getting better at ‘maths’ so he can sit next to his crush. Or finally talking with her to work on a joint project about the moon landing. Or going to the cinema with his family to watch “Chitty Chitty Bang Bang.” These are moments that will define Buddy for the rest of his life. Not the looting and fighting and car bombs. Branagh is keen to this, and Hill’s performance makes you long for the days of your own childhood.

“Belfast” is essentially “it was the best of times, it was the worst of times” come to life told through eyes of a charming, insightful, but funny 9 year old boy. He is joined by true star power, too. Including Dame Judy Dench as his grandmother, Jamie Dorner as his father, Caitriona Balfe as his mother, and Ciaran Hinds as his grandfather and most influential relationship. As a personal note for me, it’s nice to Hinds in much kinder and gentler role, as he is often cast as a broken or villainous man. The relationship of this family is the crux, and the performances help viewers to overlook any and all narrative deficits and simplicity of the base narrative. You feel for this family and everything they are going through. You are filled with joy as they watch a film together in awe, or share embrace or come together to make big, life changing decisions. The emotional mastery of these performers make you feel as though you could watch this family for the rest of their lives, and it is truly something special to behold. The tragedies of an ever changing city become mere backdrops to what is more important thematically, and Branagh gets the most of out every single performer to drive them into our hearts. Lovingly, of course.

“Belfast” is surprisingly lighthearted and heartwarming, with just enough humor to ease the tension without every undermining the turmoil. It is a period piece but also a coming of age story but also a drama about family as well as a humorous story about a young boy growing up in a strange time. Somehow, it manages to do all of these things well without ever diminishing one or the other. For such a simple story, “Belfast” feels like a fully realized, complete film. One that isn’t concerned with retelling actual historical events, but rather inviting us into a small family that mirrors our own even if the time and place does not. That is incredibly difficult to do, and Branagh proves once again that, when given the right material he is one of the best and most compelling directors working today.

I highly recommend “Belfast.” It is a beautiful film that will absolutely make your heart sing and begin reminiscing about your own cherished childhood memories. Even in the wake of some of the most difficult times in their history, “Belfast” reminds us that it’s good to be a kid again.