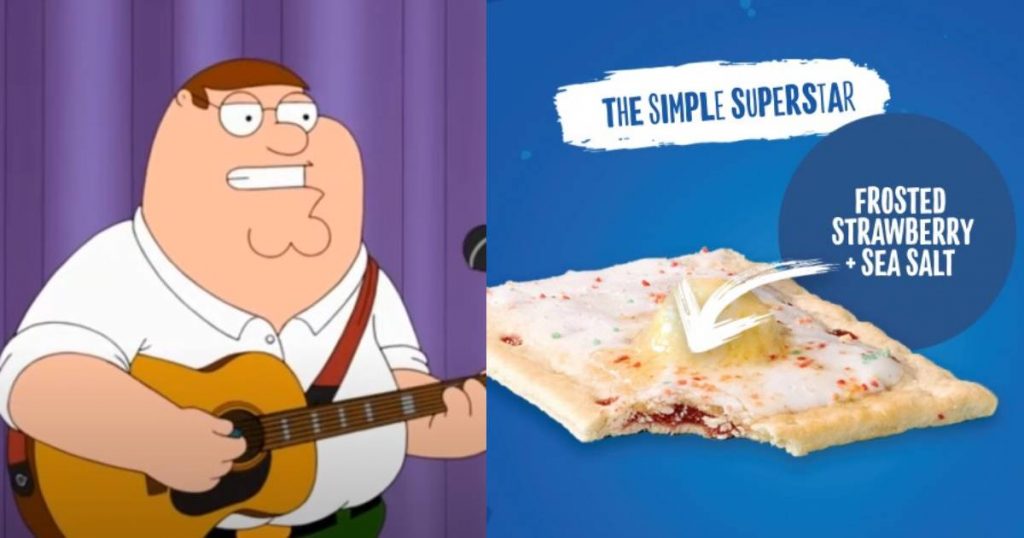 Get Yourself an Official Pop-Tart Buttering Kit With Gourmet Butters!

Buttering your Pop-Tart is a highly debated thing. Most people say that it’s good on plain, filled Pop-Tarts. Others say butter and frosted are the way to go. But nothing made it sound more appealing than this song from “Family Guy.”

Since then, people have been debating on social media whether butter on a Pop-Tart is the right way to eat them. But now Kellog’s have embraced it, and are dropping a full-on official buttering kit.

Some of the flavors are expected to pair well with Pop-Tarts but they’ve also thrown in a few that could be hit or miss. The Pop-Tarts x Butter Kit features three iconic Pop-Tarts flavors (Frosted Strawberry, Frosted Brown Sugar Cinnamon and Frosted Chocolate Fudge), and six slow-cultured butters hand-selected by Banner Butter’s Head Churner.

The buttering kit will release November 16th at 12pm (EST), 9am (PST). These will probably sell out fast so if you want to get your hands on one set an alarm and get ready! Get your own here.