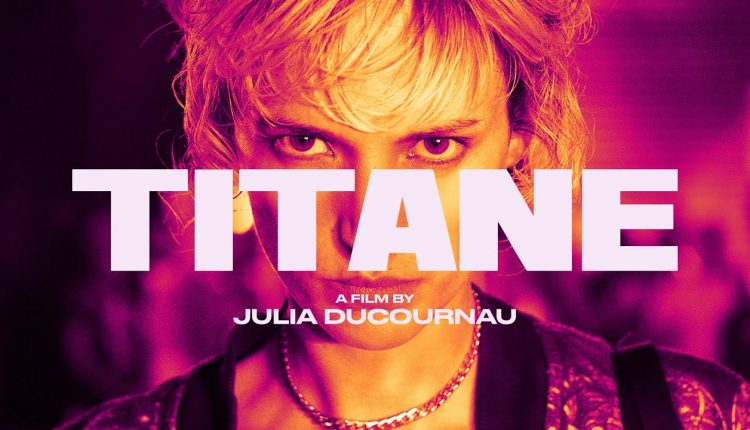 There are movies, there are films, and there are auteur creations from young directors that are hard to categorize. And then there’s “Titane,” a literal mind job of a film that somehow manages to up the ante. from the director’s previous work in “Raw” while simultaneously subduing the strangeness the longer the film goes on. That’s not to say the film is less strange that in its premise; it’s not. My god, is “Titane” strange and unnerving, and sometimes hard to watch. But it’s also impossible to look away from, even when every instinct in you is screaming to turn it off. There is a real heart here, and as bizarre as the film gets it never loses sight of its undercurrent of purpose. “Titane” is an examination of the human condition that uses extreme violence and unexplainable events to touch on loss, grief, delusion, and our need for companionship that is often found in the most unlikely of places.

There is simply nothing I can say that can prepare you for “Titane,” as the plot summary doesn’t do justice to the nuances of how those things actually play out. You’re truthfully better off going in knowing as little about it as possible, outside of knowing you’re in for one helluva of a movie going experience. It is wholly unique in ways I don’t think I’ve ever seen before, and I’ve seen “Raw” more than once. The film is a test of mental fortitude, and while it’s not grotesque or any kind of torture porn, it does ask that you look past its violent and bizarre visuals and premise to understand its higher purpose. Make no mistake, “Titane” may be off putting and not for everyone, but it most certainly has meaning and merit.

Without giving too much away, “Titane” is written and directed by french filmmaker Julia Ducournau and stars newcomer Agatha Rousselle and veteran actor Vincent London. It premiered at the 2021 Cannes Film Festival and won the Palme d’ore award, the festival’s top award and became the first to be won by a solo female filmmaker. The film follows Alexia, a young girl who makes a living stripping at car shows. As a child, she was in an automobile accident that required her to have a titanium plate put into her skull. She has a sexual fascination with cars, and also an uncontrollable knack for murder. After a somewhat supernatural experience with a flamed cadillac and a murder spree at a swingers party, Alexia disguises herself as a missing boy named Adrien, and enters into the life of the grieving father Vincent. Naturally, the lives and lies of both individuals begin to unravel with dire consequences, leading the both to reckon with their own shattered lives.

Ducournau is know for her unwavering examination of the body and the pragmatic way in which she depicts violence onscreen. Her camera work is often unflinching, which makes for some gruesome moments that are seldom for the faint of heart. She has stated that this fascination stems from both of her parents being doctors, who often discuss and examine bodies at arms length and with extreme pragmatism. “Titane” (like it’s predecessor “Raw“) embraces this to the fullest, with one scene in particular where Alexia breaks her own nose to resemble the missing Adrien being far more haunting that any kill in her murder spree. What sets “Titane” apart from other films who attempt to use extreme violence as a vehicle for social or human commentary is execution. Ducournau is calculated in her approach, and never allows the film’s very violent nature to overtake the story of broken people seeking unlikely companionships. She never loses sight of what her film is ACTUALLY about, and constantly asks her audience to look past the visceral depictions of the macabre into what’s really going on.

It’s this kind of expert filmmaking that makes “Titane” so hard to deal with (in a good way) after its conclusion. Ducournau forces her audience to sit with the experience, and mentally unpack the events in hopes that they will uncover the films true meaning for themselves. All of this is elevated by fantastic performances by Rousselle and London. If you didn’t know this was Rousselle’s first feature film, you would have no idea based on this performance. She brings humanity to a reprehensible character, and once she is paired with Vincent (London), the two are incredible. There is raw emotion pouring out of both of them all the time, and they are the gateway into peeling back the layers and getting to heart of “Titane.” They are both heartbreaking, broken, and rather disturbed individuals who are constantly struggling with their own addictions and actions and losses.

Both actors actually ease the bizarreness of the film’s premise for viewers, making it far more digestible than the synopsis suggests on paper. That’s not to say the film is made easy by stellar performances; it’s not and the disturbing premise never really gets easy to deal with. Just that, when you read official plot details, you get the sense that none of this should work as well as it actually does. But “Titane” is in very capable hands, both in front of and behind the camera that somehow pulls it all off in spectacular fashion. The film has a true vision and purpose, and both the director and the film’s leads seem to all understand what’s hiding beneath the surface.

It’s extremely hard to classify “Titane,” and I’ve been wrestling with what to do with it ever since the credits started rolling. It is a beautiful film, both in its unflinching visuals and expertly executed narrative. I think the films only weakness is not really being accessible to everyone. “Titane” is not a movie I can even recommend even if I enjoyed it and don’t really have a bad thing to say about it. At least, I THINK I enjoyed it? I’m so conflicted with this film, because I don’t know that I could watch it again or recommend it to anyone, but I also feel like its a must see film. If for nothing else, you just have to see it to believe it, and there are elements that I have purposefully left out that are going to be extremely hard for anyone to deal with. Yes, even for those that seek these kinds of things out.

Regardless, “Titane” is a movie watching experience that sticks with you whether you want to or not, and is impossible to forget. I can’t say that I want you to watch this film, but also I don’t advise to not watch it, either. What I do recommend (if you’re unfamiliar with her work) is to watch “Raw” first, so you can get a taste (pun intended) of what’s in store if you decide to sit down and give “Titane” a try. Both films will most certainly stick with you and be unforgettable experiences, good or bad.