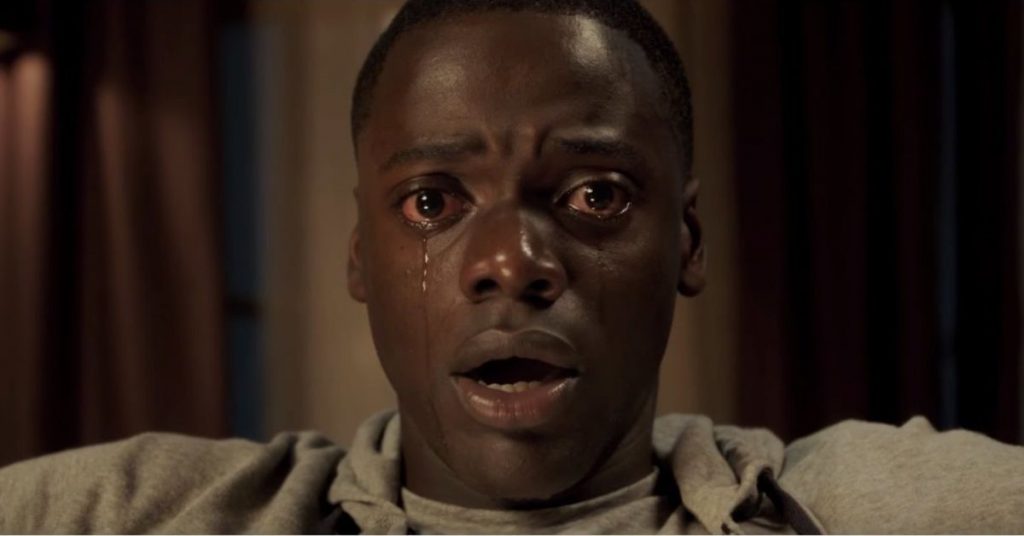 For the first time is this spooky season series, I have eliminated the phrase “Top” from the category heading. This is mainly because this list more objective than the others, and has no real category or basis for its inclusion. Also, the films that you might think SHOULD be on this list aren’t necessarily excluded as much as I just needed to limit it to 10 instead some indefinite or infinite number. Like most of the lists in this series, I don’t go very back into the decades to pull favorites. Not because older films aren’t good or stand the test of time in the horror genre, but more so I’m just not a big horror guy, so the list of films I select as favorites are a reflection of my limited number of horror films I’ve actually seen. Since this list is expanded to 10 instead of the usual 5, let’s get into this thing! Here are 10 of my favorite horror films!

I always forget how good this movie is. Ya, I own it and it plays on cable every Halloween, but for some reason I continually forget how much I like it. “It Follows” is an allegory for STDs among teens, and is executed on such a high level of suspense and thought provoking elements, you can see why it’s one of the few critically acclaimed horror films. It’s really well acted, well paced, and just well done overall. It’s rare that a horror film featuring an unkillable supernatural pursuant has so much to say, and “It Follows” really combines its message through the horror vehicle tropes in one of a kind fashion. You should watch this movie, just…you know, don’t have sex or it’ll come for you too.

I’m not claustrophobic, but the idea of spelunking and cave diving is absolutely horrifying to me. The idea of having to crawl through tiny rock spaces not meant for humans with a high chance of getting stuck and withering away to your death slowly is about as haunting to me as death itself. Add to that zombified cave dwellers and you’ve got yourself one of the most terrifying films I’ve ever seen. “The Descent” makes the list not because of the monsters we eventually meet, but because of the situational horror that befalls our heroes throughout the first and second act. Filmed with practical sets that absolutely terrorized the actors while filming, the real horror is the idea of traveling into the unknown with the only way out of hell is further into the darkness. This is a really well made film and is often forgotten in the long list of horror flicks.

“Cabin in the Woods”

You know me. I know you know me. And you know that I know you know me. So you know damn well a hyper meta narrative on the horror genre as a whole like “Cabin in the Woods” would make my horror list eventually. I’m pretty sure “Cabin in the Woods” has made multiple lists over the years for me, but I can stress enough how much love this film. From its meta commentary on the state of horror to its unmatched performances from Bradley Whitford and Richard Jenkins to a young, pre Lord of Thunder Chris Hemsworth, this film has absolutely everything for everyone. I know, the idea of anything with Joss Whedon’s name on it is cringe, but I can’t in good faith have a random list of favorites without including this one. I mean, c’mon! Who doesn’t wanna see a merman?!

“The People Under The Stairs”

The oldest film on the list, it makes a strong claim to be here for me. It is a long forgotten film in the long list of Wes Craven outings, but personally I think it stands out as one of his best. It’s subdued in the gore factor and franchise requirements, and really demonstrates Craven’s overall horror vision unrelated to long standing staples of the genre. It’s weird, sure, but “The People Under The Stairs” has a lot to say underneath its creepy old house aesthetic. It is a solid commentary on gentrification, class warfare (particularly at the time the film was made in the early 90s) and capitalism. There’s also hints of racism, and it’s refreshing and fun to see Craven confront so many high level social concepts. He also does it really well here. If you haven’t seen it or haven’t checked it out in a while, I’d recommend giving it another go. I’d argue it might be one of Wes Craven’s best standalone outings to date.

Who knew Jim from “The Office” would be so adept for writing, directing, and starring in a horror movie that relies on silence as its primary survival tool? “A Quiet Place” is better than it ever should be, and is one of the most surprisingly enjoyable films I saw in 2018. With its unique premise, strongly executed direction and solid cast, the film is another example of someone like John Krasinski tapping into an unlikely skill and finding success. It’s honestly just a really well made film, and even its sequel managed to pull off the impossible of being a great follow to a film that seemingly didn’t need one. If you were on the fence about this franchise, I’d highly recommend giving both films a go.

Yet another example of an unlikely name splashing onto the horror scene in spectacular fashion. “Get Out” is one of the best films to come out in the last 10 years. Not just for the horror genre, but just for all films in general. The attention to detail and expertly crafted narrative and framing is absolutely dumbfounding when you learn that it was Jordan Peele’s directorial debut. That kind of thing just doesn’t happen, let alone happen from a sketch comic “MadTV” veteran. “Get Out” is what horror should be; a social commentary told through the vehicle of fear, and “Get Out” has both in spades. I guess we have to give credit where credit is due and recognize Bradley Whitford for making this list twice. He’s just that damn good. I can’t imagine anyone that hasn’t seen it, but if you haven’t seen “Get Out,” you’re doing yourself a major disservice.

I don’t care what you say, I love this movie. Does warrant the multiple sequels? No, not at all. But “The Prophecy” is a wonderful supernatural horror film that sports an impressive cast and unique premise steeped in religious ambiguity and questions. One of my absolute favorite lines is from Thomas Daggart (Elias Koteas) when he asks, “ask yourself…would you ever really want to meet an angel?” The dark take on a glorified Christian belief is unique and intriguing, and you just can’t go wrong with Christopher Walken as the dark angel Gabriel. It’s all just too good to be true, and despite its low rating on rotten tomatoes, I adore this film and believe it deserves better and deserves to be seen.

I thought a lot about including this film. I wondered if maybe I was only including it because I just recently watched and reviewed “Titane,” and also questioned why I would add a film to a favorites list that I have no intention of seeing more than once. But this particular list is random, and while I have forever been changed for having watched “Raw,” it’s hard to say it’s not deserving of making the list. It is expertly made, and while its subject matter is really hard to swallow (pun intended) and the film is light on scares overall, it is so unnerving and haunting in its premise that you can’t help but remember it forever after you’ve seen it. I don’t know that I would necessarily recommend it to anyone, but if you can stomach it I would give it a watch. Be warned: “Raw” is not for the faint of heart even by gore seekers. It is so pragmatic in its depictions of mutilation and bodily harm that even if those things don’t normally bother you, there’s a strong chance they might here.

LIke “Raw,” Ari Aster’s debut film is another one I won’t even watch again but has left a lasting impression on me forever. This is a strange stance to take considering the film kind of requires multiple viewings to really grasp the events of the story. I’ve opted to simply read multiple interpretations rather than pour through the film again myself. That’s not because the film isn’t good; it’s fantastic. But I was so disturbed by its events on an emotional level that idea of sitting through it multiple times doesn’t strike me as something I want to put myself through. But damn, is “Hereditary” an amazing film. It will stick with you no matter how you feel after it’s done, and if you can stomach a film where everyone you meet has their fate sealed from the very beginning (spoiler alert: it ends poorly for everyone) then “Hereditary” is the film for you!

I thought long and hard about this last one, and for your own peace mind, know that films like “Jaws,” “The Shining,” “The Purge” and even “Saw” were all possible contenders for this coveted 10th spot. “It‘ makes the list because of just how surprisingly good it actually ended up being. I remember seeing the original made for tv version as a kid, and Pennywise still ranks as one of the scariest clowns ever captured on film. And I don’t even have a fear of them. “It” succeeds due to its sharp writing, strong child actor cast, and ability to bring individual fears to life. There are some intentional jump scare moments that would’ve been better served as suspenseful opportunities, which is my only criticism. But when it leans into simply creating a haunting and unsettling atmosphere, man does “It” shine. Lastly, the balance of horror and humor cannot be overstated, as both are done really well and balanced, with neither one overriding the other.