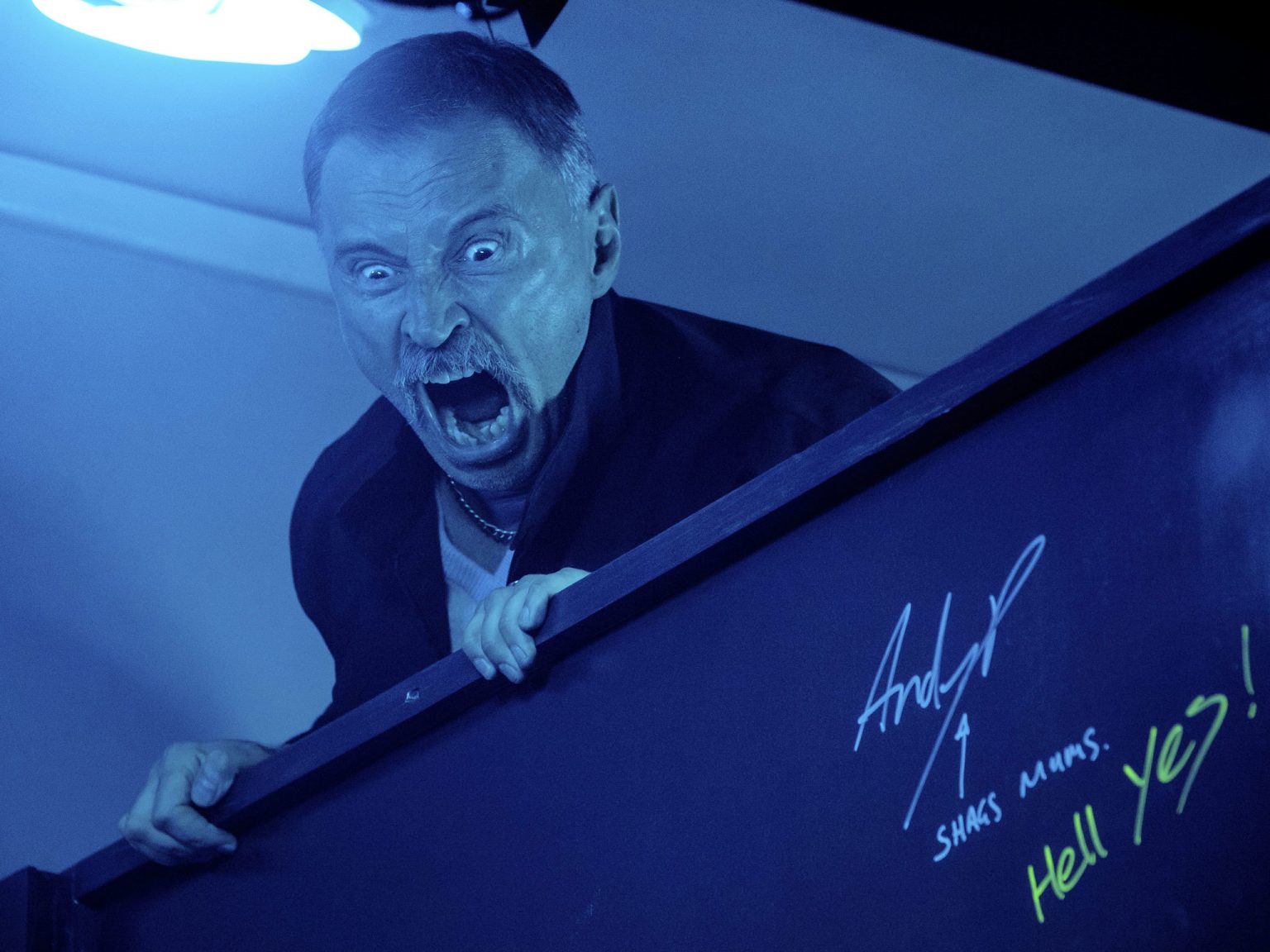 Danny Boyle‘s masterful yet hard to watch “Trainspotting” is getting a tv series, and we’re both excited and apprehensive. In a world of not-great sequels, “T2 Trainspotting” was absolutely mesmerizing, and a testament to Boyle’s filmmaking evolution. Featuring the returning main cast from 1996’s landmark flick, “T2” opened the doors for additional stories in the universe.

That’s where this new project, “The Blade Artist,” comes in. Irvine Welsh, author of the 1993 novel “Trainspotting” which inspired Boyle’s films, published “The Blade Artist” in 2016. The story takes 20 years after the first novel, and will be the inspiration for a television series of the same name.

Robert Carlyle, who plays Francis Begbie in both films, will be starring in this 6-part series. He’s also executive producing alongside Welch.

Of the project, Welsh said: “Begbie is Begbie, and Robert is the long-term friend and collaborator who inspirationally brought the character to life with his incendiary portrayal. To say I’m excited at us reuniting creatively on this project is obviously something of an understatement.”

“The prospect of working with Irvine and bringing Francis Begbie to life once more is an absolute gift,” Carlyle added.

According to Deadline, “The Blade Artist” will follow Jim Francis (aka Begbie), a “reformed character who believes he has found the perfect life. But a return to Scotland for the funeral of a murdered son he hardly knows confronts him with a past he can barely recall and he soon discovers you can take the boy out of Edinburgh, but you can’t take Edinburgh out of the boy.”

So maybe it won’t be a laugh-a-minute show, but we are certainly in for whatever ride Begbie takes us on.

We’ll let you know what we hear about a home for the project, and other news.