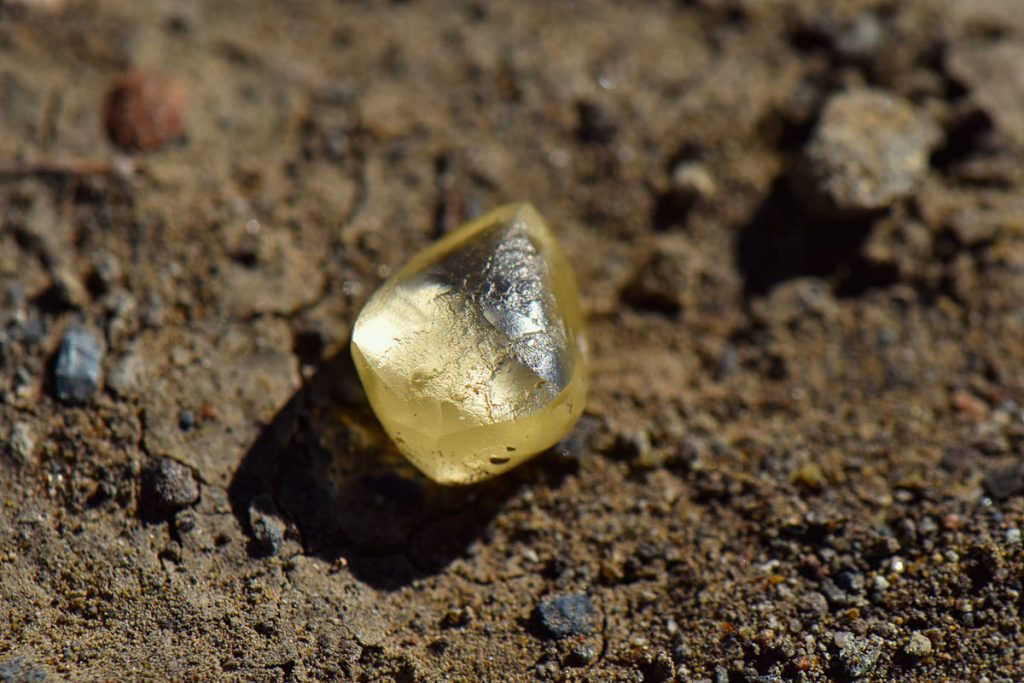 4.38 Carat Diamond in Found at Diamond Mine in Arkansas

While visiting Crater of Diamonds State Park in Arkansas, Noreen Wredberg and her husband found a 4.38-carat diamond. The area is open to anyone who wants to go. When you find diamonds the staff will let you know how big and then logs it for their records.

This year, 258 diamonds have been discovered at the park, for a total of 46 carats. They say that the average found per person per day is about two diamonds.

Wredberg says that she realized the mine was close while on vacation with her husband, and thought she should check it out. “I first saw the park featured on a TV show several years ago,” she said. “When I realized we weren’t too far away, I knew we had to come!”

They reportedly only searched for about 40 minutes before finding this diamond sitting out in the open. She said she didn’t even know it was a diamond at first. She just saw something shiny and put it in her pocket. Relatable, amirite?

This park is one of the only places that allows the public to go in and mine for diamonds. This news has not only brought me joy for the couple that found this diamond, but also added a new destination to my bucket list. Of course I’ll also be singing the dwarf’s song from “Snow White” the whole time I’m there. Other people are just going to have to deal with it.