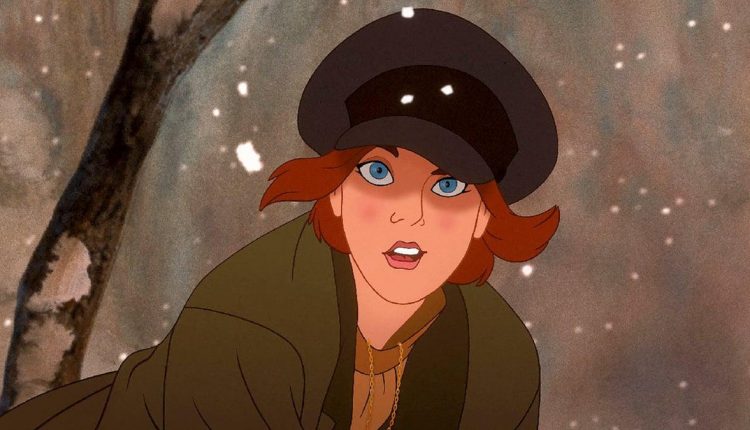 Our Top 5 Don Bluth Films to Celebrate His 84th Birthday

Don Bluth has one of the wildest and most interesting careers in animation. After starting at Disney in the 1950s working as an assistant on “Sleeping Beauty,” he was able to see the company at the height of its powers. In the following 20 years, Bluth would develop as a major talent in his own right.

Recognizing how far Disney had fallen during its creative low points in the 70s, Bluth helped lead a rebellion in 1979 against the struggling company, where 17 animators resigned in frustration over low budgets and lack of passion in the studio. Bluth and his co-director Gary Goldman, would go on to spearhead a number of movies both independently and with the likes of Steven Spielberg.

The next 40 years would be a rollercoaster ride of wildly influential hits and poorly received films. Bluth’s greatest strength- and biggest liability- is being unafraid to take big risks. Despite some setbacks, the guy keeps on trucking, and is still active well into his 80s. He still teaches his own animation school, oversees projects related to his work, and has his name over a theater in Scottsdale, Arizona.

To mark his 84th birthday, let’s take a look at what I consider to be his top 5 works.

For many readers, this will probably be the most recent and well-known of his films. The adaptation of the modern Russian legend was 20th Century Fox’s big attempt at taking Disney’s thunder during their 90s animated renaissance. The timing ended up perfect as Disney was starting to wind down its golden age, with the slightly muted audience response to “Hercules” and “The Hunchback of Notre Dame.” “Anastasia” is steeped in the Disney playbook of being full of catchy songs, lush animation, and celebrity voices.

A famous (possibly apocryphal) story related to the production: Fox tested the film with audiences, and it received a much higher response when they made it look like this was an actual Disney film. It speaks to how well-made the film is, but it is also why I put it at number 5. The movie is a straight down the middle safe film for families. Other than some of the wild animation of the villain Rasputin, there is not much in the way of innovation to make the film stand on its own.

It is certainly entertaining and well regarded, but not a big indicator of what Bluth and his team was capable of.

The success of “Anastasia” gave Bluth a blank check from Fox to try something much more ambitious. “Titan A.E.” is a love letter to old school space operas was full of crazy designs, barely explained lore and tons of early CG work. It was also a film that was meant explicitly for older kids, where it focuses on humans trying to survive after the complete destruction of Earth by aliens. The problem was that animation was still seen as the realm for either young children or just for adults, with little room in between. Not fitting in to a safe category ended up dooming the film, with people simply not getting who this was for. This is not to say that the film is some lost classic, though it does have its defenders. I personally find the pacing to be a little drab and the voice acting to be hit or miss. However, I always prefer trying something completely different visually than playing it safe and easily digestible. The aliens, ship designs, and environments look genuinely cool, even if they are dated today. It is worth a look but more for what it is trying to do than what it actually does.

“An American Tale” proved that Disney was not only vulnerable, but could be actively challenged at the box office. With the help and backing of Steven Spielberg and Universal Studios, the story of Fievel and his family’s immigration to America was able to beat Disney’s “The Great Mouse Detective” by over $20 million at the box office.

It helped cement Spielberg’s abilities as a producer to make something just as good, if not better, than what Disney was doing at the time, having come off the disaster of “The Black Cauldron.” It was also steeped in Bluth’s sensibilities in combining fluid and detailed animation while also being unafraid to engage with issues that were darker than most children’s entertainment. Critics at the time were slightly dismissive of its bleak tone while also not addressing obvious issues like anti semitism head on and instead couch it in metaphor. But as an introduction to what the American dream and reality meant to a whole generation of people, it stands as a good primer to open discussion with younger viewers.

This adaptation of the children’s book by Robert C. O’Brien was proof of concept for Bluth and his team to prove that they didn’t need Disney to make a well produced animated film. Escaping from old creative restrictions was not an easy challenge, and the film took over two years to complete. The result was something both beautiful and haunting, where magic exists in the same world as genetically engineered super rats. The mesh of fantasy and sci fi is grounded with a very basic story of a mother trying to protect her children. While “The Secret of NIMH” was only a modest success, the film has resonated for years as a precursor to the more mature animation that we are used to today. Compared to what most American animation was doing at the time, this was miles ahead and helped get younger audiences ready for the wave of anime coming to the states in later years.

Much like what “Anastasia” did for Bluth Animation in the 90s, “An American Tale” gave the studio carte blanche to make a prehistoric epic. The results paid off, and “The Land Before Time” became a classic and franchise in its own right (albeit without Bluth’s involvement). It is also the best example of the type of balancing act that the studio tried in terms of balancing kiddie entertainment with much darker elements.

For all the fun animation bits and cute little dinosaurs, this is also a move explicitly about overcoming grief. The topic of death is handled head on, with Littlefoot and the gang being exposed to watching your entire world being rocked with destruction. Nothing is shied away from, and the sense of mortal danger feels visceral and real. It is heady stuff, but it is also honest about what the world can do, while also saying that fears can be overcome. Some audiences found it a little too much, and it had quite an effect on young kids of my generation. But it is also potent because it works so well in spite of everything else. From a film buff standpoint, it is also fascinating as a work that shows the push and pull between Bluth and Spielberg in terms of managing that tone. Over 11 minutes of scenes were cut and the seams are apparent, where scenes tend to jump around without notice. Despite that, the film is still beautiful to watch, though I don’t recommend it on a gloomy or sad day. I also encourage everyone to just forget the sequels and let this one stand on its own.

“Dragon’s Lair” and “Space Ace.” Not films, but still an incredible experiment and proof of Bluth’s willingness to try new things.

“Rock-a-Doodle.” A film that barely works and is all over the place in terms of quality. But the songs are catchy enough and it holds a deep place of nostalgia just for being so damn weird.

“All Dogs Go To Heaven.”

Watch: Son Defends His Mother Against a Scamming Salesman

Ghoulish Garden Halloween Decorations at Target are Spooky and Cute!